How Airbnb managed an IPO in the worst year for travel

So, you've probably heard the news. But if you haven't, let me get you up to date. Airbnb is going ahead with its IPO, and everyone is excited but cautious.

It's been a tough year for the tourism industry, and Airbnb was no exception. Facing massive cancellations, firings, and an unpredictable global situation, the idea of an IPO seemed bleak.

Then, Airbnb announced a positive third quarter in what seemed an improbable turnaround. In mid-November, it filed its S-1 to go public. How did a company that relied on tourism manage to do this? We'll tell you all about it in this episode of Forensics.

A refresher on Airbnb's history

In case you haven't seen our video on Airbnb, which you should, here's a quick summary of how the company was born.

Joe Gebbia and Brian Chesky shared an apartment in San Francisco. They needed some extra cash to pay rent, so they put an air mattress in their living room and offered breakfast. This air bed and breakfast idea actually worked. So, after Nathan Blecharchzyk joined them as CTO, the three launched Airbedandbreakfast.com in 2008.

Though it offered short-term stays to those who couldn't find hotel rooms in crowded cities like San Francisco and New York, it failed to catch on.

And their final idea seemed good: find a place to stay and make a reservation in only three clicks. It sounds excellent, but investors weren't interested. Fifteen investors passed on the idea until one guy decided to put some money on it.

From the Y-Combinator program, Paul Graham decided to take them under his wing, providing cash and training, in exchange for a slice of Airbedandbreakfast.

After using the new funds to help with the advertising, both the founders and Graham felt something was lacking. It was the name: Airbedandbreakfast; it sounded rigid and uninviting. So, they came up with Airbnb, and so began a new era.

In the next two years, the company went from 10 000 users and 2500 listings to 700 000 bookings and, most importantly, a lot of investment. In their second round of funding, Airbnb obtained $7.2 million, valuing the company at $70 million.

The app also won awards, opened its first international office in London, and even reach 10 million nights booked by 2011. After securing more than $112 million in funding, the operations had grown so massive, Airbnb opened offices in hotspots like Barcelona, Milan, Paris, and Sao Paulo.

It even became one of the first U.S.-based companies to operate in Cuba, after the Obama administration eased restrictions on the Caribbean country. The brand was attractive and, by 2015, it obtained $1.6 BN against a valuation of $25.5 BN in its Series E-1 round.

With such funding, it started absorbing the competition. Airbnb acquired Accoleo and CrashPadder in Europe, then bought companies that worked at hyper-local levels, with valuable data such as mapping and restaurant guides. This way, Airbnb was consolidating itself as one of the leading choices for short-term rentals.

But it's not all a fairy tale. Having hundreds of thousands of guests and hosts comes with problems, and some quite severe. Complaints poured in from all over the world: trashed apartments, theft, racism, some guests were held at gunpoint and even prostitution.

To deal with these issues, which go back as far as 2012, Airbnb created funds, changed policies, and redesigned its image. But they couldn't do much about the most significant challenge: the cities themselves. All over the world, local and national governments applied more stringent measures against temporary rentals.

Major markets like New York threatened to shut down the platform. Other cities have made it illegal for owners to rent apartments for more than 30 days without being present. Even San Francisco, where Airbnb was born, saw a citizen initiative to limit the platform.

Behind all these are economic reasons. Aiming at tourism, hosts have spiked prices up in a few years and have made entire cities unaffordable for locals.

It's not black and white as Airbnb has become a source of income and jobs, both direct and indirectly. So, cities continued to struggle in finding reasonable solutions to allow Airbnb to operate while regulating it.

Though Chesky had hinted of an IPO in 2020, no one could've predicted how tough the year would be for the tourism industry. So, talks of the famous IPO took the second stage, but they never really went away.

When the global health crisis started, 80% of lodging reservations around the world were canceled. April and May saw a decrease of 97% in tourism-related activities worldwide, and the average hovers at about 75% less than last year.

Most Airbnb markets saw reservations drop 90%. Some hosts had all reservations from April, May, and June canceled; the numbers only improved slightly after that. In fact, the World Tourism Organization considers that any recovery better than -60% is unlikely.

By mid-May, the layoffs ensued. As part of an aggressive cost-cutting effort, Airbnb fired 1900 employees. However, the company sought to help them find a new job and provided insurance for them. Chesky and the rest of the executives received high praise for their actions, which didn't stop there.

The top brass reduced their salary by 50%, and Chesky received only a nominal salary per month for six months.

The company has even created a resource center for hosting during COVID-19, with FAQs, guidelines, and requirements. There's even a section on what to do if your guest or host has COVID.

But many guests found the refund process difficult. Hosts put conditions that were almost impossible to fulfill, such as medical certificates and letters from employers stating that it was impossible to travel. Which it was!

The hosts complained that most of the actions favored the guests instead of them and that the Airbnb fund wasn't enough. We have to keep in mind that, big or small, they've seen a complete halt in their income.

On top of that, hosts complained that they weren't getting payments on time. But Airbnb blamed the payment problems on technical issues within the system.

Though these actions were imperfect, they were substantial enough for people to believe in the company. In fact, the media praised Chesky for his humility and sincerity in times of trouble.

With these actions, the company managed to raise two rounds of funding, each at an estimated $1BN, totaling $2BN. Of this money, $250 million went to a fund to help those very hosts in need.

But Airbnb had to plant its feet back on the ground, so the company lowered its own valuation from $36BN to around half. Despite all of this, the company managed to survive. But some were still cautious about the IPO, saying it was the wrong time to go public.

The odds seemed entirely against Airbnb, so many were surprised when the company filed to go public on the NASDAQ in mid-November. In such a year? It just didn't seem logical to the untrained eye.

It turns out that the very same situation that almost broke Airbnb ended up saving it. With many offices closed, people needed a place to work in, so instead of tourism.

Airbnb did a survey that indicated that long-term stays (28 days or more) had seen a spike and that 65% of guests were working or studying instead of doing tourism.

This meant that, even if the numbers weren't right, and they weren't, the company had gained some traction. Airbnb stated that, by July, its reservations were at pre-pandemic levels.

In fact, in their S-1 filing, their numbers were astounding. Even with all that happened in 2020, Airbnb's Q3 revenue was only 18% lower than in 2019. It presented a profit of $219.3 million, mainly due to the aggressive cost-cutting strategies, the injection of funds, and a newfound travel-to-work niche.

But other, more subtle strategies helped the company. For instance, the company held back on projects that involved media, transportation, and other markets. They prioritized that their core business survives instead of looking for different ways to make ends meet.

Questions around the IPO

"I know some people questioned if we'd make it at all," Chesky said in November. And, well, he was right. The future wasn't that bright, and the company pulled through.

But questions still remain. While the company's ability to survive, adapt and overcome has some motivated, others still believe that the pandemic is too much of a hurdle to clear, especially with a rise in cases.

Airbnb is seeking to raise $3 billion, leading to a valuation of $30 Bn, which would equate to six times the sales of 2019, close to the original value when the IPO was first mentioned at the beginning of 2020. And whether this is a good or bad move has many divided.

Airbnb's strong points are that its numbers are better than other companies in the tourism and travel markets, including Booking.

Airbnb is still led by the founding three, who managed to take Airbnb to where it is now, with a massive 41,95% of the company. Anyone who has liked how they handle business will feel comfortable knowing that they will still have a lot of say in what happens, especially Chesky with more than 15%.

But, if you turn the page, the risks are there. Airbnb hasn't shown a profit on an annual basis, and the pandemic isn't over. Nobody can answer whether there will be more strict travel policies or another lockdown in months to come.

Then, there's the competition. While Airbnb managed to destabilize the hotel industry, Forbes has stated that, with everything that changed in 2020, hotels could get their act together and become a strong competitor.

Companies like Booking and Expedia historically have had more control over long-term stays, which became one of Airbnb's strongpoints. Some experts agree that Airbnb's quality control on hosts is deficient and might come to bite them back.

Finally, there's the money issue. Yes, Airbnb secured a lot of funding at a time where no one was dishing out money. But the $2Bn can only last for so long. For a sustainable future, Airbnb needs money.

And, when all of this is over, however it turns out, regulations will still be there. Local and national governments might continue their efforts to regulate or even ban Airbnb.

But, even with all these questions, the overall consensus seems to be that, if travel bounces back, Airbnb will definitely be an exciting choice to invest in. Its years of existence have shown resilience. Airbnb has battled multiple PR nightmares throughout the years plus repeated efforts to slow them down, and still, it lives on.

So, as the world teethers in between the uncertainty of another wave and a possible vaccine, let's just remember one thing.

It seems that uncertainty is part of Airbnb's game. So, one thing's for sure, we'll be watching that IPO closely. 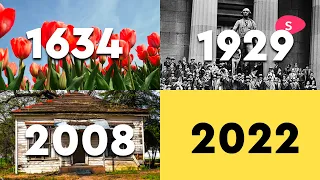 Are having another financial crisis in 2023? 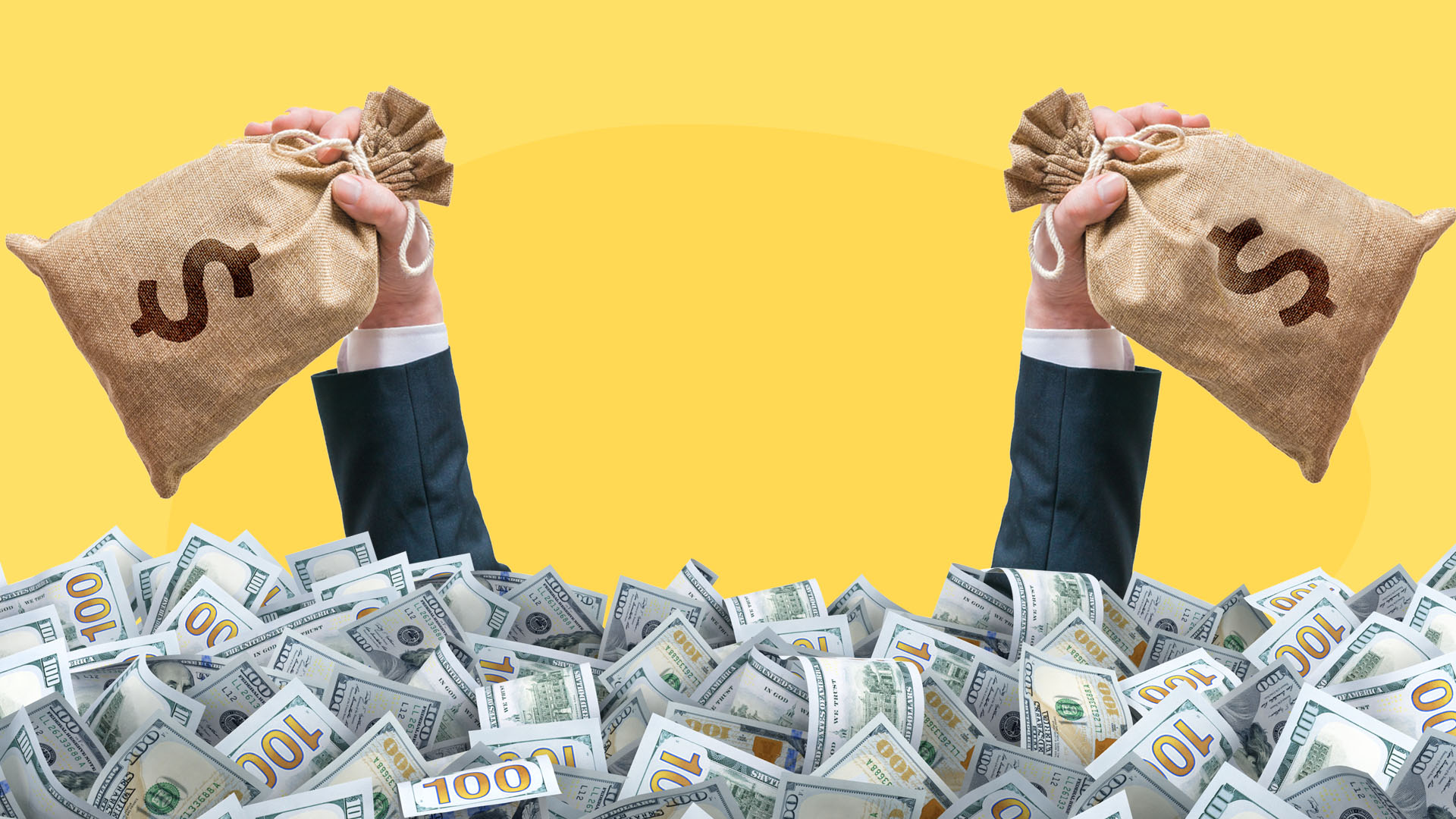