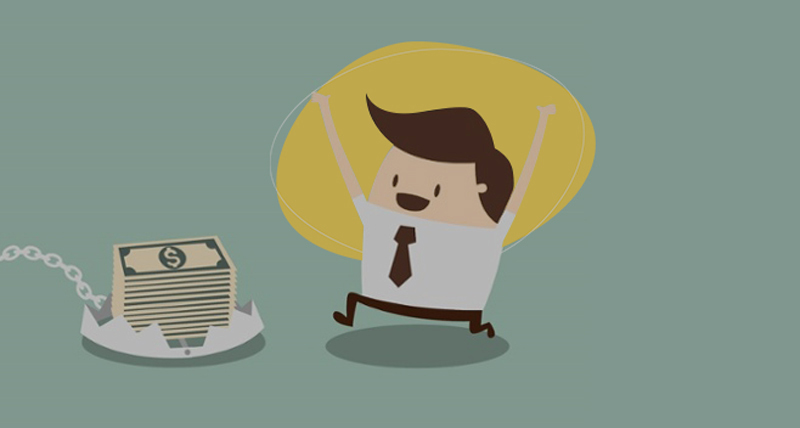 4 Common Startup Mistakes that have ruined their Business

4 Common Startup Mistakes that have ruined their Business

Every entrepreneur has made mistakes and these experiences have forged them into who they are. There’s really no better teacher than failure!

For startups, a single mistake can make or break a company. That is why founders have to be very careful with every change they apply to their product. There are countless examples of startups mistakes that have caused them to fail, and there’s a lot we can learn from them.

In this article I have compiled four known cases of startups that failed.

“Past performance does not guarantee or predict future results.

Fab started growing rapidly with a "flash sales" business model, so much that it became valued at more than  USD $1Billion! However, the hype didn't last long due to a number of bad decisions and changes in the business model of the company. As a result, in March 2015 the startup was sold to the design and manufacturing company PCH, for under $50 Million Dollars  (a fraction of what it was originally worth!).

What caused this growing company to collapse in a span of three years?

Fab, then known as "Fabulis" was created in 2010 as a social network for gay men, its founders were Jason Goldberg and Bradford Shellhammer. In June 2011 they pivoted their approach to become an online design shop specializing in flash sales (posting product offerings at discount prices, for a period of 24 to 36 hours).

The products were designed by independent artists and were unique and interesting; therefore not available in any other website! That was something that differentiated Fab from the competition.

By June 2012, Fab had already grown to 150 employees, who handled more than 10 million active users generating about $200K per day.

Shortly after Fab was implemented in the United States, almost identical copies of the site and its model began to emerge in Europe. This alarmed Goldberg so much that, in a not so well thought out decision, he acquired three similar startups in Europe (Casacanda in February, Llustre in June and True Sparrow Systems in November) to expand Fab internationally, in an attempt to "gain market share". As a result they came to have several employees but didn’t generate enough sales to offset the cost. Because the startup was not yet a self-sustaining business, they had to lay off the majority of the workers they had.

Again, in mid-2012 Jason Goldberg took another critical decision for the company: to change the flash sales business model to something more like the Amazon model, which involved the creation of inventories and storage of products to be shipped to customers. This move on the part of the CEO was considered to be the "kiss of death" for Fab, as it had two critical errors:

1. Fab specialized in selling unique and different products, not common products that could be found on any site.

2. Prices increased a lot, so much that the competition offered the same things only cheaper!

Fab started 2013 with a five hour meeting where Goldberg spoke of the fate of the company and of the bad decisions he had taken, which cost him Fab's future. What we can learn from this fail and success story is that a previously successful strategy is not necessarily replicable.

“Business model and revenue should be priority number one.

Jux was a platform for creative blogging, where users could publish slideshows in conjunction with immersive media, which mixed text with photos and videos. It was an interesting approach; however it became difficult to the startup to project the idea to clients. Although it had a brief comeback in June 2013, it officially closed its doors in August of the same year by a publication on its website. This statement explained that "the growth of the company was not big or fast enough to attract new investment."

Jux had existed as a platform for nearly 5 years, it was  released on in August 2011. Its founder was Mark Gorton, who is also the creator of Limewire, the platform that was once popular for file sharing.

During the startup's trajectory, constant improvements were made to the platform to be more accessible and useful to the user. In October 2011, a new way of sharing in the iPad was unveiled, through a HTML5 driven interface. Two months later, Jux was available on the iPhone and then they announced that it would be integrated with Google Maps' Street view!

Everything indicated that Jux was on a good path, since its launch, the company had seen an increase of 1400% in posts and 3000% growth in page views. Similarly, 20 percent of its traffic came directly from links shared on Twitter and Facebook.

But everything changed for Jux in 2013 since they failed to capture the attention of investors for a new investment round. Additionally, the cost of maintaining the infrastructure had increased significantly. For these reasons, they announced to their customers that they would have to close in August of that year.

In an attempt to rescue the startup, some members invested for Jux to re-open its doors to the public. With great effort they managed to get the platform working again in July 2013. However, in November 2014 Jux was forced to close down again.

Jux failed to set a business model in time to generate revenue and sustain the business. They relied solely on being able to raise additional funding to keep the platform growing to reach critical mass.

Pay by Touch was launched in 2002 and offered a combination of two technologies in its product. The first one was biometry, which is the use of scanners to identify people by their fingerprints, facial features or even the retina of the eyes! The second was electronic financial transactions, which is a process that allows through computerized procedures, to allow a person to undertake a transaction without having to appear physically at a financial agency.

Since the company entered the market with an innovative idea, it had great success in raising capital, with a total of  $340MM in investments. Among those who contributed were billionaires such as Gorden Getty and Ron Burkle.

Although Pay by Touch had both capital as well as the necessary idea to succeed in the market, it committed various errors that led to failure.

First, there was a big onboarding  challenge for the product, since they had to convince consumers to stop using transactions with PINs or signatures. In other words, they had to fight credit card companies. Similarly, Pay by Touch could not charge as much per transaction.

Second, the company's CEO (John P. Rogers) was charged with domestic abuse, drug possession and misuse of money from investors. Because of this, in May 2007 the company could no longer pay salaries!

The combination of these two was what led this startup to close its facilities in May 2008.

Epiclist was an application that allowed users to track the trips that other people had done to get inspired and use them as support to plan your next adventure. Similarly, a user could document his experiences through photos, stories and maps! This startup was featured by Apple in the category "Best New Application" in the App Store.

What caused the rise and fall of this promising company?

Stan Reimgen and his now wife Olga decided to create a business that would help people achieve their personal goals. Although none of them had much experience with design or programming, they headed on an adventure decided they would create their first product "Epiclist". First, they had to find a CTO and then got instructed of all they needed to know about creating and launching a startup.

After six weeks working on the WiseGuys Startup accelerator in Estonia, they launched their first version of Epiclist which attracted a lot of press including Silicon Alley, VentureBeat and VentureVillage.

By April 2013, they had their first angel investment commitment in the table. A few weeks later, they received the news they had been accepted for the Startup Chile program!

In January 2014 they released a new Epiclist app for iPhone, which was featured in the App Store in the category of "Best new applications." By the end of the first week of its release, they had more than 10,000 users and a lot of new activity in the application.

The final stretch for Epiclist was in June 2014 while they traveled to San Francisco and Europe to try to get new investors and partners involved. It was at that stage that they realized it was too late and their finances were too scarce to continue building. They had built a good product, but they were still far from creating a big business.

Once again, the lack of a solid business/revenue model in the early stages seems to be the reason why they weren’t able to secure any additional investments. They bet on user activity and virality by offering the app for free, when they should have been focusing on finding a sustainable business.

You can read a full post-mortem here:

1000 DAYS OF BUILDING OUR FIRST COMPANY.

What is the biggest mistake you’ve done with your startup? Share your experiences with us!

The Airbnb pitch deck has become an increasingly popular reference for entrepreneurs around the world. The company founders, Brian Chesky raised $600K in 2009, from Sequoia Capital and Y Ventures. The company has since become a giant in the Travel Industry.