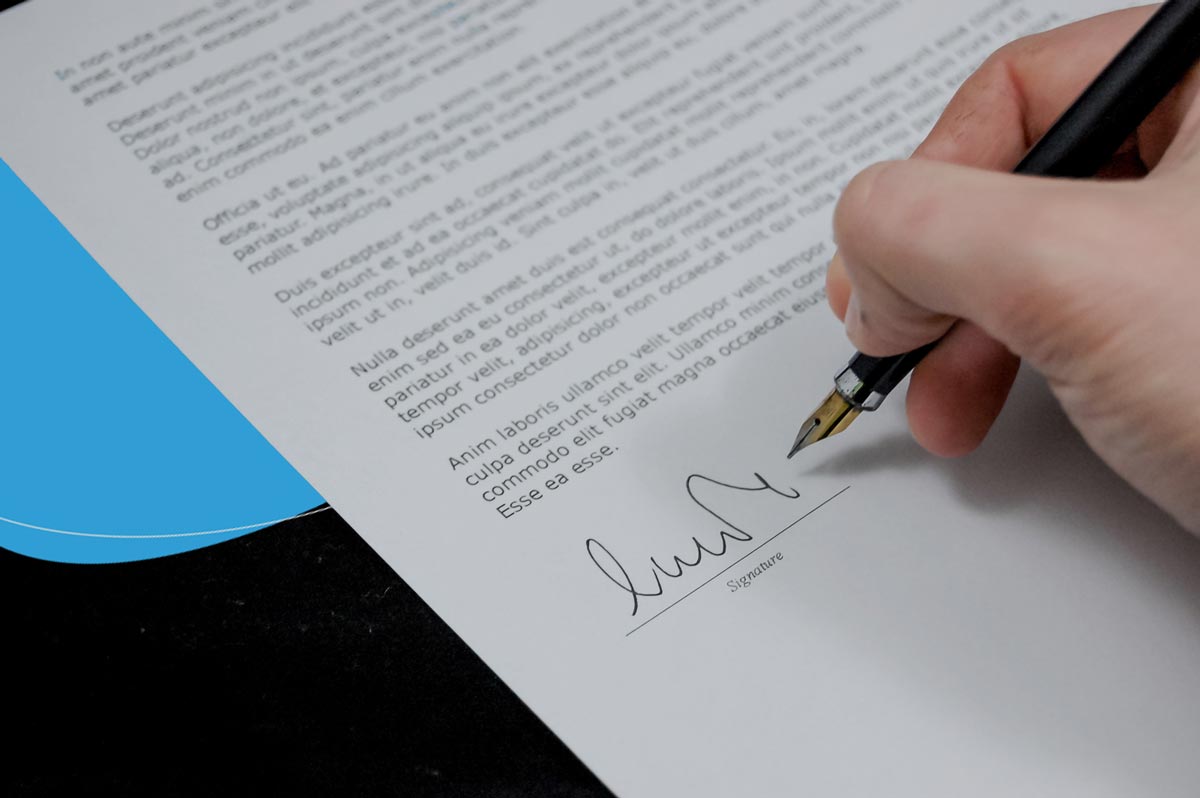 Top 5 Legal Documents for Every Startup

Top 5 Legal Documents for Every Startup

The thrill of the first few weeks working as your own boss, hacking an MVP with your team and enjoying startup life often makes founders forget about the importance of proper legal documentation. I’ve met founders with horror stories about their companies going to hell simply because they didn’t pay attention to this in the beginning. It’s really fucking important.

Our company Slidebean, is a simplified presentation tool for startups to create pitch decks in a fraction of the time it usually takes. We were fortunate enough to go through DreamIt Ventures, a NY-based accelerator that provides free legal council to all the companies in the program. (If you're interested in getting into an accelerator, read our article on applying to US accelerators).

Our law firm was Morgan Lewis, who we’ve been working with since then and helped us close our initial round of funding. I’m happy to do an intro to our Point of Contact if you require their services.

Since we got all this stuff for free (and it's pretty standard anyway), I’m confortable sharing it with you. You’ll find a download link at the end of this article. Now, legal disclaimer, I am not a lawyer and of course, please consult with your own lawyer before blindly doing everything I’m about to tell you. On to it.

“The last thing you want, is an investor saying NO to you because they found a legal structure that they don’t like.

Incorporating in the US is cheap and straightforward, even if you are not a US-Citizen. There’s a lot of blabber about what type of legal structure you want to use, C-Corp vs LLC, New York vs California corp, but in my experience I’ve found that standards are always the best way to go.

Why? Because investors like to invest in legal structures they understand without any additional efforts. Every investor, lawyer and tax expert in the US knows how a Delaware C-Corp works, so why bother doing anything different? The last thing you want is an investor saying no to you because they found a legal structure that they don’t like. 500 Startups, for example, forces every single company to convert to a Delaware C-Corp if they want to be in the program, simple as that.

Incorporating can be done through services like LegalZoom, and will cost you less than $500. You don’t need to be a US Citizen to do it, and you only need one person or ‘Incorporator’ to sign some papers. This takes no more than a few days to be filed.

Incorporating also provides you with an EIN Number, which you’ll be able to use for payroll, billing and tax purposes (for example, an EIN number is all Stripe requires to let you start charging customers). This is particularly important if your are foreign and you don’t have an SSN.

Please bear in mind that from that moment on you’ll be a company, legally responsible of your actions and most importantly, required to file taxes. Delaware has a ~$600 yearly fee that all companies have to pay, and you need to file a tax report every year, on time, regardless if your company was profitable or not. You should estimate about $1,500 per year for these costs, including a tax expert to prepare the documents for you.

You should also consider saving around $2,000 in the bank, because that’s what it’s going to cost to close your company if things to south, and you don’t want to have to pay it out of your own pocket.

Related read: How 500 Startups saved our company by forcing us to pivot

“Ideas are worthless without execution. The person that came up with the it shouldn’t get a prize for that.

During the first months and even years, the most important asset your company will have is people. That valuation you’ll be fighting for with your investors is based on the value of each individual in the company. You might want to read How to prepare for an investor meeting?

When you decide to start a company with a friend or peer, or when you bring additional team members you’ll probably have a brief shares conversation. Are you going to split the company equally between all team members? Does anyone get more shares?

A few very basic guidelines I’ve found to be useful are:

And what the hell is vesting?

If you’re unfamiliar with the term ‘vesting period’, let me put it plain words. Let’s say Walter and Jesse start a fried chicken chain, they agree to be 50/50 partners.

First of all, shares don’t work on percentages as we are used to hearing in the movies. There’s actually a fixed number of shares that one person might have. How much percentage of the company that represents changes when new shares are issued, for example, for a new investor.

So in this case, our entrepreneurs define 100 shares for the company, each one of them is getting 50 of them (which today will represent 50% of the company). So far so good. What happens if Jesse decides to quit 3 months later? He already owns 50 shares, and if Walter continues solo, 50% of the company will still belong to Jesse, who is not doing anything for the company anymore.

Believe me, this happens. A lot. And Jesse is by no means bound to return his shares (and believe me, most people will not). Regardless if your co-founders are strangers or BFFs, someone at some point might be forced to leave, and you all need to protect yourselves from that happening. That’s what vesting is for.

If Walter and Jesse were to vest their shares, it would work something like this.

A 4-year period is quite standard, because that's enough time to determine if a company is on its way to success or not. Even if one of the founders leaves after 4 years, they should have provided enough value and dedication to the company to ensure that he ‘earned’ the founder chunk of the company that they'll keep.

Other common rules for vesting periods may also be a yearly vest instead of a monthly, or an x-months cliff (a minimum amount of time with the company to be able to get ANY shares).

Defining a vesting period and vesting rules is often overlooked. I’ve included our vesting agreement along with the other documents, I hope you find it as a useful guideline. Again, make sure that you run it by a lawyer before doing anything.

All these elements are part of a document called the Restricted Covenants Agreement. It’s basically an advanced employment contract, one that all founders commit to following.

Perhaps the most relevant element here is IP. Back to the Walter/Jesse example, what if Walter decides to leave and calls the chicken recipe his, because he invented it. The truth of the matter is that if he invented it while working for the company, it should belong to the company.

For software programs and startups this becomes more complex, because it’s a lot harder to define what ‘working for the company’ means, when entrepreneurs are often working off-hours. This is why the RCA defines ALL intelectual property that the founders generate as part of the company, unless there’s an exception approved by the remainder of the team.

In our case, we made sure to note in the document any designs, code, apps, websites that we had developed before we joined the company, to make sure that they stay off this contract. A couple of our team members have started new, small side projects in their free time, and the team has approved and added them as a resolution to the docs.

The RCA also defines an NDA for company secrets, and forbids the founders to go to work for a competitor within a certain period of tim. Again, this happens. Our RCA is attached on the files at the bottom of this article.

I won’t get into details because it’s a very dense document, but I’ve included our Bylaws in the documents below. PLEASE make sure that you read and understand anything in them. Many of the points in that doc are very company specific and might not work for you.

There are two very important points that you need to understand about this. One, this stuff is expensive and suing someone for copyright infringement is even more expensive. Two, you can only sue a company for the damages or the money that they made by infringing your copyright.

This means that if some small blog steals your logo, doing anything about it is close to pointless unless they are making a lot of money out of your brand. The same goes for patents.

In both companies that I’ve founded I’ve always delayed Trademark Registration until we have funding. The process costs around $1,000 on sites like LegalZoom, but $1,000 in your earliest stages is a lot of money.

In the web era where we believe, domain name, and domain ranking are much more valuable than a registered trademark, so don’t bother unless you can really afford it.

Now as for patents, the same rule applies if you believe someone is infringing on it. The bad news is filing a patent is going to cost at least around $10,000 in legal fees, they might or might not grant you one and will only be useful if your damages are significant.

I honestly believe that patents are only required in very specific cases, particularly for hardware products. Most software products are not worth the effort to patent, because you will only be able to patent your code, but if someone builds a similar tool with different code, there’s little you can do about it.

For Slidebean, we managed to patent our user interface, which is our most valuable asset and it really sets us apart from our competitors but again, I believe this is one of the few exceptions.

I honestly hope this works as a guide for the process of starting a company. It's really not that hard, but it needs to be done right, and that should require an extra effort from your part.

How to Create a Pitch Deck for Investors? - Fundraising for Startups