How to be a great presenter like Tony Robbins

A great presenter must be able to break the invisible barrier that lies between stage and audience. That said, removing this barrier is only the first step of many in pursuit of a memorable presentation.

While it's easy to recognize and acknowledge an outstanding speaker, how to achieve it ourselves often eludes us. We can absorb a presenter's energy, empathy, engagement, and charisma but we can't put our fingers on why they are so good. Often, we chalk it up to sheer talent, when public speaking is actually a craft like any other; it can be learned and mastered. Here are some worthwhile tips to help you on your way.

“According to most studies, people's Number One Fear is public speaking. Number Two is death. Does that sound right? This means to the average person, if you go to a funeral, you're better off in the casket than doing the eulogy.”

Jerry Seinfeld shared this observation during his stand-ups in the 90s, and his comment remains equally relevant today. Most of us hate being the center of attention. Telling someone to remain calm won't help much when they're preparing for a presentation, but making them understand how to control their emotions will.

In one of his very effective presentations, Dr. Alan Watkins—a neuroscientist and expert on human performance—explains what happens to our brain in moments of anxiety. Adrenal glands activate, our heart rate goes up and our frontal lobe shuts down, preparing our bodies for a fight-or-flight response.

When in a state of fight-or-flight, our body prepares us for survival and disables our ability to think beyond our most primal needs. This is the main reason for stuttering and not being able to find words in front of a crowd, even though you had an excellent grasp of the material the night before.

Watkins offers us an easy fix: We should take control of a process in our body and breathing is the easiest choice to make. Don't just 'take a deep breath'; try to inhale and exhale while getting a rhythm going. This will eventually calm you down and allow you to begin without anxiety.

All great public speakers are very well-acquainted with the ideas and information they are sharing. Think of the presentation as the tip of the iceberg while the rest is comprised of your knowledge on the subject.

The more knowledgeable you are, the more you will be perceived as a legitimate source of information by the audience. The less knowledgeable, and you're likely to be seen as a conduit, always checking notes and slides and unable to keep the audience engaged.

Owning your material requires a lot of rehearsing. Practice makes perfect and offers two advantages: On one hand, it allows you to smooth out the kinks, eliminate inconsistencies, and appear as an authority on the matter. On the other, you'll gain confidence and comfort by familiarizing yourself with the content.

Great presentations need to be fueled by the presenter's energy. Whether we know it or not, speaking to a large audience will most likely exhaust us. Since it will happen anyway, we might as well make a conscious effort to invest all our energy.

“Identify your problems, but give your power and energy to solutions.”  - Tony Robbins.

As one of the most famous motivational speakers of our time, Tony Robbins quickly realized he has to spend energy to keep his audiences engaged. He went on to develop a ritual that prepares him for his presentations. He does trampoline jumps, breathing exercises, and even meditates before going on stage.

Once there, Tony and his larger-than-life persona immediately build a rapport with the crowd, creating synergy by keeping himself inspired and active as he speaks. Yet, when faced with high levels of energy for too long, the audience may tire, so Tony doesn't maintain the same tempo for the entire presentation; it ebbs and flows.

While Tony Robbins' method is tailor-made for motivational speaking and may seem like a stretch for other types of presentations, the core idea applies to all of them. Being invested in your topic will hold your audience attention.

Great presenters are communicators first and foremost. They talk to the public, not at them and body language is of great importance in public speaking. Amy Cuddy talks in-depth about the effect of our pose and gestures while speaking. She concludes that, by simply mimicking confidence, you not only transmit that feeling to the audience but also to your own brain.

If you exude confidence and comfort, your audience will pick up on it and enter a similar state of mind. To achieve this, most public speakers worth their salt tend to walk around on stage—from the late Steve Jobs to Ken Robinson. They also tend to keep their backs straight, smile, use different hand gestures with their speech and look their audience in the eye.

Pace Yourself When Speaking

The art of giving a certain rhythm to speech is best mastered in politics. Because of a more formal context, politicians don't have the luxury of using too much body language. They have to rely a lot more on what they say and how they say it.

John F Kennedy stood out because of his ability to use breaks at the right time, allowing his audience to digest the points he was making. Without the aid of props like slides and graphics, a politician resorts to imagery. The same JFK once said: "The torch has been passed to a new generation of Americans."

As we fast-forward to Barack Obama, we'll find a different rhythm to his speech, one with more staccato and more voice inflections, yet the breaks—those short moments of silence—are still placed at the right time. Obama's style was so successful that newer politicians are starting to mimic it.

Allowing the audience to understand what you are saying is crucial. You have to remember that, while you're familiar with the subject of your presentation, the audience might not be anywhere near as familiar.

Don't Be Afraid To Look Vulnerable

After all, we're all only human. Your audience is more likely to establish a connection with a presenter who can show humility or admit mistakes. Arrogance and a know-it-all attitude may cause a gag-reflex. When speaking on gender inequality as a UN Women's Goodwill Ambassador, Emma Watson said:

"I don't know if I'm qualified to be here. All I know is that I care about this problem—and I want to make it better."

Within mere sentences, Emma managed to express just how invested she was in the matter and an amount of self-awareness that humanizes her to those attending.

While invited to share his ideas and solutions for stopping the desertification of the planet, ecologist Allan Savory didn't hesitate to share the mistakes he'd made while trying to figure it out. He went on to admit to the killing of 40 thousand elephants, as he considered them detrimental to vegetation in Africa. His later research proved otherwise.

Be Creative With Your Slides

Slideshows are an important part of many great presentations and some of the bad ones too. They're an aid for both you and your audience, yet it's easy to go crazy with the text and bullet points. It's worth remembering that the presenter is the star of the show and the slides are only props, best kept in the background.

Too much text will make things hard to follow, and if you can avoid bullet points, do so. Instead of going for the traditional method, you could turn slides into a more visual spectacle that complements your speech. In a keynote presentation, Tim Cook stated that Apple users had downloaded 50 billion apps from their App Store, yet, instead of using the word 'billion' in the slide, he revealed the full number to emphasize the achievement.

While important, slides function better as visual cues. Try to limit yourself to five words per slide to keep your audience focused on what matters.

Use Humor To Your Advantage

Starting out with a joke can work wonders. As you step on stage, the audience doesn't know what to expect. A joke can easily clear the air and allow people to relax and enjoy your speech. Laughing at yourself is a good choice. It doesn't stray too far from the presentation, and it proves you don't lack a healthy dose of self-irony.

A joke can benefit both the presenter and the public as even a few good chuckles can give you more confidence as you continue. Unless your presentation is a stand-up routine, it's best not to overindulge in jokes. It will only take away from the topic you're trying to present.

All the best with your next presentation! 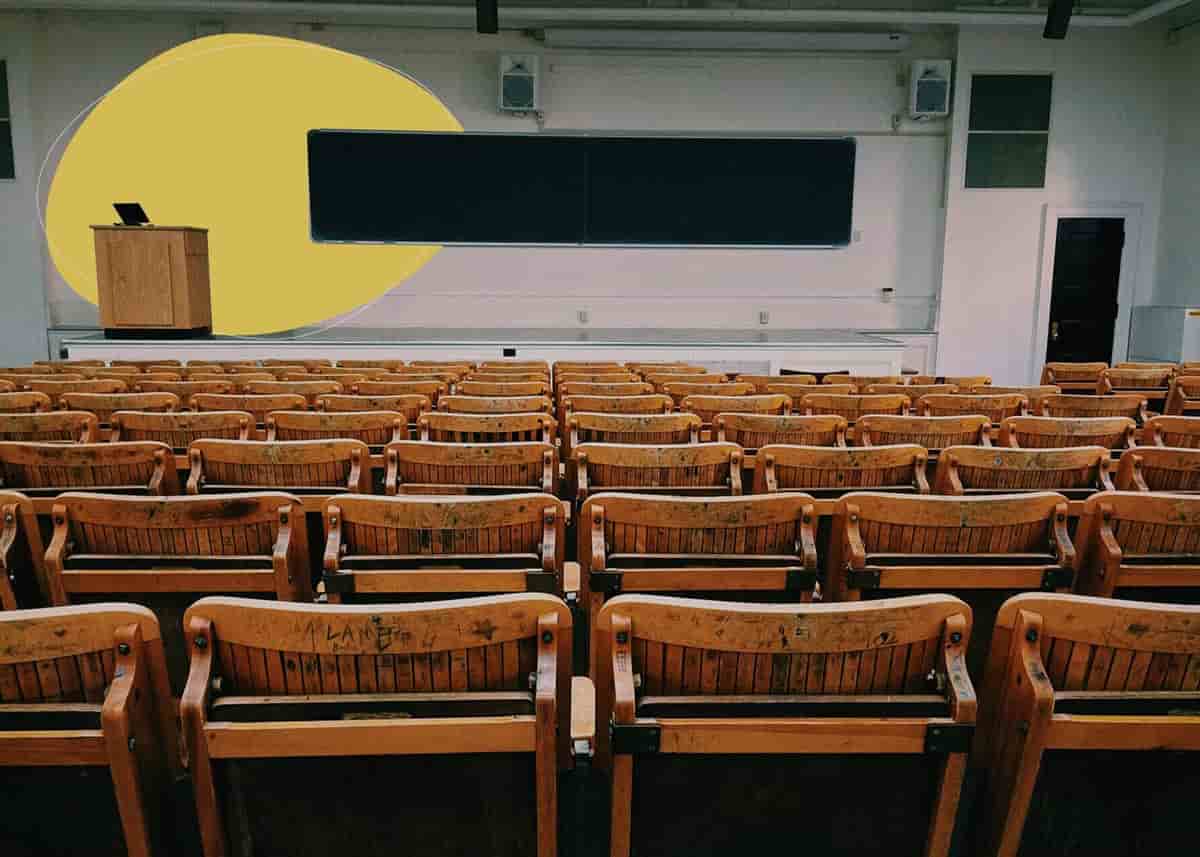 The Most Common Mistakes Presenters Make

Do you know which are the most common public speaking mistakes? In this article you'll learn how to identify these errors so you don't do it again! Also, it has some tips that will help you improving your presentation skills. 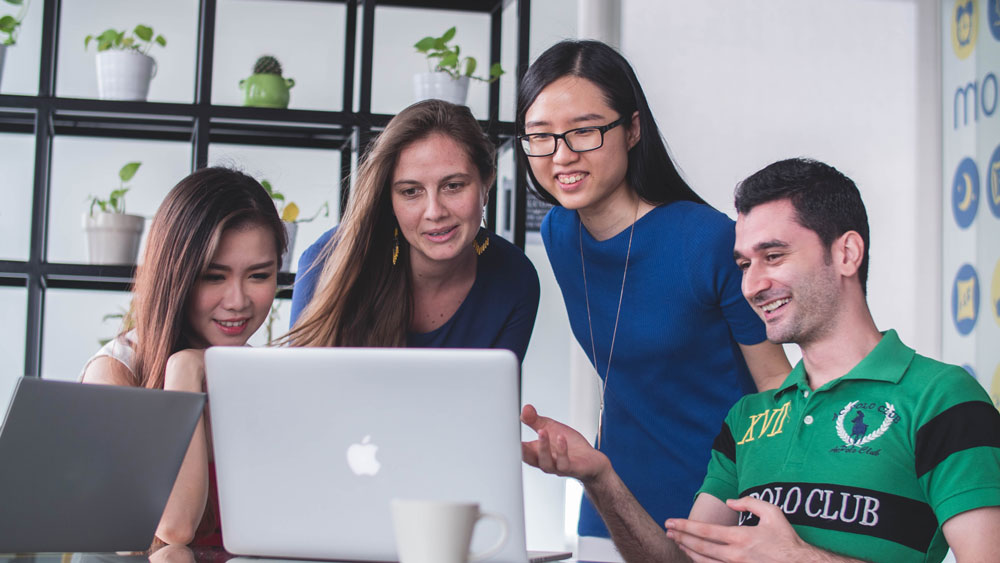 How to Give a Successful Marketing Presentation

Marketing presentations are a marketing channel in themselves. After all, marketing is about moving people towards an idea, and so are presentations! So say your company has found the winner message/ strategy that will effectively communicate your client's value proposition to their costumers, and now it's time to show what you've been working on.