There is no clickbait here. The backbone of our company success has been Google, and by extension, YouTube. Hear me out.

Our website gets around 250,000 organic visits per month. I'm excluding all paid and all social media traffic from that number; those are visits to our website that came from somebody looking for an answer in Google and stumbling upon our content.

Also, our YouTube channel is getting close to 500,000 monthly organic views. Since we started these efforts, the traffic driven to our products has generated over $2.5MM in sales! Insane.

‍
In this video, I am going to talk about what we did to kickstart our ranking in Google search, how much money we have spent doing it, and how much money we spend today. Finally, we'll help you figure out if or when your company should attempt to do content marketing.

So the potential when focusing on content marketing is enormous. We are still a small brand, considering,  but we get millions and millions of brand impressions every year, you could say 'for free,' thanks to our presence in Google.

But this did not come easy, or cheap. It took us years to develop it.

How we improved our SEO ranking

In the early stages of the company, we had a small blog and a basic social media presence. This is back in 2014, so having a Facebook profile still translated into some organic views and some organic traffic.

We didn't do content marketing, per se. At least not diligently. We mostly just published simple articles and promoted them on social media, without a lot of money to boost them.

At this stage, we didn't have our business model clear, so we were mostly looking for leads and sign-ups. Free beta testers that would give us some data about our product experience.

This was a question that changed the course of our company. When we joined the 500 Startups accelerator, our point of contact, said,

'We are going to give you $75,000 as part of this program, how will you spend them to SCALE FASTER, and bring users PROFITABLY'?

That question pointed out two critical flaws in the way we were thinking about our business.

First, let's understand what 'bring users profitably.' What you pay to bring a user into the platform needs to be less than the revenue you get from that user. That's like, basic business. The fancy term is unit economics.

So at that stage, we were charging $5/mo for our product. Sorry, that's not the case anymore. If we subscribed to a user and got them to stay for 12 months,, we would charge them up to $60.

It turns out it's VERY HARD to get a user into the platform for less than $60. Not to mention that we need to save some money to serve that user- you know, servers, customer support, etc..

So to the second point, 'Scaling Faster.' Up until then, all of our (very few) users had come organically. We were probably making about $1,000/mo in subscriptions.

Most of them came via our social media campaigns, some press articles, and so on, but we weren't doing any ads or campaigns that we could quickly scale.

So here was the problem, there was no campaign that we could do that could get us, users, for less than $60. If we spent the $75,000 we had, we'd come out of the experiment with less money, and well, die.

So what did we do?

We did two simultaneous experiments. We increased our pricing- at that point, we set our plans at $120 and $150 per year—no monthly plans.  At the same time, we started running ads on Google Search. And this is the key to everything. If you don't know how Google Search works, you pay to appear on top of the Google Search results.

These are ads, and organic results:

Ok, the advantage here is that as long as you’re paying, your ad will show up. And you can get an ad in there in minutes, literally.

So we started paying clicks from all keywords that related to our business. 'Presentation software.' 'PowerPoint alternatives.' Presentation Design. You name it.

We carefully tracked the visitors that came from those keywords to figure out what they did on the platform.

It turned out, many of them found the platform exciting and signed up for an account, but very few of them were paying for a plan.

But there was one keyword that worked wonders: the keyword 'pitch-deck.' For every $90 we spent on ads, we subscribed one paid customer; and since $120>$90, we would make at least $30 in profit immediately.

Remember, we were doing annual plans, so we didn't have to wait for those customers to renew; we were recovering this cash immediately. Amazing.

Nothing good ever lasts

This, of course, didn't last too long. While the keyword 'pitch-deck' was a gold mine, there are only so many searches for this keyword or related words. Soon enough, there was no more money we could pour into this campaign to get us more clicks. We were the first result in ads.

We did a little hack, launching a second site we called pitchdeckexamples.com and running ads to that one as well. They worked great, and the combination of these two websites allowed us to dominate these searches.

This grew our company to about $20,000 in monthly subscriptions, and after that, we couldn't pay for more clicks. We had the money because everything that we paid to Google we'd recover right away... but there were no more searches to target.

So right there, we realized that our ads had a 5-10% click-through rate. So out of every search on Google, our ads would capture up to 10% of the traffic. Where did the other 90% go? Well, to Google's organic results. And we were nowhere to be found in those. So we figured we should rank in Google.

Now, this is absolutely critical: we only did this AFTER we knew the audience that we were targeting. Content marketing is expensive, very expensive. You get tons of traffic but a small percentage of conversions.. so you don't want to be wasting that effort targeting an audience that doesn't care for your product.

This strategy worked because we knew that the audience looking for 'pitch-deck' was made up of startup founders. And so, we started developing content for them.

We also combined those writing efforts with content boosts.

If I just wrote the article and shared it on our tiny social media channels, nobody would read it. So we decided to spend some ad money to boost them and get more people to read them.

We focused on getting readers as cheap as possible but always making sure that the traffic we drove actually read the content. If you just push traffic to a page, and they leave 3 seconds later, the Google algorithm will figure out that your content is terrible.

The articles were, of course, optimized for search (that's called Search Engine Optimization). And the combination of the extra (quality) traffic and the sudden burst of content from this page called slidebean.com- started getting our content to the front page.

This was an 11-month effort. The longest bet we had made on a single campaign up to that point. I estimate that we spent around $70,000 ver the course of those 11 months.

Everything was done in house, by the way. Our marketing team grew from just me to a group of 4 people throughout that time.

One year later, we had articles ranking in first, second, and third place for the keywords that were valuable to us. We even stopped running ads, because the traffic now came 'free.'

Slidebean was built on the backbone of this experiment. We grew to over 10,000 customers and over $1MM in annual revenue from people finding us through search.

We, of course, continued to publish content. Stopped driving paid traffic, and our domain became 'powerful.' The content we post in our blog now ranks rather easily because Google considers our domain a source of valuable content.

But then, we reached another ceiling. We were capturing most of the searches related to pitch decks and investor decks, and we were still a small company. Now what.?

That's when we looked at YouTube. YouTube is, after all, the second-largest search engine in the world. We began by creating video versions of our blog posts, which failed. If you're curious, you can find some of those older videos by scrolling deep into our video uploads. I don't recommend it.

We do have a funny-ish version of this same story, which I shot while I drank one Jagermeister shot per minute. True story.

We also tried interviews and a sitcom, which didn't work either. And a tech/design review series we called The Good the Bad and The Tip, which also didn't work.

Finally, in October 2018, we found our format. This format. Me, reading from a teleprompter in front of a green screen, with some fancy graphics behind me.

I'm a digital animator, so I actually did the animation on our first few videos. After we found the right combination, we expanded our team, and now we have three people who work behind the scenes to get two of these videos to you every week.

Now, is this right for your company?

Before I tell you, make sure you don't miss those weekly videos by hitting that big red Subscribe button.

You should NOT do content marketing as your first strategy. As I said, it's expensive, it takes time, and there's a lot of trial and error.

These videos are expensive. Our latest estimate tells us that each of these videos costs well over $1,000 to produce, considering that we don't outsource anything.

You have to do content marketing once you figure out that your unit economics work. Once you know what the perfect audience looks like, and the type of content they consume, you can double down.

I still believe Google Search ads are a fantastic method to figure out if your unit economics are working. We have another video on Startup Growth, which covers a few other options you can use in the early stages.

Other ways we can help- I have some consulting hours available to help companies around this. And there's Slidebean, of course, which you can use for free.

If you have any questions, drop us a comment on any of our videos. We'll be there to reply! 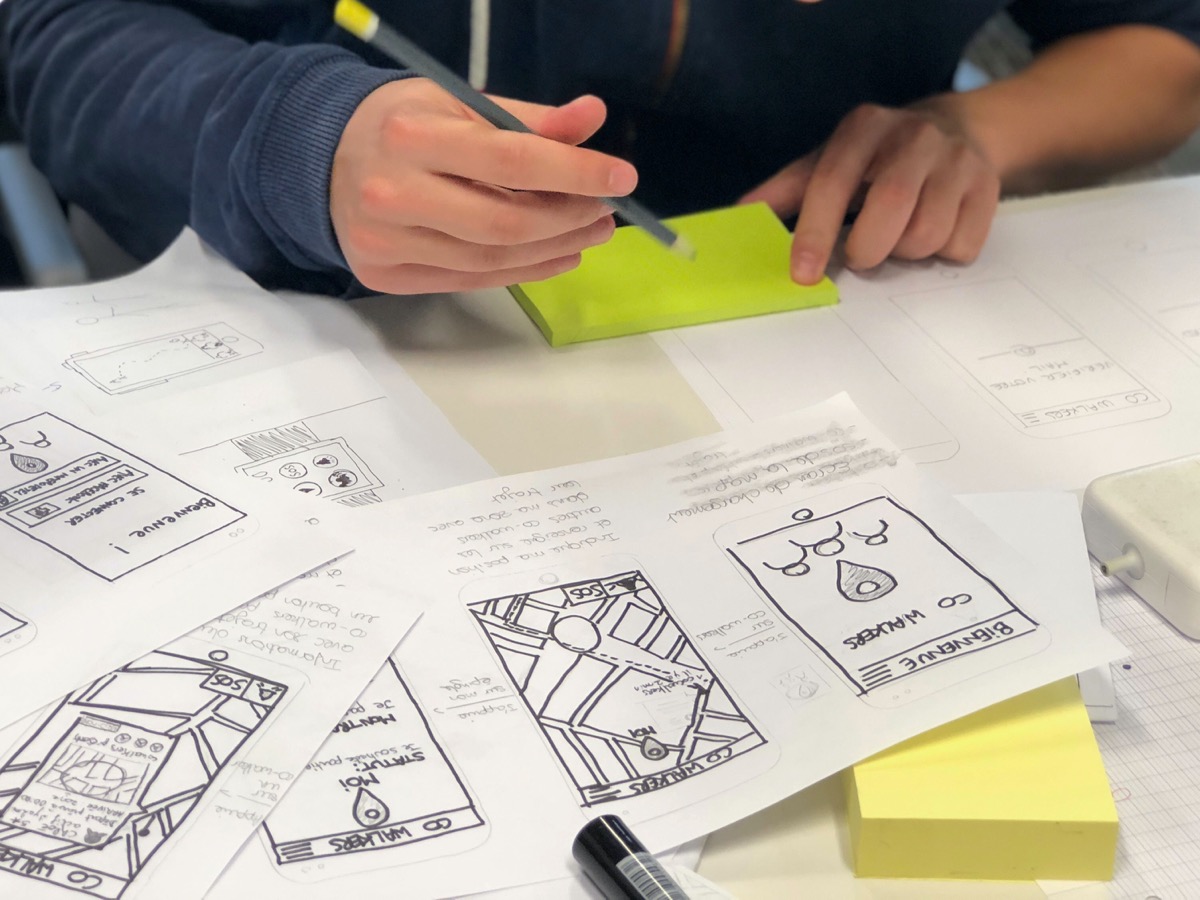 How to Define Your Startup Minimum Viable Product (MVP)

A minimal viable product is not only developed on a low budget but also decreases the chance of failure by allowing modifications based on consumer feedback and evaluations. 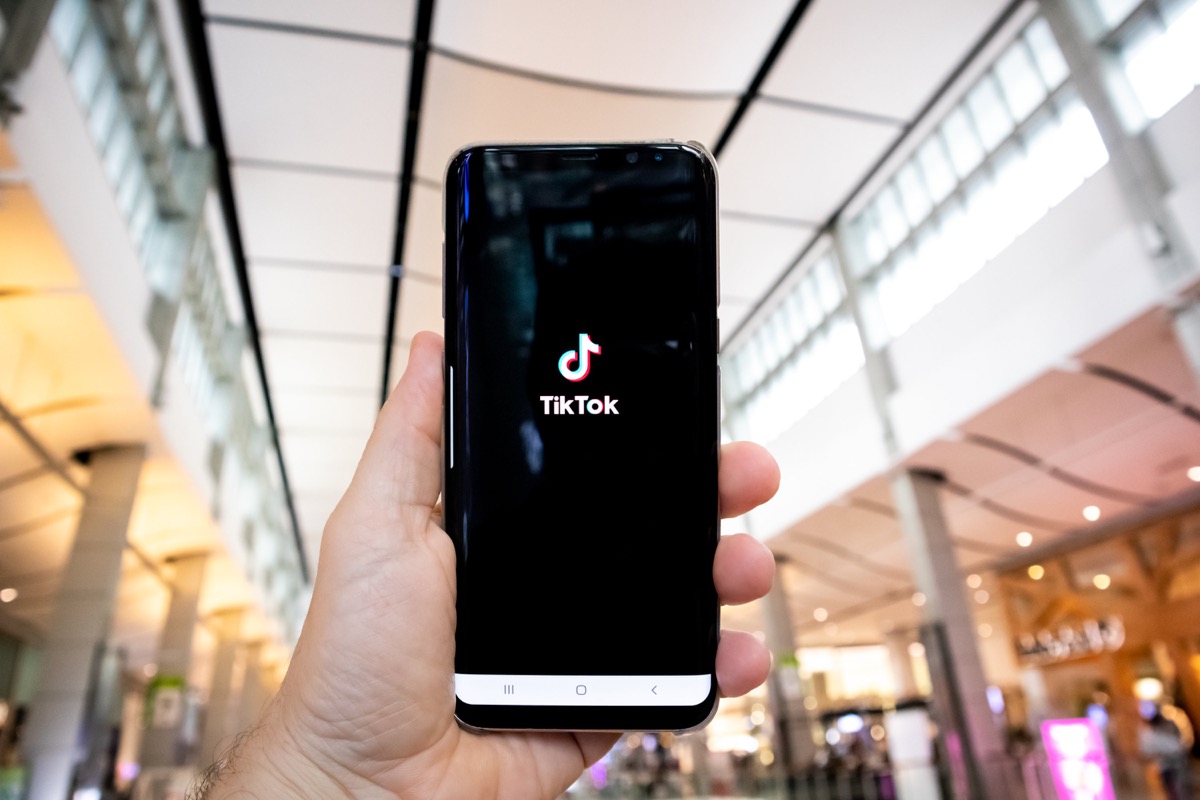 How to Get Followers Fast For Your Business on TikTok

TikTok is used by a major chunk of the global population, irrespective of age or geography. So, are you ready to grab the interest of one of the world's largest follower bases? Here're 14 Smart Tips to quickly boost your TikTok followers’ base