Does AOL still exist? The story of what happened to AOL 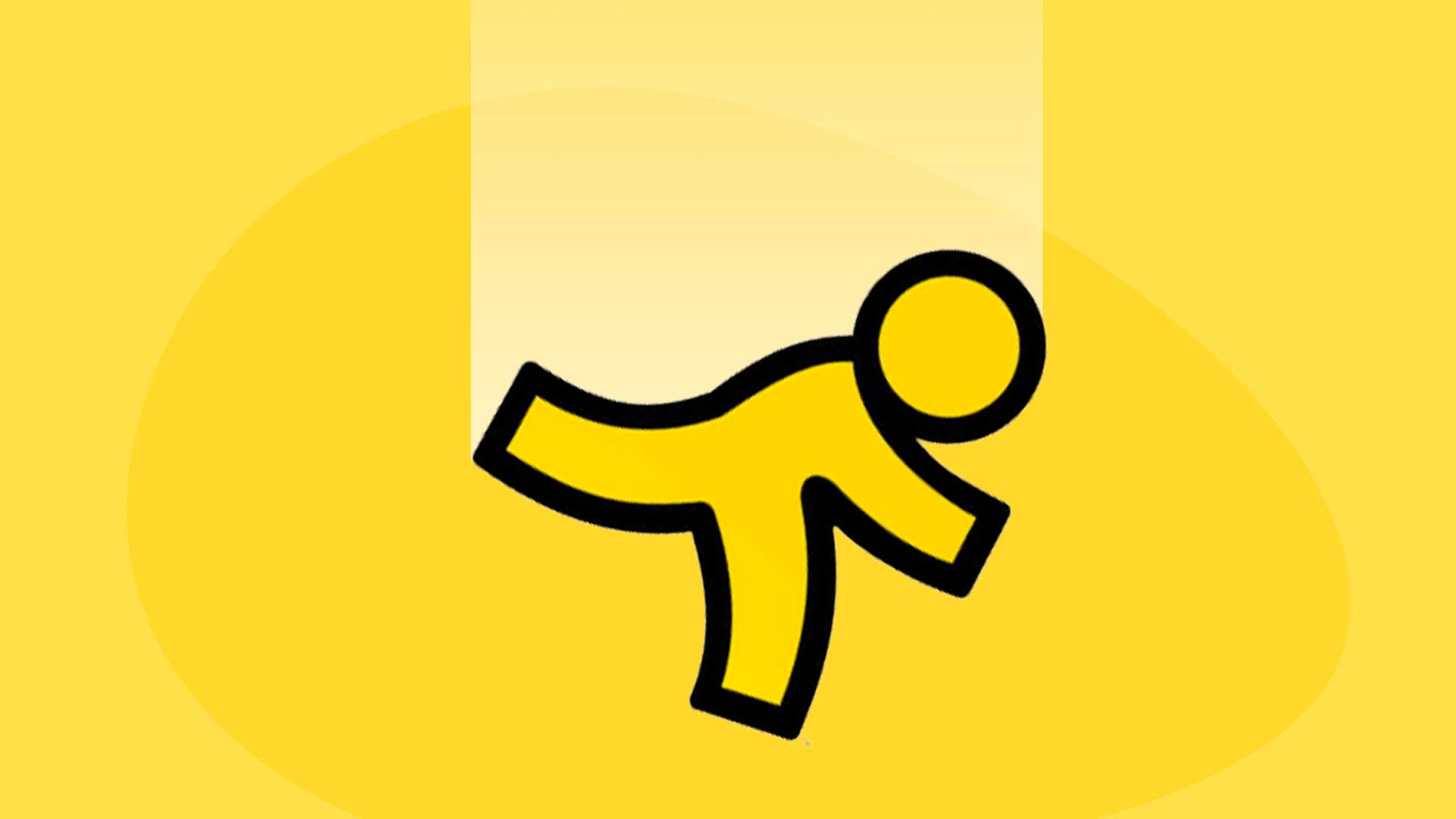 Editor's Picks
The biggest Kickstarter fails of all time
Where is Silicon Valley and how was it built
What is a SPAC: the step by step process going public
Paypal Mafia in 2021: how the Paypal founders shaped Silicon Valley
subscribe to forensics
Thank you! Your submission has been received!
Oops! Something went wrong while submitting the form.

America Online was a company that helped shape the internet as we know it today.

It became a giant of the Dotcom world and was even a part of the biggest corporate merger in history.

But, just as it was great, it was flawed.

America Online went from being the biggest player in the market to an underachieving integration. How? Today, you’ve got mail, and it’s about America Online.

In 1983, Control Video Corporation (CVC) was born, the brainchild of William Von Meister who, out all things, was a Count. CVC only had one product: GameLine, and it was visionary. An online game rental service for the Atari 2600.

By the way, if you want to check out Atari’s crazy story, click on the link below.

Perhaps the idea was ahead of its time because CVC didn’t really take off. But Von Meister did hire a key player in AOL’s future: Steve Case, who joined as a marketing consultant.

CVC went bust a year later. But, in 1985, with Case in the mix, Quantum Computer Services rose from CVC’s ashes.

This company created Q-Link, for the Commodore 64 and 128 computers. The software was described as a “useful, affordable, easy to access and entertaining” source for news, messaging, libraries, and games.

This model was a hit, so in 1988, Quantum created PC-Link for…PC’s and AppleLink for, well, for Apple. But the relationship with Apple fell through just one year later, so Quantum renamed AppleLink to America Online. And here’s the magic behind a name. Unlike competitor Compuserve, which sounded really techy, America Online was inviting, geared towards those who weren’t tech-savvy.

These programs weren’t bad at all: messaging, file transfer, even Massive Online games, and play-by-mail games. Which were a thing back then.

This, mind you, was before the internet, and users were scarce. Experts estimate about 500 000 in the earliest online years.

So, with such a small market, Quantum’s idea was promising: for a modest fee, usershad access to an array of services, even custom color graphics, and sound. And it worked.

AOL: The boom of the internet

By 1990, the internet was on the verge of erupting and Quantum was keeping up.

Building off of the success in the 80s, Case renamed Quantum into America Online in 1991 and customer base grew on a yearly basis. By 1993, America Online had about 200 thousand subscribers.

Plus, it had created its own email address and a Windows version. But most importantly, you could now access the internet.

Here’s where we must delve into a couple of details.

First, there’s a thing called Usenet, and to understand what it is, let’s see Usenet’s own definition: Its main purpose is to offer a network where users can post information freely, which is then distributed.

Usenet was first used, to great success, in universities and research groups. And classes began in September, so veteran users expected to train new users within a month, then they either learned the rules or left.

Then there’s Jan Brandt. In 1993, she was hired as VP of Marketing, and Steve Case told her one thing: grow the subscriber base. And she took that to heart.

You see, at the time, AOL sent complimentary trial disks to people who asked for them.

So, Brandt said: why don’t we give trial disks to EVERYBODY? Well, not everybody, but close.

Her first plan was to invest $250 thousand in sending disks through the mail. And this worked at about 10% uptake, in some places reaching 18%. Which was really good.

So, she went all out but, now, with CDs and not just with mail. No. She stuck them in every catalog, airplane magazine, and cereal box available. At some point, HALF of the CDs produced in the world had an America Online logo.

Crazy, yes. But it worked.

America Online had a new subscriber every SIX seconds. And, those subscribers had an average life of 25 months, with about $350 profit per user. Also, they went from 200 thousand to 25 million, a decade later.

Now, let’s go back to Usenet because A LOT of people had access to it.

So, in September of 1993, it wasn’t just university students and researchers who began using it. But also, Joe down the street, who had never used forums.

So many people logged in, Usenet crashed. There was no way of controlling etiquette, people inundated forums with questions and the quality of discussions plummeted. It was called the September that never ended.

And this was how America Online would grow; imperfect.

Robert Pittman is a key name in America Online’s growth. He became CEO in 1996 and struck content deals with big brands like the Smithsonian Museum, National Geographic, Discovery Networks.

He then went on the offensive, purchasing products like search engines (which would eventually, become America Online Search), WebCrawler in 1995, and eWorld in 1996.

America Online now had news, sports, games, and a lot of subscribers. It reached upwards of 25 million subscribers by 1998. But it was the Netscape deal, in 1999, that would set them apart.

Netscape was, during the late 90s, one of them, if not the, most used internet navigator in the world. It wasn’t cheap, though. The deal cost them $4.2BN, but now, America Online now had great software and guaranteed presence in almost every computer. And yes, there were some mistakes.

In December 1996, the company changed from an hourly fee to a monthly fee, which meant a permanent connection. Kind of. Because so many people logged in, that the servers collapsed.

Ironically, many subscribers were unable to use the internet due to oversaturation, and they stopped using it altogether.

Those CDs? Some even ended up as frisbees, and others as collectibles! So, don’t throw them away.

Such was the crisis of oversaturation that Case himself launched an ad to calm down users.

But America Online was still hungry for more. So hungry, it shot itself in the foot.

The worst merger in corporate history.

That’s what experts call the merger between America Online and TimeWarner. Not good, right?

America Online was the big dotcom player and internet companies were booming. So, investors confidently looked for more big bucks, in other markets.

Then there’s Time Warner, a massive media company that frustratedly tried to be a part of this booming world but failed. Their strongpoint: presence in a lot of households.

Households and the internet: a seemingly perfect match made in heaven.

So, normally one would think in $4BN or $5BN tops, right?

Just let that sink in. Today, that deal alone would be 56% of the GDP in the world.

But it failed miserably, from the start.

Both companies couldn’t find common ground, their cultures clashed and, just months after the merger, the world changed. Bad.

AOL and the Dot Com bubble

The years leading up to 2000 were full of speculation around internet companies. From 1995 to early 2000, NASDAQ rose about 400%, thanks in large part to dotcom companies.

Stocks would increase 1000% in value or more, people quit their jobs to venture into full-day trading, and investors were dishing out big bucks, no questions asked. Dotcoms even bid for Super Bowl ads, something unheard of at the time.

But many of those companies weren’t making a profit. In fact, they bled money and were fully aware of it. They opted to grow rather than look for-profit and, grow they did.

At the peak, some stocks opened at 400% the initial value, Qualcomm increased 2619%, and stock market reports were more like movies. It’s just that money is finite, and people knew this: some warnings go as far back as 1996. But nobody listened.

By November 2000, most internet companies had lost about 80% of their stock value.

Damage estimates were about $1.7 TRILLION lost.

Right after America Online had invested $165 BN in the merger. Advertising vanished, its stock plummeted from $56 to $14, and in 2002, it had to write-off $99 BN, double what people expected. This was the worst write-off in corporate history, and losses would add up to $200 BN.

America Online, always breaking records! But this wasn’t the ONLY reason it collapsed.

AOL: A failure to change

In short: America Online was too slow.

It focused on dial-up internet while the world shifted to broadband.

And America Online did try to venture into it, with no success. Perhaps they were too confident. After all, in 2000, 50% of households in America had the internet, but only 3% had broadband.

But there were other options, like Yahoo and Explorer. And broadband meant permanent connection. So, if it was slow to react, then who reacted quickly? All those users!

Before the merger, America Online had more than 30 million subscribers and by 2007, that number was 10.1 million.

Each CEO brought his strategy to try and save an already sinking ship, and the company went through several changes.

In 2006 it became AOL and the focus was now online advertising. Even Google participated, buying 5% of AOL’s share for $1BN in hopes of helping in the transition to broadband.

In desperation, they even made AOL mail and AIM, their star products, free. But the competition was too hard.

So, just eight years after the biggest merger in history, in 2008, Time Warner divorced from AOL.

AOL’s value plummeted to about $5.5 BN and was now an independent company. But, at least, it had a clear target: content.

And Armstrong showed no signs of slowing down. But his tenure was chaotic. In 2009, AOL bought Bebo, a social network, for $850 million dollars.

That same year, it purchased Patch, a news site, to help gain traction in content regarding business, news, and media.

They ventured into filmmaking because, why not? And, in 2012, created a documentary series focused on successful women in male-dominated industries.

AND they still had, at that point, dial-up subscribers. About 2 million of them. What?

But, by providing all that sellers and buyers needed in one platform, this chaos seemed to work. By Q3 of 2014, AOL had $271 million in revenue.

Again, not all is fun and games. Patch, the news site, lost them money, so Armstrong sold part of it. And yes, they were nominated for an Emmy, so?

Yes, Armstrong had managed to keep AOL afloat by buying other companies, but AOL was no longer on top of the food chain. So, inevitably, a bigger company would buy it.

The reason why? Just like AOL in the past, Verizon wanted to be the one-stop source for all things.

After the purchase, AOL went full into digital advertising, marketing, and audience management, and in 2017 it was merged again. Verizon bought Yahoo’s core business and merged the two former giants into one division called Oath.

The reason: The competition was too tough.

Finally, Armstrong had had enough. He left as CEO and now, AOL lingers as the division of a division. Is it relevant? Probably not. But it used to be.

In fact, it was so relevant, I’m sure that Nigerian dictator’s daughter, the one with a lot of money, used an AOL CD to send those emails. That’s how relevant it was.

Bernardo Montes de Oca
Content creator in love with writing in all its forms, from scripts to short stories to investigative journalism, and about almost every topic imaginable. From start-ups to nature, from literature to aviation. Hearing impaired, so let’s talk loud and clear.
© Copyright 2021 Slidebean Incorporated. All rights reserved
Made with 💙️ in New York City and San José, CR
ABOUT US