What happened to Google Glass? 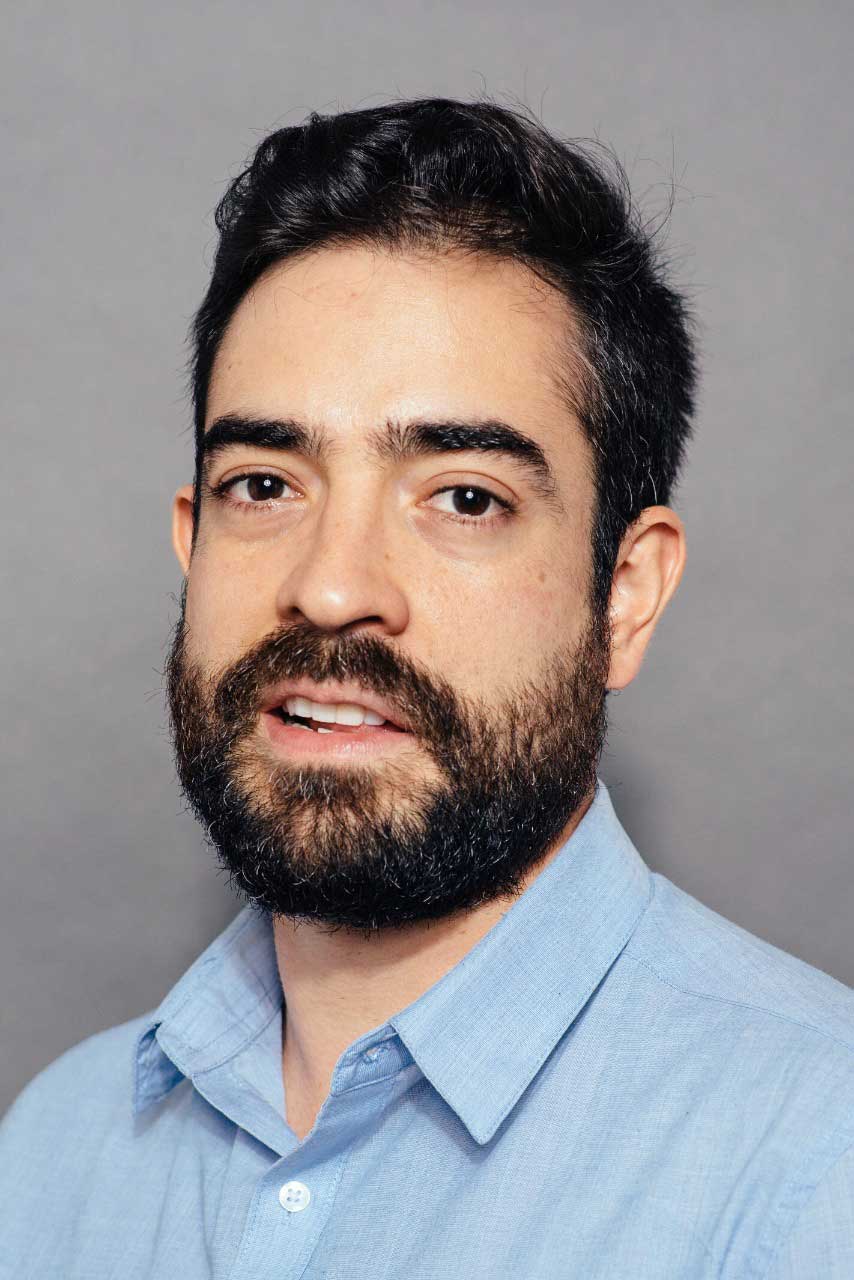 March 5, 2020
Editor's Picks
The Pandora Papers explained
Boosted Board out of business: the story behind the fire
The biggest Kickstarter fails of all time
Where is Silicon Valley and how was it built
subscribe to forensics
You're in!
Oops! Something went wrong while submitting the form.

2012 saw the release of a groundbreaking future tech product: Google Glass; a gadget in the style of an invention you might have seen previously on any Mission Impossible movie. Its primary aim was to bring you the information you need into view when you need it, with a hands-free system for easier use. In fact, analyzing the characteristics of this invention you might think as well, about a Black Mirror episode come to life. Well, Google Glass was never as popular as the dystopian futuristic Netflix series.

Dystopian, however, might be a good way of describing its performance as a commercial product and, as well, its outcome, that now seems to be close to an end or at least far from its original purpose. When did the criticism toward this product start? To be honest, as soon as it was announced that it was going to be available to just a small number of users at launch and that its cost was going to be $1.500.

After facing many issues for several years, the company announced the end of its first iteration of the augmented reality smart glasses: the Glass Explorer Edition. However, it doesn’t mean the final goodbye.  They are now leaning on a new approach with the “Enterprise Edition”, a business-driven model that was officially launched in 2017. So, let's find out what happened to Google Glass?

How and why was it released?

The primary aim of Google Glass was for it to display all the information the users needed, presenting it right into their eye’s view. When it was launched during Google’s input/output in Mountain View, California in 2012, it seemed it was going to bring a glimpse into the future tech.

The first model was called Glass Explorer Edition, launched in 2013. The company really wanted this product to succeed and they announced it with great fanfare. The spy-alike wearable invention was described by some people as a heads-up display but the reality is that, as soon as it came out, criticism started both from users and specialized journalists.

At the very beginning, if you wanted to get the glasses, you not only needed more than $1.500 but at the same time, you had to be on a very VIP list that included Google I/O developers and some privileged Twitter users. By the way, how could someone be privileged via Twitter?

Did this $1.500 price make sense considering its early and experimental device? Maybe not…

These series of obstacles made the invention not only unattractive but also turned it into a style of a joke. The design also generated some negative reviews.  The bulky frames, not that similar to a conventional pair of glasses, was a point of conversation. Even the offensive moniker “Glasshole” brought some attention to the glasses, but not for a convincing attribute.

Were there more questions about the gadget? For sure, but to understand them, first we need to go over the details of why Google thought their smart glasses might be a good commercial idea. Long story short, they are a set of glasses that includes a screen to the user's eyesight that brings new possibilities for them to interact with the world.

The Glass was developed by Google X division and it came with an optical head-mounted display, with almost the same shape of a pair of normal eyeglasses, including a visible display. For the time of its release, it was kind of ahead of its time, with technologically advanced features that bring to life directions, emails, weather forecasts, a personalized contact list and everything with a tap of the frame or with voice commands, triggered with a friendly “OK, Glass” to be activated.

The Pros and Cons

After going over the menu system some attractive features would come up, including a city guide and a universal translator, called The Word Lens. Useful for translating any language from menus, road signs or printed text. It was just like carrying an interpreter with you.

“Refresh” was also attractive. It turned the glasses into a personal assistant capable of sharing information about the people you were about to meet with, by collecting selected data from social networks and your Google Calendar.

A lot of things, right? But now we need to make a stop into one of the most important features that it had: a built-in camera that allowed you to use the frames to take pictures and shoot video.

This was not only one of its main attributes but one of its controversial characteristics. The 5 MP camera came with a lot of criticism, especially because it is kind of invasive to be able to save memories all day long from a first witness point-of-view without the allowance of anyone in front of it.

This issue was not a minor thing. During the first few months after the product’s release, some public places announced they were going to ban completely the device in their properties because they might be violating existing privacy laws.

“Are you recording me?” was a common question around smart glass users by many intrigued and furious people in the streets. Obviously, not everyone would be in favor of being filmed or pictured, in public places.

Only with its release Google Glass presented at least three big concerns: its bulky price, some big privacy issues, and its design.

What happened to Google Glass?

It was obvious that this product was not going to be the planned hit.  So, what did Google do?

First, its fate went over an extended for some time, leaving it in the dark for a certain period. It was in 2015 that they pulled the glasses off shelves and replaced this wearable with an enterprise-focused device.

That year they made it no longer available to consumers, but something else came on the way. The company discovered the gadget was becoming popular in work environments.

Before going over to the second generation of Google’s augmented reality glasses it’s important to clarify something. Why are we talking about this product? Because it’s now getting its last and final update, marking the end of an era… well, this might sound like an exaggeration. At least it’s marking the end of a not too privileged lifetime period.

The latest announcement from Google said that they’re rolling out a new and final software update for their Google Glass Explorer Edition wearable.

This update means that after February 25th, 2020  it will no longer be possible to link Glass with a Google account. Then, the device will be connected to a smartphone via Bluetooth, but without any Google backend services. At the same time, apps like YouTube, Hangouts, and Gmail will stop working.

What does this mean? Mainly that, after this last update, Google is gently sending its Explorer edition model not to a freezer but to a grave, when some of its more attractive features will cease to function soon.

Let’s fast forward to some years ago while Google tested waters. At the same time, some competitors came on board in the smart glasses industry. With smart glasses, we mean those devices able to beam graphics and notifications with internal smart modules.

Bosch Sensortec, for example, launched a wearable technology called Smartglasses Light Drive, with a more attractive look and feel, with far fewer possibilities to bring a moniker to its users.  It has no visible display nor integrated camera, avoiding, this way, the criticism Google Glass had since day one.

Now there are also rumors about Apple working on a branded augmented reality option to release on the market. While the new version of Google is Android-base, this one will be sold as an iPhone accessory and we might see it in the market in 2020.

One may think that this means Google Glass derailed completely from the company’s first expectations. But, though this attempt failed, it meant the birth of another device that seems to be performing better.

The Enterprise version of the Sci-Fi glasses became a successful invention for another audience. The business-targeted smart glasses headset has been already released in two models. Their cost: $999. The last one includes a more powerful processor than its predecessor, a better camera, faster charging, bigger battery life and a fine artificial-intelligence engine.

Recently, the Project Lead of Glass, Jay Kothari, announced the latest version of the Enterprise. He assured that as their customers had adopted Glass, they received valuable feedback that helped improve Glass Enterprise Edition 2.

It’s evident that, with the new features of this release, the company acknowledged most of the mistakes made in the design and development of the Google Glass released in 2012. Among the many important changes, they have reduced the cost to consumers by almost 33% than the first model.

The main objective of the Enterprise line is to improve productivity in the workplace and, with this new goal on the horizon, they’re making it. The product has great acceptance in businesses eager to adopt it.

It’s kind of early to describe this model as a hit among industries, especially because the company is reluctant to share the number of models sold, but at least it has shown that it has been of great help for employees to work better, smarter and faster in areas like logistics, manufacturing or medicine, among others. It allows professionals to access information with hands-free access while working. Among the known clients using these devices is airplane enterprise Boeing, and the startup in the medical world, called Augmedix.

Now, the glasses are being used to save time to the doctors, that are able to see more patients while attending phone calls or analyzing lab results.

Giving a second life to Glass-related smart inventions was, for sure, a smart move from Google. Now the lenses are not used in everyday life but in the job, where they’re not going to have that many privacy concerns.

Is Google gaining ground again with the change in its business vision? (no pun intended). When the company aimed to present a new face with the Enterprise device, they started breathing again. It seems they’ve wisely found a way to reposition themselves in the augmented reality business. The turning from Explorer to Enterprise editions seems to be taking full effect and that the grass is greener on this side.

In this case of Company Forensics, it seems that the body here is not completely dead. May we be talking about a zombie or a resurrected being?

Arturo Pardo
Content creator with very dissimilar interests such as arts, lifestyle, politics and nachos. I was once an asthmatic, very often a musician, sometimes an actor, and once in while a bingo host.
MORE STORIES
The Steve Jobs Pixar relationship: how the animation company almost bankrupt him
Text Link

Read More...
What happened to Subway? It’s not only about Jared.
Text Link

What happened to Subway? It's demise is more than just Jared Foegle. Subway fell because of a lot of factors, many of which contributed to its success.