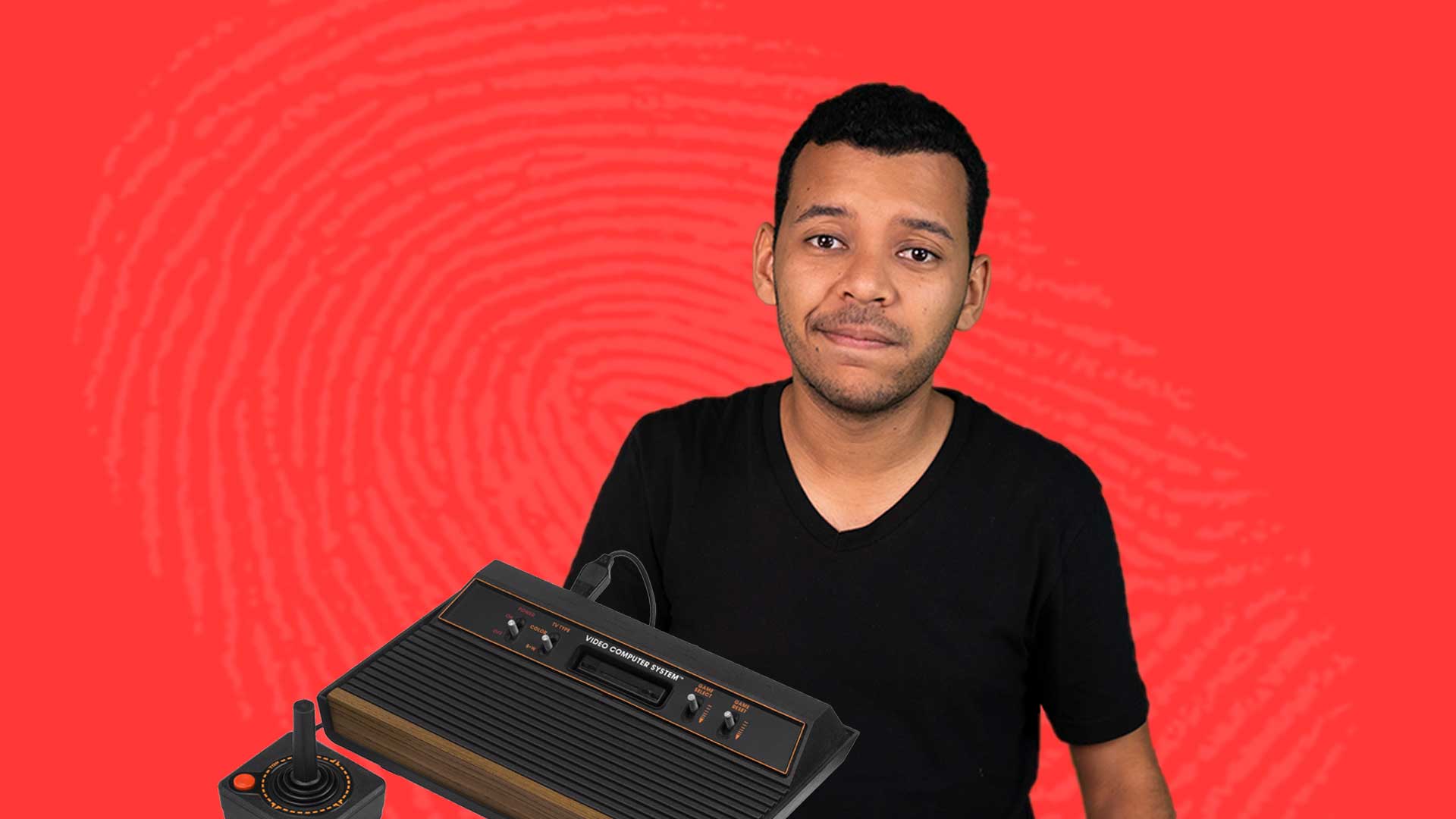 Atari Console Story: why are 700,000 games buried in the desert

Atari Console Story: why are 700,000 games buried in the desert

Yes, it’s forgotten, and its latest project seems to be a failure. But if I say the name Atari, you know what I’m talking about.

Decades ago, Atari was THE video game console.

It helped develop the gaming world in the U.S., with its great 2600 console and games such as Pong and Space Invaders.

But then a little alien came along, the market crashed, and chaos ensued.

Atari bled money, screwed up alliances and created faulty products. Its reputation was so tarnished that stores refused to sell the consoles.

And so, Atari collapsed.

But gamers all over the world owe a lot to the once successful company, which is why we’re going to talk about Atari in this episode of Company Forensics.

The 60s saw the birth of the first video game to be played in multiple computers, which was a big deal, since computers were the size of rooms back then.

It was called Spacewar! and many students saw it as just entertainment, but one man was OBSESSED with the game.

Nolan Bushnell loved arcade games. Besides studying, he worked at an amusement park where arcade games were a plenty and there, he studied which games were the most addictive.

He was fascinated with how people knew the games were hard and STILL, they played on. So, he sought to create something similar and started a company with Ted Dabney, another engineering student.

Their first idea was a copy of…Spacewar!

But they named it Computer Science.

Yeah, their name game was not good.

Then they tried placing Computer Science in arcades, but it was bulky and expensive, so only 750 units were placed, instead of the expected 2300. But they didn’t quit.

So, they formed the Syzygy Game Company and hired engineer Al Acorn.

Again, they copied ANOTHER game: the Magnavox Odyssey’s tennis game and named it PONG.

Their first company name, Syzygy, was already taken, they had to think of another name. Bushnell came up with the word Atari, a normalized form of a Japanese word meaning "to hit the target" or "to receive something fortuitously".

The word 'atari' is used in Japanese when a prediction comes true or when someone wins a lottery.

And the company did just that with Pong.

But back then, no one really knew how to market a video game. So, Bushnell and Dabney decided to market the machine by themselves.

In 1972, they turned to one of Bushnell’s obsessions: arcades. They placed a rudimentary version of the arcade machine in a tavern and it was SO successful that the main problem it had was that it overflowed with quarters.

Imagine that: the problem was TOO MUCH MONEY.

But, hold it there, just as the company grew, things turned dark behind closed doors.

Dabney says Bushnell forced him out of the company, but Bushnell says they just parted ways amicably.

Yet, additional sources say that Dabney felt Bushnell left him out of meetings, ideas and business deals. So much so that, even with Pong’s success, Dabney left the company in 1973, selling his share for $250,000.

Dabney did continue to work for Bushnell as an employee, but as he put it, with extreme caution.

And I’d believe him.

Bushnell was fixated with dominating the arcade market, so he created another company called Kee, which was Atari with a different name, to sell exclusive contracts to the arcades that didn’t buy Atari.

Between the two companies, he monopolized the arcade market.

But HE WANTED MORE: he wanted devices to be smaller so that people bought them for their houses.

So, he created the Atari Video Computer System (VCS), later named 2600, which carried four games, a joystick and two controllers. All for just $849 in today’s money.

It was a partial success at first, enough for him to keep working at it. But hardware will always be expensive, now and then. So, he sought investors and Warner Communications knocked on the door.

He did continue to work under Warner, but he was let go as both he and the directors found the situation “difficult”.

By 1978, he had broken all ties with Atari, and the successful video game brand was now entirely in Warner’s hands.

This would be good. And it would be bad.

Though the 2600 was a moderate success in the late 70s, it didn’t really take off until Atari licensed Space Invaders. Then the console became a hit, and Space Invaders became the first game to sell one million units.

Atari, under Warner’s guidance, aimed for the 2600 to become obsolete within three years. So they started working on a replacement: the 5200.

And the 2600 did become obsolete, but the market was changing too.

Atari was no longer the only console. Other manufacturers, like Magnavox, Mattel and Coleco were getting in on it.

So the company worked hard to create not only the 5200 but also personal computers like the 400 and the 800.

The interesting bit was that these computers used gaming console technology. And, again, they weren’t alone. Other companies, like Commodore, Tandy and IBM also created personal computers.

And computers were attractive: they had keyboards, could perform other tasks and, also, run video games.

But the 5200 would be unable to reproduce its older brother’s success.

In a place where everybody wanted a piece of a very large pie.

Well, except the pie wasn’t that big.

Today, everyone wants to create the perfect app.

Back then, it was the perfect video game.

And they were a bit ambitious. Companies like Atari estimated, just like the days of television, that all households would have a gaming console.

People bought consoles like crazy, or so it seemed. And this would increase demand for games, right?

So, why didn’t it happen?

Because the industry was blinded by its ambition. Demand was high, but if it was 100%, companies manufactured 175%.

And that wasn’t the only problem.

Here’s a tiny example: the Atari 5200 wasn’t compatible with the 2600. So, Atari had to manufacture specific games for each console. And this scenery was common all around the market.

Add to this that the market was opening. Prior to 1979, only Atari produced games for Atari but four engineers left the company, as they felt they didn’t get enough credit.

Imagic, Games by Apollo, Parker Brothers, Colecto, Activision, CBS Video Games and Mattel were all creating games for the Atari and other consoles. Third-party manufacturers went from 3 to 30 in JUST SIX MONTHS.

But the games weren’t good. Many were just reverse engineered, were poorer versions of other games, with limited graphics and playability.

David Crane, Activision’s founder, recognized this and even went as far as saying that many of the games produced during those years were “the worst ever made”.

In fact, few games were groundbreaking, only 10% of games produces 75% of sales. And still, the market was overflowing with mediocre products.

Stores were jammed so they returned unsold games. But the publishers had no cash to refund them, because their products were so bad, they COULDN’T SELL THEM.

Many companies folded and left the retailers with heaps of bad video games. Desperate, sellers slashed the prices and still couldn’t sell them. It was chaos.

And then this guy came along: the worst video game in history: E.T.

Trying to ride both the movie’s success, Atari ordered a designer to create the video game version, but gave him just FIVE WEEKS and very little money.

The result was an ugly, unplayable, bug-ridden game and Atari ordered not one, but 700 THOUSAND copies of the game.

There was hype, but there were no sales. And this is considered the beginning of the industry’s collapse.

Stores were so fed up with the situation that they rejected selling consoles altogether and customers didn’t want to pay for expensive, bad games.

So, what did the company do? Well, what anyone would do.

That’s right. But this wasn’t the only mistake Atari made.

In 1982, talks between Nintendo and Atari were at full swing. Nintendo sold its Famicom console successfully in Japan but had failed to enter the US market, so they turned to Atari to form a partnership.

In 1983, Nintendo proposed that Atari help them build the device while Nintendo helped in the marketing.

Atari’s 5200 was a failure and the 7800 was still just a thought. So, the risk for Atari was low. If the deal went bad, Nintendo would suffer. Not Atari.

But chaos was such that Atari’s management literally lost track of negotiations.

So, Nintendo, confused and wary of this, decided to enter the market by themselves.

And the rest is history. At least for Nintendo.

Because Atari would make the same mistake years later.

In 1988, Sega proposed to Atari that the latter build their devices and, according to Michael Katz, the president of video games division:

“The negotiations went pretty far down the stream, and as I recall, they fell apart when Sega and Atari couldn’t agree to the terms. Then Sega decided to do it themselves.”

And then, Sega created the Genesis.

After the video game industry collapsed, Atari did too.

Attempts at reorganization failed and it was sold to Jack Tramiel, who renamed it Atari Corporation.

He did a good job, if you ask me. He managed to rebound the numbers, earning $25 million in profit in 1986, by using marketing and improving existing products.

He invested in innovation and created the Lynx, a handheld console with color, long battery duration, and plenty of games.

BUT they released it after Christmas, and everybody had already purchased another handheld: the Gameboy.

The 90s weren’t kind either and, though the company had money, its products were deficient. The Jaguar console, directly competing against Sega and Nintendo, was a flop, and the Lynx didn’t sell well.

So Tramiel sold the company to Hasbro in 1997.

Then Hasbro was taken over by Infogrames, the French developer, just three years later.

Ironically, after Hasbro took over Atari, they released the Jaguar patents to the public and now it has a cult following.

Then Infogrames kept Atari alive with promises of another console, a retro-styled VCS. But Atari seems to be a stagnant money pit with a broken promise.

In 2017, there was finally word that the VCS would come out. But it does so in a very tough market. There’s the Playstation, the Xbox, the Wii and even Nintendo released its retro NES version.

So, one must ask, is the VCS worth launching?