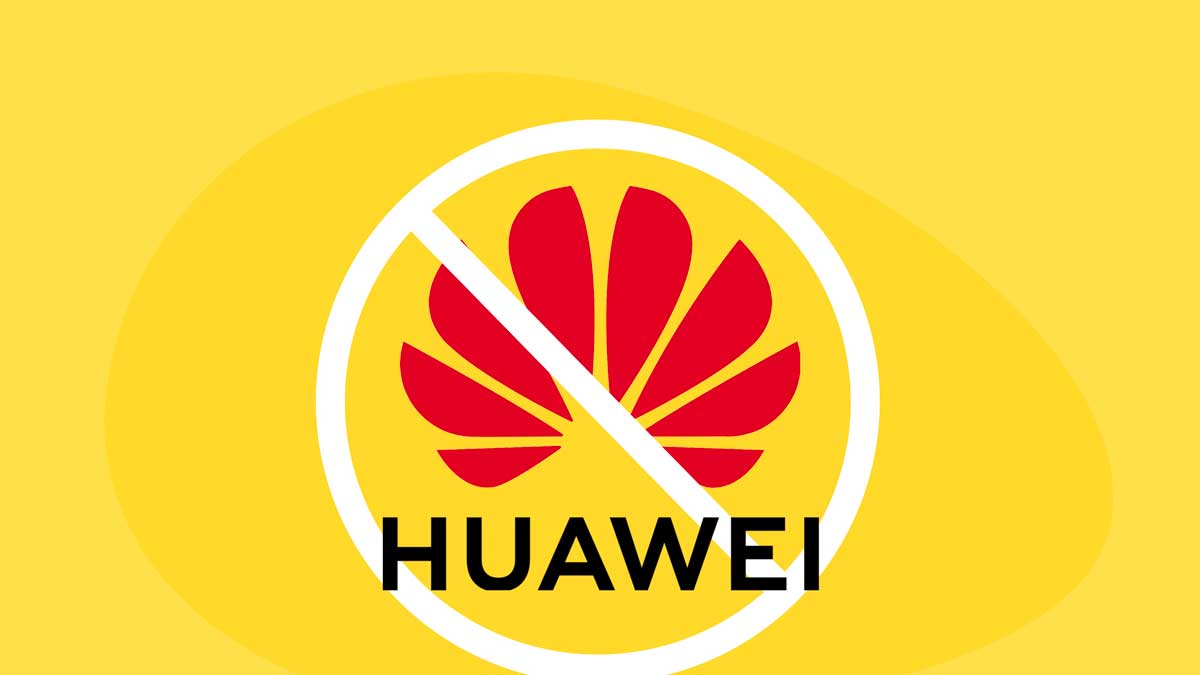 Huawei went from a small, rural operation to the second biggest phone manufacturer in the world. But we can't ignore that its might in another, much more controversial sector: telecommunication networks.

Its history packs stuff straight out of a movie: arrests, geopolitical war, and espionage accusations. All of which have placed the giant's future seems in jeopardy. So, what will happen to Huawei?

Let's talk about it in this Company Forensics: Huawei.

During the 80s, China wanted to evolve and be competitive on a global scale. Given its deficient infrastructure, it relied heavily on commercial alliances and imported products, where Ren Zhengfei got his first break.

Having lost his job in the People's Liberation Army, Ren sought to start his own company, Huawei, which translates to "China is able." It wasn't the giant it is now; instead, it resold phone switches imported from Hong Kong. But the supplier would eventually revoke the licenses, and Huawei could either innovate or die.

Back then, innovating in China was difficult: government control made it hard for private companies to succeed.

Zhengfei went off the beaten path. Having learned plenty about phone switches, he manufactured his own and sold them to small hotels in rural villages, often ignored by more prominent companies. Obsessed with innovation and customer feedback, Zhengfei had Huawei improve products continuously and didn't move to digital technology until he felt he had enough experience.

By 1993, Huawei had their first big hit, when they launched their C&C08 switch, the most powerful available in the Chinese market at the time.

During the late 90s, Huawei won plenty of contracts, some of which would later become a source of controversy. One came from the People's Liberation Army to build the first national telecom network in China. Then Nortel, one of Canada's biggest communications companies, outsourced all their productions and engineering to Huawei.

Ironically, Nortel went bankrupt right when Huawei was rising as a telecom powerhouse. Reports surfaced that accused China of hacking Nortel and stealing technology. It's all fun and games until hacking comes about.

Despite accusations, Huawei didn't slow down. It doubled down on its customer-first philosophy: "Turn your eyes to the customer and your back to the boss," was their motto. One story goes that a lightning strike blew out all of Huawei's equipment in a small village. The company replaced the entire system as fast as it could, at no cost.

Feeding off this, Huawei brought in none other than IBM to further train the staff on multiple topics. And at a very high cost. Reports say that the investment was about $150 million. But, it was the only Chinese company willing to invest so much, and this set it apart.

In the 2000s, Huawei aimed to expand. It opened research centers and facilities in other countries, such as India. In 2005, it allied with Vodafone, the first time a Chinese supplier received approval from the telecom giant. That same year marked the first time its international sales exceeded domestic.

Then, it joined forces with Symantec, a US communications company. But this lasted only four years as Symantec pulled out of the deal. The US government warned Symantec that its alliance with Huawei wouldn't allow it to receive classified information on cyberthreats.

In 2008, Huawei was unable to be a part of 3Com, a computer network manufacturer, and, in 2010, it lost a bid to supply Sprint Nextel. The reason why? Both instances were considered risks to national security.

Unable to make it big in the US, Huawei resorted to another strategy. It aimed at markets the big brands tended to ignore, such as South America, Africa, Russia, and the Middle East, a replica of what it did in the past.

It also invested heavily in innovation. From 2002 to 2010, the company opened innovation centers worldwide, including Germany, Russia, Sweden, and Canada. Of the approximately 180 000 employees, about 45% work with R&D in some way.

While we think of Huawei as a phone manufacturer, its core strength historically has been networks, including one of Huawei's obsession: the 5G network. But we'll talk about this later. So, when did Huawei become the world's number 2 mobile phone manufacturer? Well, it's pretty recent. Its first Android smartphone, the U8220, was launched in 2009, just eleven years ago.

Their first genuinely successful smartphone, the Ascend D1, was launched just in 2012, and, like Huawei's start, former Huawei employees have recognized the first phones weren't great. But, with relentless innovation, they had a decent model in no time.

One can say that 2014 was Huawei's breakout year; their Mate 7 model, a high-quality smartphone that was both aesthetically technically appealing, quickly outdid the competition, especially Samsung.

From then on, Huawei has never stopped improving. Engineers regularly revise customer feedback and aim to improve each iteration. Just two years separate the Ascend D1 from the Mate 7.

Recently, Huawei joined forces with Leica to fit high-quality cameras and designers to provide new, improved aesthetics. Now, Huawei phones rank amongst the best when it came to picture quality and overall performance.

With all of this, it's hard to pinpoint the one thing that made Huawei so successful. It's a combination of things, like innovation, a customer-first policy, and aggressive expansion to unexplored markets. But, the moment has come to talk about the elephant in the room.

Let's just say it: the US doesn't want to lose control of 5G communications, saw Huawei and its blistering quick development as a threat and banned it. One could say that, but the US has other justifications. Let's recap.

Huawei is China's most significant innovator and is known for installing communication networks all over the world. Its founder, Ren Zhengfei, has had ties with the People's Liberation Army for decades.

Though Zhengfei has repeatedly stated he has no bonds with the Chinese Communist Party, the CCP ranked him as one of the "100 excellent private entrepreneurs who safeguard the leadership of the CCP."

The US has even said that the rags-to-riches story couldn't have been possible without close ties with the Chinese Government. But does it matter?

Well, yes. That's where 5G comes in. Huawei developed, tested, and installed 5G networks in China in a span of about two years when other countries have taken as much as 6 to 8 years.

And this has divided the world. Europe has made it clear that Huawei is an inevitable partner in the race for 5G.

But, the US thinks otherwise. They see Huawei as a threat to national security, due to its close relationship with the Chinese Government. Let's remember that many countries have linked China with cyberattacks.

Huawei has gone to great lengths to make it clear that they aren't linked to the CCP or participate in such cyberattacks.

But some cases don't help its reputation, such as the Africa Union. Huawei helped the Chinese Government build the Africa Union Headquarters in Ethiopia. Years after completion, reports surfaced that the Union's data was copied to servers in Shanghai, every day, for five years!

Huawei and the Chinese Government have denied this. But, c'mon, it is suspicious.

Then, Meng Wanzhou, Zhengfei's daughter and Huawei's CFO, was arrested in Vancouver. She broke US sanctions imposed on Iran. Though she set bail (just $10 million), she was charged with misleading banks about her businesses with Iran. Huawei, too, was charged with obstruction of justice and theft of trade secrets. Something about a robotic arm. I told you: movie script. Though she was released, Wanzhou must wear an ankle tracker, pending her extradition and possible conviction.

And so, Huawei was blacklisted. But what does it mean? Well, American companies can't work with Huawei, and it includes Google. From the moment the sanction took effect, new Huawei models can't use the Google Play store and core apps like Gmail and YouTube.

All Google can do is provide security for current users. But Google went as far as even to warn users not to sideload core apps like Gmail as these will be unsupported and insecure.

The impact was immediate. After the US announced the restrictions, sales in Europe dropped considerably, and Zenghfei himself recognized that 2020 would be a challenging year. Huawei expected a 20% decrease in sales before the world health crisis, but these numbers could certainly be worse now.

Many countries will still turn to Huawei for their 5G needs, especially in continents such as South America and Africa. But the phone sector faces an uphill battle.

Among these apps is Google Maps, which is vital for navigation tools like Uber and Lyft. Now, Huawei won't be able to work with these two, and many others, like Dropbox, Spotify, and Tinder (oh no!).

With Google gone, Huawei has to rely on its own App Gallery, which lacks variety and is miles behind the Google Play Store.

And yes, Huawei is still a hit in China, where Google is absent. But domestic competition is brimming with brands Xiaomi and OnePlus, and these might overtake it internationally.

Initially, Huawei had hinted that Harmony, a new OS, would replace Android. But, it turns out, the software will focus on device integration: smartwatches, computers, and TVs.

Harmony might eventually be the future of Huawei smartphones, but Huawei still works with the open-source part of Android. If it no longer can work with Android, then it would shift to Harmony.

And, this has potential. Let's use Apple as an example. Apple optimizes both software and hardware to work together. In Google's case, GMS is more generalized and not necessarily optimized to work with all third-party brands.

So, if Huawei manages to create a great combination of hardware and software with its new Harmony, they might have a gamechanger. But we're getting ahead of ourselves because even Huawei itself hasn't made the shift.

While Huawei works on Harmony and finds a way to work around the ban, the rest of the smartphone world moves forward at a blistering pace.

So, time is an issue. Can Huawei find a solution fast enough? More importantly, can they shed their reputation?

What We Can Do to Help Startup Founders