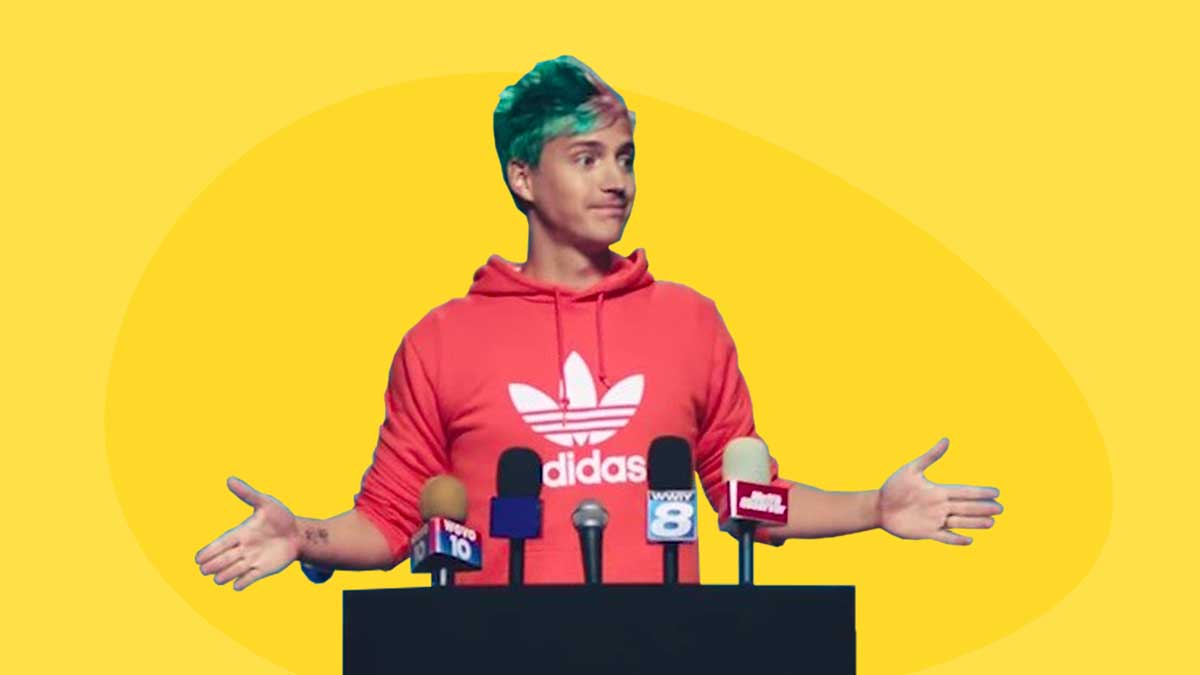 Mixer: Why Microsoft keeps failing at being cool

Mixer: Why Microsoft keeps failing at being cool

Sponsored by Skillshare: get 2 free months of Skillshare Premium

One of the privileged industries experiencing growth during the current pandemic crisis is the gaming industry. It's a no brainer. People around the globe are locked-down, spending more time at home, a lot of it probably on their screens.

Reports forecast that 2020's global gaming market will generate revenues of $159.3 billion, and continue to grow at around 10% year-on-year. The industry's revenue branches have diversified, and streaming services and mobile gaming are now pillars of the business.

Yet in this atmosphere of growth and opportunity, many were affected when all of a sudden the game-streaming platform Mixer, owned by Microsoft, announced that it was shutting down, recently in June.

In late July, the site was effectively turned off only thirty days after the announcement, and everyone was cordially invited to move to Facebook Gaming. Why Facebook Gaming? We’ll get there in a moment.

Just like that, Mixer partners were granted partner status on Facebook Gaming, and streamers on the monetization program were eligible for Facebook's Level Up program. Viewers with outstanding balances or subscriptions received Xbox gift card credit. And that was it.

Yes, Mixer was always behind the big players like Twitch or Youtube in terms of monthly active viewers, but many streamers and content creators still liked the platform and relied on it during years to develop their communities and careers.

Mixer meant a source of income and development for many of them, and they were suddenly starting from scratch again. Some made pretty heartfelt testimonials found on Youtube.

Does this mean Microsoft lost the battle for game-streaming services? Are they relying on Facebook’s social and streaming DNA; while they can focus on making games available to more people?

Microsoft came up with Mixer in mid-2017, after acquiring it as an early-stage streaming startup named Beam, that had 100K users at the time. But Twitch was already the biggest game-streaming platform by then, and Amazon had bought it for $970M, three years before.

Let's talk about it in this Company Forensics: Mixer.

Microsoft's head of gaming, Phil Spencer himself, has acknowledged that Mixer started pretty far behind the big competitors in terms of monthly activity, and it never caught up. Still, they tried.

In August 2019, they shook the streaming world when they stole two of Twitch’s biggest streamers: the famous Fortnite player Tyler Blevins, a.k.a "Ninja" and "Shroud." They signed undisclosed exclusivity deals never seen before in these platforms, setting a precedent for talent hunting and signing.

By that time, Ninja alone was the biggest streamer on Twitch, with millions of followers and estimated earnings of $10M, the previous year. Mixer hoped that bringing these two names and their audiences into the platform would be the boost they needed, but it wasn't.

For Ninja and Shroud, on the other hand, it was the deal of their lives. Reportedly, they were paid around $30M and $10M respectively, to stream only on Mixer. Mixer ended the contract a few months later, setting them free to go play and stream on Twitch or anywhere they please.

Now, talking about these streaming platforms is talking about videogames, and there's always a lot going on in this fast-growing industry. One of the most iconic and mediatic events is the so-called "consoles war," and it very much involves Microsoft.

Here is the story in a nutshell: first, it was Nintendo, almost in a world of its own. Then came Sony with Playstation and gave it a run for its money, releasing the best-selling console of all times, the Playstation 2, and dominating the market ever since.

To enter this race, Microsoft launched the Xbox in 2001 and took the market by storm with its next-generation, the Xbox 360, released in 2005. But Sony caught up with it and surpassed again with the Playstation 4.

For reference, in the last quarter of 2016, Microsoft's gaming revenue decreased by $152 million or 9 percent, due to lower Xbox hardware revenue.

So, it shouldn't be a surprise to see Microsoft pushing boundaries of the industry, looking for expansion beyond consoles. Here is where mobile and cloud-gaming may come to play for them. Some love this, others hate it, but it seems like the near future of gaming.

Kareem Choudhry, the vice president of Gaming Cloud at Microsoft, said in 2018 that they believe there will be 2 billion gamers in the world, and they aim to reach every one of them.

Microsoft is looking to make games available to every possible gamer, and what other gaming devices could people have, other than consoles or PCs? You guessed it: phones.

Unlike consoles or gaming PCs, everyone has a smartphone, and they are more powerful every time and feature better screens. While hardcore gamers can deem mobile as "second-class" gaming, studios and companies are digging on the goldmine as hard as possible.

So, phones are making the hardware available for more people, now cloud-gaming is meant to bring console games to everyone. Or at least that's the promise.

Microsoft is no new to cloud-gaming efforts. In fact, with Google and Amazon, they are among the few companies with enough cloud experience and server power to make cloud gaming a reality.

It’s the promise of a true Netflix of video games. Yes, experience the latest and greatest games on your old laptop, phone, or tablet, thanks to remote servers instead of having to buy a console or build a powerful PC. You do need a powerful internet connection, though that may be more accessible.

The former xCloud Project is now a BETA program of Xbox online subscription, Game Pass, and is available now on PC and Android phones. They recently announced a partnership with Samsung, to ship the Game Pass app on the new Galaxy and Note phones.

Cloud gaming comes with technical challenges that are still being perfected, but it’s closer to becoming a reality and it poses a threat to the future of the console business.

In an unprecedented event, in May last year, Sony and Microsoft announced that they were partnering to work on innovations that enhance customer experiences in their direct-to-consumer entertainment platforms and AI solutions.

It seems like a win-win situation: instead of fighting it out, as they have for decades, Sony is now looking to Microsoft's vast cloud experience to help power its services; while Microsoft is teaming with a rival to fend off more substantial gaming threats.

Microsoft seems to be harnessing these significant partnerships and doubling down on these new revenue opportunities. So, in hindsight, it is no surprise that they partnered up with a big player in Facebook Gaming, rather than continue pouring resources into an unpromising Mixer.

But it's arguable that streamers, or anyone for that matter, could have reasons for just not wanting to jump onto Facebook right now. Indeed, most Mixers streamers and partners were openly more interested in migrating to Twitch or Youtube instead.

Sources have reported that Facebook Gaming may have offered to double Ninja’s contract with Mixer, supposedly offering him around $60M to stream on their platform. Spoiler alert: Ninja didn’t take the deal and returned to Twitch instead, like a glorified prodigal son. His former channel was waiting for him, with his more than 14M followers.

It sounds bad for Facebook Gaming, but it hardly undermines Facebook's streaming muscle, and they will also be very happy to leverage the Xbox gaming constellation on their platform.

So, this is how Microsoft likely sacrificed Mixer in favor of bigger plans alongside Facebook. The full potential of those plans will unfold in the coming months and continue to reshape the gaming industry.

For now, Twitch and Youtube remain the royalty of game-streaming services while the memory of Mixer starts to vanish.

See you in the next one.

This content was sponsored by Skillshare: get 2 free months of Skillshare Premium