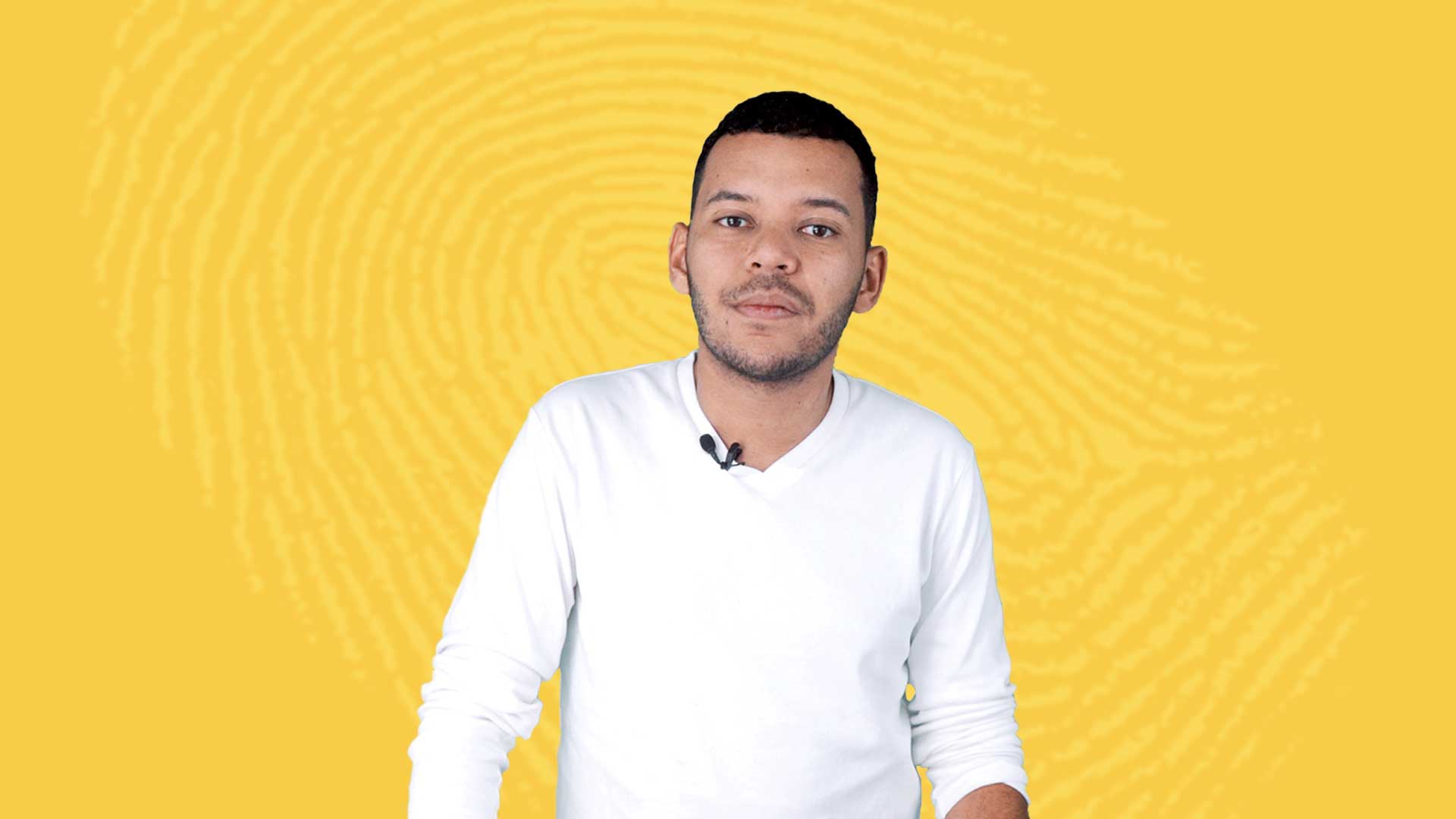 What happened to Forever 21? | Company Forensics

What happened to Forever 21? | Company Forensics

It was the embodiment of the American dream. A migrant couple who starts from scratch and rises to the top of the clothing retail industry. But then, that dream plummets to the ground.

Forever 21 became a fixture in fashion and the wallets of twenty-something-year-olds. The clothes were fashionable and cheap, and there was a Forever 21 store in almost every shopping mall you could think of.

They were ALL OVER the world. And, with the latest fashion trends on hand, they seemed here to stay.

But Forever 21 was a controversial brand. It grew too fast and had dubious practices.

So, it’s safe to say that it rocked the world of fashion, for better or for worse. And, in 2019, it was the ever changing world of retail that ROCKED Forever 21, so much so that the company filed for bankruptcy protection.

How did one of the world’s most noticeable fashion brands manage to get to this point? In this episode of Startup Forensics, we’ll dive into:

Korean immigrants Do Won Chang and Jin Sook Chang arrived at the U.S. in the 80’s and they had a rough time. They worked odd jobs, had very little money and no formal education to rely on.

Do Won originally had hoped that, having worked at a coffee shop in Korea, his expertise in this area would be the gateway to success but it wasn’t.

He was stuck as a waiter. But he did notice something.

The people who drove the nicest cars were all in the garment business, he said in an interview. His instinct told him the way to success was through fashion.

So, in 1984, they scraped up all the money they had, $11 000 in total, and opened a small clothing store called Fashion 21. The 900 sq. ft. store was directed towards the Korean American community, its women specifically.

With such results, they felt confident enough to expand, at a brutally fast pace: a new store every six months. DON’T forget this.

By 1987, the Changs wanted to give Fashion 21 a twist. Their aim was to evoke an eternal desire for youth, a wish to remain in what Do Won himself recalled as the most enviable age: FOREVER 21.

With a new, catchy name, and a profound understanding of their key demographics, Forever 21 did something that seemed a bit odd. Instead of importing garments at a lower operating cost, they chose to produce their clothes domestically.

Because this way, they had the latest fashion on hand quickly, faster than any competitor. They would base themselves off ideas seen in Korea and produce them practically on site.

Many of their items were very cheap, meant to be bought, worn, and sometimes, discarded quickly. This is called fast fashion, and we’ll talk about it later.

For now, let’s just say they were well on their way to becoming an empire.

The wrong growth and expansion

By 1989, Forever 21 had 11 stores all over California. They averaged 5000 sq. ft. in size and the chain had even opened their first mall-based store.

To diversify and capture even more buyers, they introduced Forever XXI in 2001; a new, high-fashion concept. Flagship stores opened in major cities like L.A., Miami, and Chicago and they were massive, averaging 24 000 sq. ft. in size. ALSO remember this.

All this was fueled by Mrs. Chang’s eye for business.

Mrs. Chang, and her nearly-clairvoyant ability to predict trends, were part of the catalyst that boosted Forever 21’s upswing, said an article in Business Insider.

And, as I mentioned before, their key strategy was fast fashion. Given that the garments’ intended use wasn’t for the long run, most of Forever 21’s clothing was cheaper and didn’t have the highest quality.

Now, take into consideration that fast fashion CAN AND HAS BEEN profitable for brands, but hedging all your bets on it can backfire. Fast fashion requires you to have cheap products that attract the customers to the company’s other, more expensive products.

So, the loss-making, cheap clothes work as a gateway, as a hook.

To be successful with fast fashion, you need to control variables like growth, supplies, and production cost.

<With regards to this last item: how do you make cheap clothes? Ahem, sweatshops. But we’ll talk about this later.>

The Changs knew they had to cater to bigger audiences. So, in 2006, they included the men’s line, a lingerie line in 2007, and a plus size brand in 2009, as well as makeup and cosmetics.

All of this, while they kept the core business in the family, as their two daughters, Linda and Esther, stepped into the company and helped expand it.

Yes, the company was expanding, at a very high rate.

Their ecommerce was merely 16% of their total sales and this made them VERY vulnerable to online shopping, which was evidently the future.

Then, there was the company image.

Production costs in the clothing industry have always been controversial. The cheap end price is only the tip of the iceberg.

In 2001, amidst their early expansion, employees from a Los Angeles factory sued Forever 21, alleging conditions that more closely resembled a sweatshop than a factory. Amidst the allegations were altered timecards, long work hours, payment below the minimum wage and, in some cases, no pay at all.

This case generated a three-year boycott against Forever 21 and, though it was eventually settled in 2004, the chain’s image took a hit.

Then in 2014, the United States Department of Labor’s Occupational Safety and Health Administration (OSHA) recommended Forever 21 be fined with $100 000 for serious safety hazards in its stores.

Yes, it was pocket change for them, but the buck didn’t stop there because it wasn’t only about employee conditions.

Designers claimed Forever 21 copied their work, including heavyweights like Diane von Fürstenberg, Anna Sui, Gwen Stefani and Trovata. Even Ariana Grande sued them for copying the style found in her 7 rings video.

Companies like Autodesk and Adobe filed a joint lawsuit against the company for using illegal, pirated copies of their software. C’mon! You turn in billions. You can at least pay for ONE license.

Remember all those stores?

Well, in some malls, they had also inflated sales figures to lure in renters. (They’re facing a lawsuit for this. ANOTHER one, yes).

Also, some of its jewelry products had toxic cadmium in them. Wait, is this for real? All of this? WOW.

And to top it all off, the company has been accused of pushing a religious agenda.

That’s right. Religion gets into the mix.

You see, the Changs are born-again Christians and have consistently placed religious phrases in their products, such as Holy and Thank God, Jesus Loves You, etc. Even the verse John 3:16 is printed in their clothing.

Is that Stone Cold Steve Austin? No, that’s another thing.

Whatever their beliefs, it’s evident that the company didn’t have a clean slate. In fact, it’s a very messy one. But, did all this help in the company’s demise?

Controversies might’ve not sunk the brand, but they did help in denting an operation that was already getting out of hand. Forever 21 had expanded too quickly and Mrs. Chang admits to it.

“We went from seven countries to 47 countries within a less-than-six-year time frame”.

And, remember what we said about the complexity of fast fashion? Well, again, here’s what she had to say.

“When we grew so quickly, there was a lot of complexity that we did not foresee. We weren't set up with the supply chains to support that kind of globalization. Having to tailor our assortment for different countries created a lot of nuances that added up to a big puzzle problem for us.”

Talk about being honest.

So, in summary, Forever 21 had too much success? (Quizzical look).

They expanded too quickly and didn’t have a good grasp on the entire process. That’s never a good combination. Added to this, consumer behavior was changing. People don’t go to shopping malls anymore.

And the chain had a lot of stores that were big, shiny, but expensive to operate. Yeah, they had about 800 of them. Debt was piling high.

So, though they TRIED to avoid bankruptcy by downsizing, it was inevitable.

In 2019, the company filed for bankruptcy protection. This is when an individual or company has too much debt and can’t pay it, so they ask to reorganize the entire debt operation.

This basically means another chance to hopefully be profitable again.

And, though at first it shocked the world, some weren’t surprised.

By the way, shopping malls should be cautious.

Here’s what Mark Cohen, a business professor, had to say:

“It’s a self-inflicted catastrophe. This is a bonanza for the competition and it’s another death knell for the malls they’re in that have already lost a Sears, Macy’s, Penney’s, and are struggling with footsteps diminishing every day.”

But such a big company wasn’t just going to disappear.

A look into the future

The company was given a chance when they applied for protection. And they have acted; in their efforts to rescue the company, the Changs closed a lot of the stores. A LOT.

They also ceased operations in <40> countries to focus on their most profitable locations and injected some effort into their e-commerce operations.

Remember that their e-commerce was forgotten? Well, they took notice and worked on it.

Will it be enough? We don’t know.

They have also ramped up their marketing and created alliances with Amazon and other online retailers, but somehow it feels as though there’s something missing. They aren’t too specific on what they are going to do. Perhaps not even they know.

But one thing’s for sure. What made them great is extinct. The days of massive stores are gone: there’s no need for them.

So this might not only be the tale of Forever 21 but rather of all department stores. Where are we headed to? What will happen to all these spaces?

Will the future have clothing stores?

We don’t know. Perhaps as museums, or as an exotic destination to travel to.

But, for now, all we know is that Forever 21 can stay alive, only if they break away from the past.