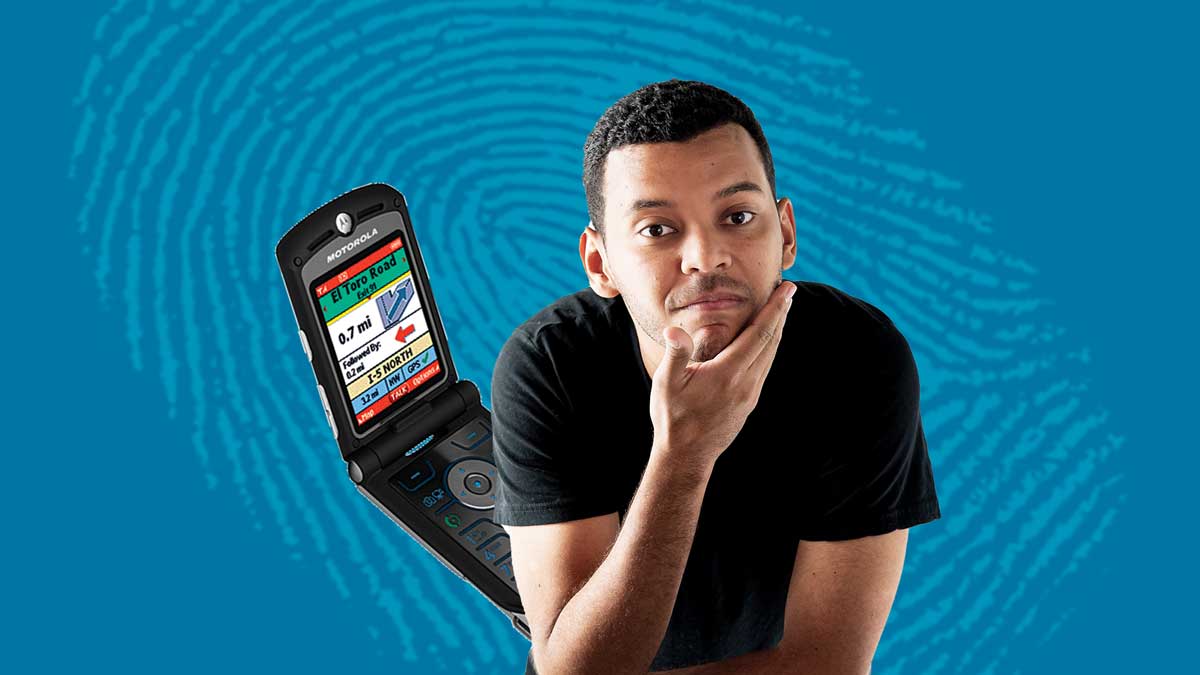 What happened to Motorola?

What happened to Motorola?

Even the mightiest fall.

Motorola was a pioneer in mobile communications and helped shape entire markets with groundbreaking products.

And, yes, we can summarize this episode and say that it was a giant failing to act upon change.

But we’d be lying, because there’s more to. It was culture and management that killed Motorola.

In 1928, brothers Joseph and Paul Galvin purchased a bankrupt radio technology company for $750. Soon after that, Paul decided to make portable radios which could be installed in cars.

Since he aimed at cars, he wanted a catchy name. He combined motor, with a popular commercial suffix, ola (as in Crayola and Victrola), to create Motorola.

These radios, and the name, were a hit.

So, the Galvins changed the company name from Galvin Manufacturing Corporation to Motorola. But it didn’t stop with prehistoric car radios.

Then they came up with the first portable, large-screen television.

The first transceiver to be used in space.

And the first commercial cellular device.

They even created the Six Sigma quality process in which 99.99966% of all opportunities must be free of defects.

Mobility would launch Motorola to new heights. But it was also the most troubled division. Its history helps shed a light on how flawed culture spread inside Motorola like a virus, eventually killing it.

Motorola ventured into mobile phones in the 70’s and by the 80’s, it had created the DynaTAC.

Now, let’s be clear: to the average user, the DynaTAC was a complete mindf*ck.

There were some drawbacks:

You could talk for just 30 minutes.

It weighed close to a kilogram, so it could give you scoliosis.

And then, there was the prize. Set to today’s money, the DynaTAC was worth $9800!

But! It meant freedom. It was elite, exclusive and popular.

In fact, people had to sign up in waiting lists.

So, all these hinderances meant NOTHING, because no one had seen anything like the DynaTAC before.

Continuously Motorola improved and created newer models like the MicroTAC and StarTAC. These had longer battery duration, lighter bodies and were no longer the size of bricks. Some even had GSM technology.

These were even MORE popular.

Motorola grew fast, so fast that it built huge factories to meet demand and even came up with the Six Sigma standard, in which 99.99966% of products are free of defects.

With all this, during the early 90s, Motorola became the biggest mobile phone seller in the world. But, in 1998, Nokia took sole position of first place.

Nokia duking it out with Motorola. My, how times have changed.

But to explain why this happened, we need to talk about China.

During the 80s, China slowly opened to international markets and Galvin wanted a piece of this very, very big pie.

China meant, for Galvin, two things: cheaper production and a larger market. After much pressure, the Chinese government agreed to let Motorola install factories there, with one condition:

Motorola was to educate the manufacturers and suppliers with western standards and practices.

All this to have a piece of a very big market.

But, there’s nothing wrong with teaching the biggest country in the world how to have efficient manufacturing, right?

“Hundreds of Chinese suppliers, including state-owned firms, learned how to make things the Motorola way. Those suppliers, which had second- and third-tier suppliers of their own, spread that knowledge throughout a growing swath of China’s economy.”

And this is key, because it all comes back.

So far, it seems that very little went wrong in Motorola. But problems were boiling underneath and they were caused by one thing: company culture.

This goes way back, to the times of the DynoTAC.

Historically, Solutions had decent margins but a steady market, relying heavily on tenders and public services, like police and fire departments.

But Mobility sold cell phones in an era where having a DynoTAC meant big bucks. And this meant bonuses, BIG bonuses.

Now, rivalries between divisions within a company are normal. But, in Motorola, profits and bonuses evolved into somewhat of a war, and management did very little to change it. In fact, they embraced it.

In his extensive autopsy of Motorola, journalist Ted Fishman explains:

“Top management believed in letting the sector heads run the businesses their way. If that rubbed others the wrong way, tough luck. There was no cohesive plan for network technology and handset technology. The two operated totally independently, in totally different directions.”

So, as the two divisions weren’t seeing eye to eye, there was little communications, just when dialogue was key.

By the early 90s, Solutions was already advancing in the use of digital communications, but Mobility didn’t care to make the switch: numbers were great. 1994 saw $22 billion in revenues and $2 billion in profits.

But such was the animosity that Solutions engineers used Qualcomm phones. Qualcomm was Mobility’s biggest rival. And while the clan war erupted, in the background a mobile phone company worked hard to go digital.

That company’s name was NOKIA and it was unstoppable.

After becoming number one in mobile phone sales, it would remain there in one way or another there for 15 years.

So, Motorola was desperate, and the company brought in another Galvin, Chris, to help. But he ran into chaos.

A white elephant from space

People were obsessed with space in the 80’s. Communications was no exception and so, the Iridium project was born: a network of 77 satellites that would provide coverage where traditional technology couldn’t.

Motorola thought it was a great idea; it provided the technology to develop the satellites and money.

And Iridium was big. Even Al Gore supported the idea. Well, he was KINDA big in the 90s.

But the project took ten years to launch. And when it did, in 1998, guess what happened?

After a short, 9-month, lifespan, Iridium filed for bankruptcy. Desperate for anything, Motorola sold Iridium for bits and got back only 1% of the original investment.

Iridium, however, would not be the only hurdle. 9-11 brought business to a halt, the SARS scare shut down markets and in 2001 alone, Motorola lost $4 BN.

Desperate for a solution, Galvin fired 56 000 employees, and focused on cost-cutting. But his efforts weren’t enough. In late 2003, he too was let go and months later, the Galvin family ditched the Motorola boat and sold its 3% share for $720 million.

The Galvins broke ways 80 years of history. But they ended up saving themselves.

A razor-sharp, but short turnaround

Galvin’s replacement, Ed Zander, entered a hornet’s nest when he took over for Motorola. There’s a legend that he cried on his first day. I would too, if I could see into the future.

But Zander saw potential in a sleek, elegant mobile phone called the RAZR. After a price adjustment, the RAZR became so popular, Motorola began to see a turnaround.

It became the number 2 mobile phone company in the world and the Razr became one of history’s 20 best phones in the world.

But the RAZR’s successor wasn’t successful, even if Motorola had faith in it. With the lack of personnel and stagnant innovation, there was very little improvement. Other than cameras and more memory, it was STILL THE SAME PHONE.

Then, out of nowhere, instead of creating a brand-new phone, Motorola joined forces with Apple. That’s right, Zander and Jobs created the Motorola Rockr, which had Motorola’s hardware technology and Apple’s Itunes installed.

The phone wasn’t a huge hit, but it’s important because of the underlying story.

By joining forces, Motorola inadvertently taught Apple how to make phones. And Apple was already really good at making software.

So, while Motorola was obsessed with the RAZR, it had aided Apple in creating the IPhone. And you know how that worked.

PLUS, phones from Korea and China were flooding the market.

Remember how Motorola helped China in the 80s?

China was embracing 3G, but Motorola was stuck with 2G technology on an old model such as the RAZR.

So, in no time, Korean products like Samsung and Chinese brands like Huawei were offering 3G in cheaper phones. Both nations took over the Asian market and Motorola couldn’t do much.

Zander himself recognizes that Motorola didn’t have money or personnel to properly shift towards smartphones. Motorola’s Stock took a plunge. A harsh plunge and Zander blames himself.

“The one regret I have is that I should have taken myself out of the CEO job and run the [phone] division [myself].”, he said in an interview with Chicago Mag.

In fact, some experts consider Zander’s time in Motorola as one “very smart man doing a terrible job”.

By 2008, he was gone. And Motorola was left with very little in its hands: no real smartphone, Apple had taken its technology and gave nothing in return and China and Korea were growing exponentially.

So, they sought investment. In came Carl Icahn.

Carl Icahn, a very aggressive investor, sought to gain something, ANYTHING, out of Motorola after purchasing 3.6% of the company in 2007.

But the outlook wasn’t positive at all: the company had gone from 23% market share in the mobile phone market to 9.4% in a matter of 2 years. Mobility was BLEEDING money but with no real direction.

And Solutions didn’t fare better. Remember that I mentioned 9-11? Well, Motorola’s tech had issues during the attacks, NOT GOOD. So First Responders changed to other companies such as Tyco, Northrop Grumman and Lockheed Martin.

By 2008, Motorola was desperate, so the board of directors had one goal: “sell something, anything.” But, selling is difficult when nobody wants your product.

Which is why Icahn pushed to split the two main divisions into two separate companies. It took THREE years for this to happen and Mobility went to Google, for $12.5 BN. Was it a lot? It depends on who you ask.

Some say it was too expensive and the products under Google were a failure (like the Motorola tablet. Yes, there was a tablet) But Google wanted something else: the hundreds, if not thousands of patents, Motorola had. So, after keeping those, Google sold Motorola to Lenovo in 2014. The price was just $2.91 BN.

Motorola didn’t do well under Lenovo. Yes, they created the NEW Razr which is a foldable touchscreen. Which is worth $1500, and people didn’t like it.

Lenovo admitted to mishandling the Motorola Brand. So, even after the brand died, Motorola still troublesome. So, a comeback for the former giant is very difficult, especially in a market as competitive as smartphones.

And while the Solutions division is doing well, as it always did, Mobility seems to carry too many ghosts of a culture that ended up killing. A culture that came from within.