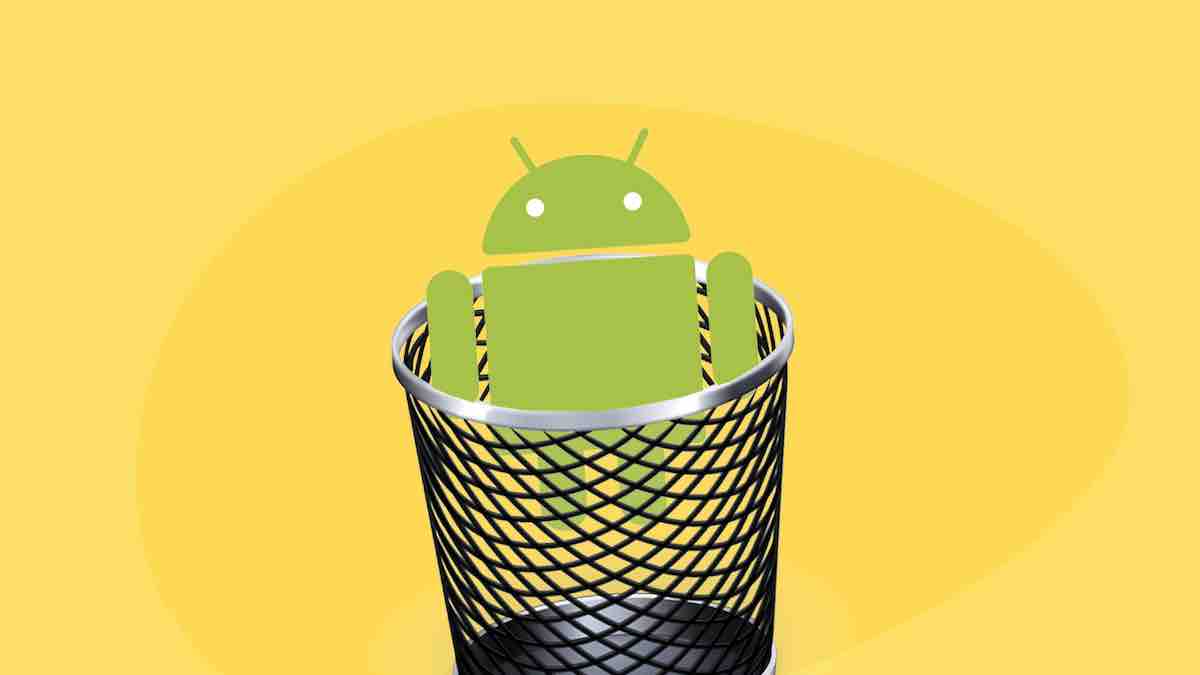 The day Android had to throw away all their code

The day Android had to throw away all their code

The year is 2007. Imagine that you aim to disrupt the mobile phone market. You are sure that your idea is the way to go, and your team spends endless hours developing the star product.

As you are on a business trip, you hear the news and reality sets in: someone has beaten you to it, and their idea is much, much better. That someone is Apple, and you are Google. Your choices are limited, so you decide to go back to the drawing board.

Google had to reinvent its proposal for a smartphone. But this ended up being a good thing. In this episode of Forensics, we'll tell you all about how the first Android phone rose from the ashes of a failed project.

How Android was born

Android Inc. was born in October 2003, in Palo Alto, California, the birthplace of startups. The founders were Rich Miner, Nick Sears, Chris White, and Andy Rubin.

But, back then, the company wasn't looking to create smartphones. Instead, they wanted to improve digital cameras. Their idea was to develop operating systems that optimized connectivity and cloud storage through what they called an "Android Datacenter", hence the name.

Their philosophy was simple: if mobile devices were more aware of the owner's preferences and location, then this data could create smarter products for each consumer.

But by 2004, they realized digital cameras were less and less popular. The company maintained the core ideas but shifted its efforts. Five months later, Android now aimed to create a handset operating system intending to rival giants like Symbian and Windows Mobile.

The idea failed to gain traction at first, and the company was running short of cash. Coincidentally, Google was looking to expand and had gone on a shopping spree since 2003. In early 2005, Google's own Larry Page and Sergei Brin heard about Android and met with the founders. There, Rubin and the rest presented their prototype OS and, after just two meetings, Page and Brin wanted in.

Google silently purchased Android for $50 million. Three of the founders, Rubin, Miner, and White, joined Google as well. With this acquisition, Google now had a mobile OS that would greatly expand its reach. Both teams moved into the offices at Mountain View, California, on July 11, 2005, considered the official merger date.

Rubin believed there was an opportunity for growth if Android became a platform for selling other devices and products. They aimed to have as many cell phones using Android as possible. So, instead of charging, they would give it away for free.

When this deal happened, there was some buzz that Google was to venture into wireless and mobile devices, which was big news in an age when mobile technology was barely coming up on the horizon. But, since Google had always operated under secrecy, it was only that, a buzz. Which, eventually, would be a good thing.

Currently, there is a lawsuit between Java and Google. Here's a quick explanation as to why these two giants are arguing.

Java claims that Google used its application programming interfaces (APIs) in the earlier Android OS operating system unfairly. Google admits to using the APIs but says it did so in fair use.

In the legal back and forth, documents came up that revealed what Google thought would be their first smartphone, the Sooner. And the name isn't the only ugly aspect. Let me tell you; it's not pretty. It's a Blackberry with rounded edges.

And the specs weren't much either. There's very little information, so the specs follow what Google considered the least common denominator across Android devices, at the time. RAM was a minimum of 64 MB, 2-megapixel camera, USB support, Bluetooth, and at least 16-bit color support, to name a few.

Do you notice anything? There's no touchscreen. They weren't even part of the plan.

All these traits are rudimentary, at the most. There's no flare to them. Yes, the idea behind Android was to instill the brand at a grassroots level. But this was too basic. Plus, the idea for the original phone wasn't even that original.

In its essence, it was a Java button phone. Google planned to use existing designs for hardware aimed at the Windows Mobile Smartphone and install Android on them.

A conservative approach, the idea seemed to work as a first device, starting from existing hardware and software. But Google would find out just how far behind they were.

The fact that the device used a lot of existing technology doesn't mean the team had invested endless hours on code, licenses, parts, and suppliers. With the start of 2007, Google's hopes were high. Until January 9, came along.

In the Macworld conference in San Francisco, Steve Jobs took the stage and revealed a device that would change the world. The iPhone was born. And Google, well, they took notice.

Chris DeSalvo was a Google engineer at the time, and, in an interview with The Atlantic, summarized how the iPhone made him feel.

"What we had suddenly looked just so…nineties."

And he doesn't end there.

"As a consumer, I was blown away. I wanted one immediately. But as a Google engineer, I thought 'We're going to have to start over.'"

Andy Rubin was on a business trip, and he was so blown away by the iPhone. He told his driver to pull over so he could watch the entire presentation. Like DeSalvo, Rubin also knew they had to start over.

Let's face it: though Google's idea was a good one, using Gmail, Maps, and Youtube, along with an open platform for development, the Sooner (what a name) was ugly.

The iPhone wasn't. Then, there was the screen. The entire phone was a screen! The Sooner, on the other, had a keyboard and less than half the screen. And Google was very stubborn about this topic. A document reveals that, by May, months after the iPhone was released, Google still thought that "A touch screen cannot completely replace physical buttons."

The iPhone was striking while Google's first phone sucked, and they didn't have faith in touchscreens. What would Google do?

The first big hurdle Android faced was time. Their updated phone wouldn’t come out until October of 2008, almost two years after the iPhone was launched.

But, they did get to work immediately and didn’t limit themselves to creating a new phone. Google aimed to take a swing at Apple by expanding almost globally. In November of 2007, it formed, along with many other companies, the Open Handset Alliance, an android ecosystem. A massive ecosystem.

The companies included Motorola, Google, T-Mobile, HTC, Qualcomm, and others, totaling 34. But what did the OHA mean? All technology created under this alliance would use Android, and anyone within the OHA could develop products for the OS, which meant not only phone manufacturers but also software developers.

Adding to the alliance, of course, they worked on a new phone, the real one this time: the T-Mobile G1/HTC Dream, a clear leap from the Sooner.

When it was released, it had a full touch screen, with tons of memory and the highest resolution in the market. No, not really.

It wasn't the Sooner, and you can be sure of that. It did have a full touch screen. It also had a QWERTY keyboard. To use it, you had to slide it from under the screen. It looked cool, back then, but the magic would wear off.

Reviews were mixed. The design was interesting to look at, but cumbersome. The keys felt small. There was no FM radio, phone jack, no video recording, just to name a few disadvantages. Plus, it could only store 256 MB internally, which was honest, at most.

There's also a bit of controversy associated with the G1. Former HTC CEO Peter Chou, who would spearhead the development of the G1, has said that the iPhone did not influence them.

"We were working on this since before the iPhone launch," he said. "We didn't just see the iPhone and decide to do something like that."

At the iPhone launch, Jobs said that Apple had been working on the iPhone for two years, which is about six months before Google acquired the Android team.

So, who's right? Whatever happened, we're glad the Sooner wasn't released. But, let's not dwell on what the G1/Dream couldn't do and focus on what it did.

For all the bad things the G1 had, it did many other things right and, perhaps, the most important was customization.

An open platform meant the more ambitious users could even delve into creating their apps. In contrast, more regular users could custom home screens and organize apps into folders, install new icons and wallpapers. This feature seems simple now, but back then, it was new.

Apple eventually caught on, but the G1 was the first to show that customization mattered, and it didn't limit to only users.

With the OHA, companies could now modify Android individually for their hardware.

Now, customization for manufacturers isn't as perfect as it sounds, as this leads to fragmentation, in which android updates are specific for each distinct variation, which is costly and time-consuming.

Fragmentation didn't matter much at the time, because, between the OHA and an open platform, Android could now reach millions. It was expanding and taking over the world. Constant improvements meant that within very little time, the iPhone faced fierce competition, with many devices equalling it.

So, in the end, the iPhone did surprise Google. Steve Jobs forced its rival to go back to the drawing board, and Google responded. One sparked the other one in a battle to outdo each other. And the clear winners are the users.