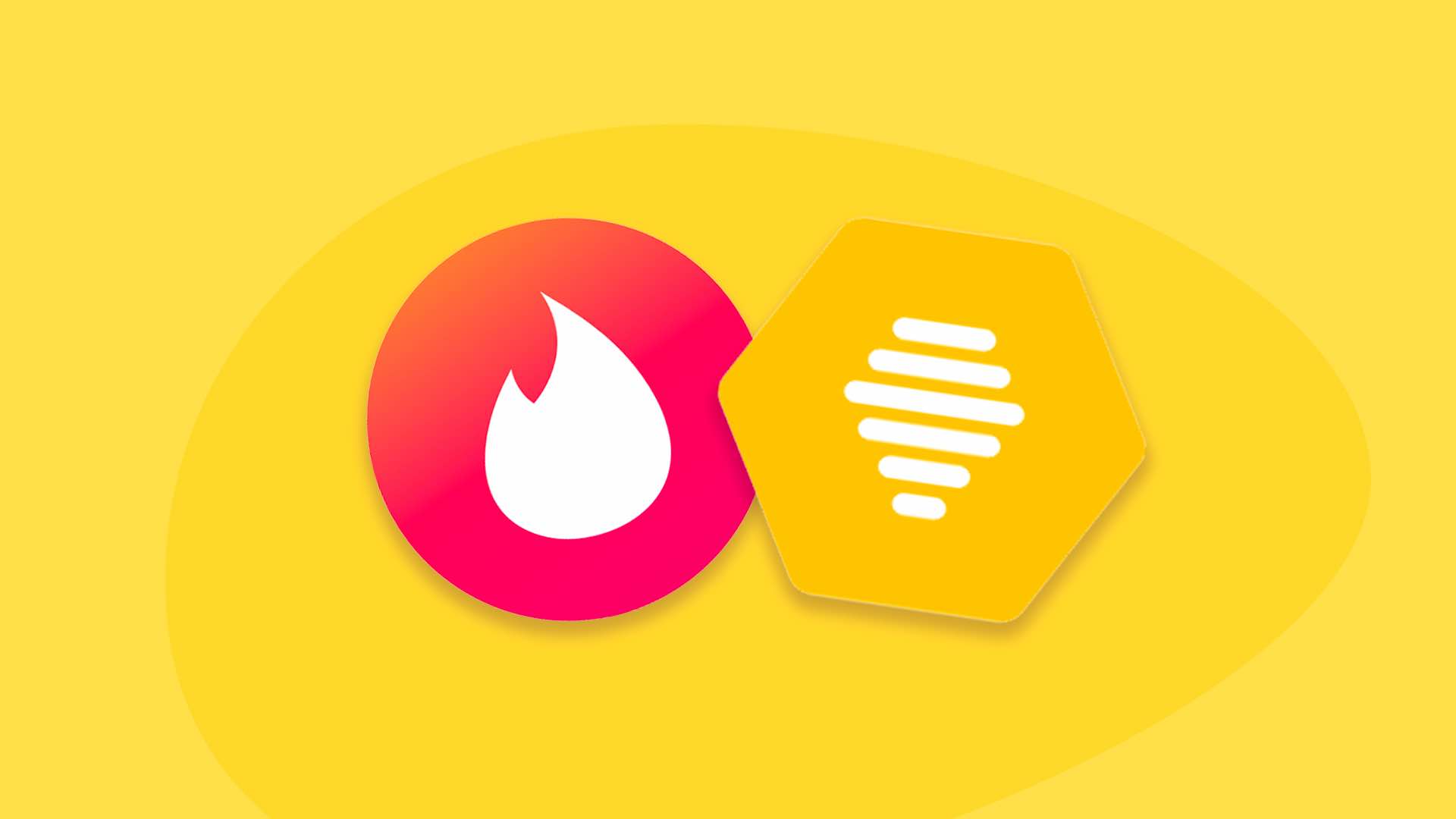 Bumble: the rival app created by a Tinder ex-girlfriend

Bumble: the rival app created by a Tinder ex-girlfriend

These days, that's what dating is all about. And it seems that one company is behind it all: Match Group owns the biggest names in dating apps, like Tinder and OkCupid.

But, there's a competitor they don't own. Born out of hardship, harassment, and the need to reinvent, Bumble set out to do things differently from the start, and it has worked.

But Tinder wasn't just going to lay low, and the competition has gotten fiercer and fiercer. There's even a series of lawsuits between the two.

So, what did Bumble do to earn so much hate? We'll tell you all about it in this episode of Forensics.

Whitney Wolfe Herd ventured into business at just 19 when an oil spill inspired her to join forces with a fashion designer and create tote bags to fund relief efforts. She also spent time as a volunteer in Asia and, by age 22, she began working at the Hatch Labs Incubator, where she teamed up with Sean Rad.

Together they created what would become Tinder. Wolfe's contributions were such that many credit her as the reason why the app became wildly popular on college campuses all over the U.S.

And here's where the drama comes in. Among that founding group was Justin Mateen, who would become Tinder's CMO and Wolfe's boss. They began dating, which is never a good idea. They were on and off for about a year until she broke up with him, and he went ballistic, as far as insulting her and sexually harassing her.

But it doesn't end there, because when Wolfe complained to CEO Sean Rad, he turned against her. Both Rad and Mateen revoked her cofounder status. They claimed that having five cofounders were too many, and she was a woman. Having a woman CEO, according to Mateen, made it look like an accident.

Then, they forced her to quit with no severance.

But Wolfe immediately fired back and sued the company, using Mateen's and Rad's texts as evidence, which sparked an investigation and the immediate suspension of Mateen, who would eventually leave the company. Rad was demoted but later reinstated.

The case hit the news big, and with due reason: the company she helped create was huge. Back then, Tinder averaged more than a billion swipes per day and had a projected $1.1 BN valuation by the end of 2015.

Wolfe received death threats and violent messages daily. In an interview, she once thought it was all over:

"Well, this is it. I won't have a career ever again. I'm 24, coming out of one of the world's hottest tech companies, but the internet hates me."

The app she helped create and popularize was now the cause of her depression and fear. But Wolfe wasn't defeated.

Wolfe wanted to start from scratch, but the backlash and hate from the Tinder scandal were such that she wanted nothing to do with dating. Her new idea revolved around safety and providing a secure space for women.

She was to create a female-only social network. She had planned out the entire idea when Andrey Andreev, who had once met her and instantly fell for her determination, wrote to her to show his support with the whole Tinder and talk about ideas.

If you haven't heard him, you've probably heard of this social network, Badoo, one of the biggest in the world. Wolfe insisted she wanted nothing to do with dating, but when she laid out her plan, Andreev insisted her idea would work as a dating site or app.

It took convincing, but, eventually, Wolfe agreed. She brought in two former Tinder employees, Chris Gulczynksi and Sarah Mick, to help with the design.

But if Wolfe were to return to the world of dating apps, it'd be on her terms. Having considered herself a feminist from an early age, she had always found dating behaviors bizarre. Why did women have to follow specific rules, most of them, according to what the man did or wanted? She was going to change that.

With Andreev's support and Badoo's technical value as a platform, Wolfe launched Bumble in 2014, just months after the Tinder debacle. It was a blistering success. Within a year, the company had 80 million matches made, 15 million unique conversations and, some exciting differentiators.

So, we know Wolfe wanted to make things different. But how? One of her inspirations was a Sadie Hawkins dance, in which the women ask the men to be their date. She applied this directly to Bumble.

If a woman and a man match, only she can start the conversation within 24 hours.

The app also had Bumble BFF, which allowed women to connect with other women looking for friendships. As soon as it launched, around 90% of women activated the app's BFF mode.

2017 was also the year in which she received the 30 under 30 honors, and her company raked in more than $100 million. Things were going great, but it was about to get tough.

As you might remember, Wolfe sued Tinder, an action that led to Mateen leaving the company and Rad demoted. But it didn't end there. Because, by mid-2017, Bumble got an offer. Someone wanted to buy it for $450 million. That somebody was the Match Group.

So, it seemed that Bumble, the app that wanted to break free from giant Match Group, would end up under its umbrella of dating apps.

Bumble rejected the sale, citing a low offer, but the back and forth that followed was complicated. As part of the possible purchase, Bumble had to produce certain documents that revealed its real value. The Match Group lashed back and stepped back on the investment.

Then, on February 18, 2018, Tinder announced they would launch a women-talk-first option, which was pretty much a carbon copy of Bumble's original idea. Tinder denied any wrongdoing, claimed the idea had come from talking to women and understanding their needs, and even went as far as saying that it was optional, proving it wasn't the same.

Match Group then went on the offensive and sued Bumble, stating that it was a clone and that the two former employees had leaked information. They even claimed that using the term "swipe" in a dating context was a trademark violation.

Bumble fought back in a very peculiar way: with an open letter. "We swipe left on you, Match Group". What is this? Highschool?

It's a newly separated couple trying to convince mutual friends that one is better than the other.

But, as if that wasn't bad enough, Wolfe was facing adversity of her own when accusations surfaced that tied Andreev with sexist and racist comments and discriminatory behavior at Badoo, the exact reason why she had left Tinder in the first place. Now, it was happening at Bumble's mother company.

Yes, Andreev did step down and eventually sold his shares to the U.K.-based Blackstone investment firm, but this meant that Wolfe was now taking the reins at Bumble in the middle of the controversy.

Wolfe reiterated her commitment to a safe working environment, but the accusations and developments (including Andreev's departure) are hassles she must work with as CEO of Bumble.

She even updated the app to block out any unwanted, lewd photographs, warning the user about possible nudity. The aptly named Private Detector allows for users to be at ease. Plus, Bumble created an in-app call feature, but again, it needs for both users to agree to use it.

And the world continues to need dating. Bumble is rolling along. By 2019, it claimed 66 million claimed users and profit. So, at least, this ship is heading in the right direction, despite the adversity.

And, as for Wolfe, well, she's not slowing down.

Wolfe has been active on many fronts, including local policies. She went as far as pressuring for a law change to have harsher punishments on digital sexual harassment.

As far as the feud with Match Group, Bumble backed out of the $400 million counter lawsuit, but Match Group is still moving forwards with theirs. They have even gone as far as saying that Bumble has delayed the legal process due to the pandemic.

But, if we look at the past, it seems that toxic environments have always surrounded Wolfe's young yet tumultuous career, and she has managed to pull through.

Bumble isn't slowing down: Wolfe announced plans to launch an IPO by 2021 with an estimated $6BN valuation.

All we can say is, who knew the dating world was so complicated?