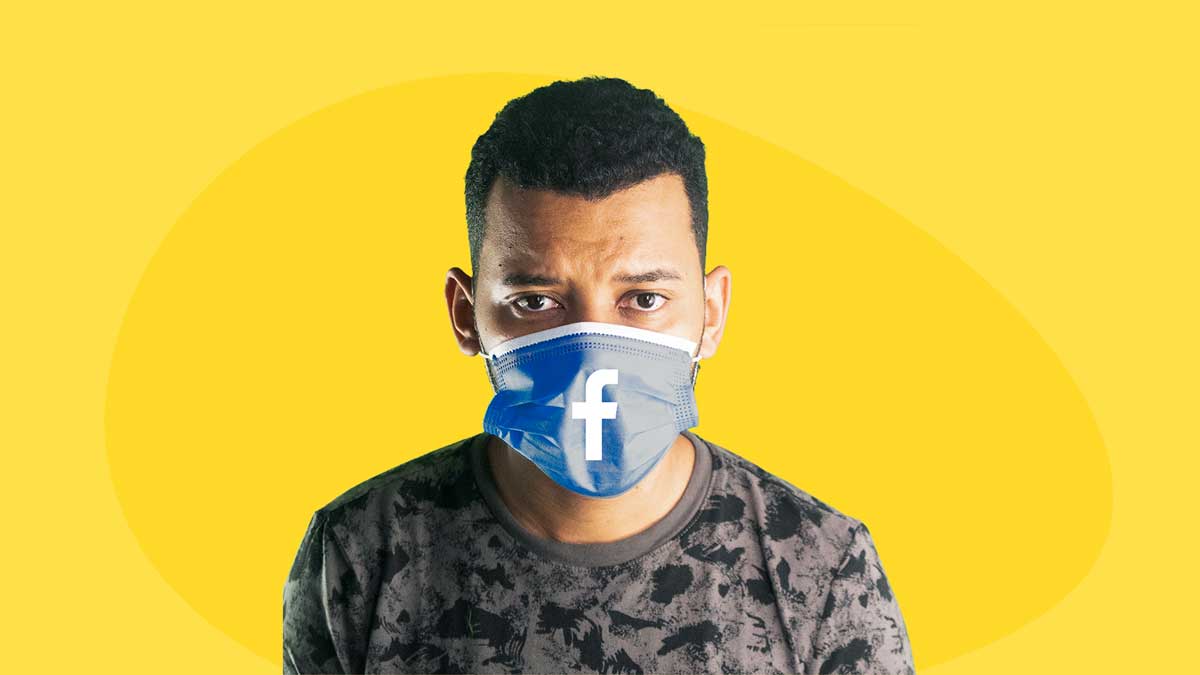 Big-name companies are boycotting Facebook, yet another controversy. But should we be surprised? If we look at history, not really. Ever since its inception, even before it was Facebook, it has pushed the boundaries of ethics.

Facebook is the subject of love and loathe, but it's still the most significant social network, with billions of users worldwide. It's so big that experts say it's immune to controversy. But, for how long? What does the future hold for Facebook? Let's talk about it in this episode of Forensics.

The year is 2003; we're at Harvard University, where second-year student Mark Zuckerberg built a website called Facesmash, in which users decided which of two students (mostly, if not all, were women) was hotter by voting on dueling pictures.

Facesmash was a hit: 450 visitors and 22000 views in the first four hours. But it was taken down in days. The university accused Zuckerberg of violating individual privacy and breaching security, and almost expelled him. To get the pictures, he hacked university student ID directories called face books. Always ethical, Mark.

But he didn't stop there. Instead, he created his version of the student directories, called TheFacebook and partnered with Eduardo Saverin, another Harvard student, who invested $1000 to get it up and running. Then, both launched it on February 4, 2004.

Here's a side note: Zuckerberg had told three seniors, the Winklevoss twins, and Divya Narendra, that he would help them create HarvardConnection.com (eventually called ConnectU), another social network which worked in similar ways.

So, when they launched TheFacebook, the three accused him of stealing the idea. This chapter deserves a video of its own (or a movie), but, in summary, the three took Zuckerberg to court and eventually settled for about $300 million.

TheFacebook grew fast. Within a month, half of Harvard students signed up. To help manage the growth, Zuckerberg asked Dustin Moskovitz, Andrew McCollum, and Chris Hughes to join him. They changed the name to Facebook and were on their way to creating a giant. Eventually, all of them left, except Zuckerberg.

Facebook caught the eye of some big names like Peter Thiel, of PayPal fame, who invested $500 000 in late 2004. The next year, Facebook received $13 million in investment, and none other than Sean Parker, who created Napster, became the company's president.

In 2006, Facebook launched its news feed, an essential feature for its future. Users could now see what their friends were up to in real-time. Then, they opened the floodgates: anyone older than 13 with an email address could now join.

By October 2007, Facebook was so popular that none other than Microsoft decided to invest $240 million for 1.6% shares and the right to advertise internationally. With this, Facebook's valuation reached $15 BN, but it was also the first step towards real Zuckerberg's goal. He wanted Facebook to become an advertising magnet.

And it would be for good and bad consequences.

In 2007, Facebook allowed for app development with the social network. A big hit: in just one year, it already had 33 000 exclusive apps. Two years later, the like button was born: a digital drug, a gateway substance into endless comparison, and FOMO.

Think about it: apps, photos, real-time comments, instant private messaging, and now, constant approval from your friends and strangers alike? Genius! People were hooked like addicts. By 2010, 500 million people had signed up. By 2012, the number was 1 billion.

That same year, Facebook purchased Instagram for $1 BN, which is a steal! Two years later, they bought WhatsApp for $19BN.

Of course, such growth brought difficulties. Just think about it: Millions of users posting whatever they want. Companies advertise like crazy and rampant app development.

Add to this, news sites within Facebook, political parties and political ads. It was a Pandora's box.

Since 2011, Facebook has removed an average of 20 000 photographs which violated standards such as spam, graphic content, and underage use, per day!

In 2018, 2.2 billion people around the world used Facebook and companies wanted to reach those billions. How? That's where it gets tricky. Let's do a timeline.

Do you guys remember Farmville? In 2010, the Wall Street Journal revealed that this addicting game, and many other apps, leaked user IDs to advertising companies. In turn, these tracked and targeted those users, regardless of privacy settings, to sell or promote products and services.

Then came the Internet.org project in 2013. His goal: internet for everybody. Data, he said, was like water and food: a universal right. Oh, how noble.

But, many compared the idea to internet colonialism. An open letter accused Facebook of: "building a walled garden in which the world's poorest people will only be able to access a limited set of insecure websites and services". Damn.

In 2014, Facebook copied the Trending topics feature present on Twitter. At first, it was a hit. But, with the 2016 US elections, it became an epicenter of controversy. Former Facebook employees revealed that they routinely censored conservative news from those Trending topics. This is where the term fake news gains tons of traction, especially when Donald Trump became the 45th US President. Severe accusations followed, such as that Facebook helped him become president.

There was evidence of data theft, news manipulation, and microtargeting, so Zuckerberg was brought into the Senate to explain just what the hell was going on. His reply was: We didn't take a broad enough view of our responsibility, and that was a big mistake. Right.

But, hey, at least Facebook released the reactions. Perhaps it was an attempt to give users a voice, a muffled voice that’s is because it's faster to click than type.

The controversies weren't only within the US. In 2017, Facebook was accused, get this, of ethnic cleansing. The Myanmar Army was in an all-out campaign to eradicate the Rohingya Muslim minority. In response, Rohingya insurgent groups appeared all around. But Facebook labeled these groups as "dangerous organizations," then deleted content that praised or supported them.

By the way: the Myanmar Military Forces have a verified Facebook page. Zuckerberg sure knows how to outdo himself. And we're not even in 2018.

Cambridge Analytica and other data leaks

Cambridge Analytica was a company that worked with data, from mining it and brokering it, to analyzing it, all to optimize strategic communication during political and electoral processes. The controversy surfaced in 2018, but, as investigations continued, it turns out that Cambridge Analytica worked in campaigns as far back as 2015, with some of the clients being Ted Cruz, Donald Trump, and the Leave.EU campaign, a pro-Brexit organization.

But, where does Facebook come into the play? Cambridge Analytica used data that came from Facebook, but Zuckerberg claims they were tricked by a consultant who promised he would use the data for academic research.

Well, quite a trick it was. It turns out Cambridge Analytica wasn't only involved in the US elections, but also the United Kingdom, Mexico, Malta, Kenya, and India, just to name a few.

And Facebook insisted they on the trickery bit. But, evidence piled on. So, Cambridge Analytica turned on its defenses and said that their microtargeting helped the voters be more informed about topics of personal interest. So, in their eyes, this justified collecting personal data and private information without consent.

Initial estimates suggested around 50 million compromised accounts. But it ended up being more in the range of 90 million, at least. In keeping consistent, accusations linked Facebook with tampering with the Philippine elections.

Zuckerberg had to testify before the Senate, but his overly apologetic and elusive replies were disappointing. At least, he said he was sorry, and he promised to cooperate with the U.S.-Russia election investigation.

And Facebook did take action. They increased security and changed algorithm parameters. Plus, the Federal Trade Commission fined them a hefty $5 BN for violating user's privacy. But these actions feel underwhelming, which is why we are here.

2020 has not been a good year for Facebook, as it has been unable to shake off its reputation, doing very little to help itself as a brand. And, let's not forget, this is an election year.

But it's not only about elections. Racism, police brutality, and inequality has led to protests all over the US and the world. Trump's comments have only fueled the fire, and people expect social networks to do something. But, at first, Zuckerberg stated that Facebook wouldn't take action, stating that:

"I know many people are upset that we've left the President's posts up, but our position is that we should enable as much expression as possible unless it will cause an imminent risk of specific harms or dangers spelled out in clear policies."

He believed people had to view posts and decide on their own what to believe. This comment, of course, drew fire from all fronts, especially because Twitter did take action against Trump's comments, placing warnings on his tweets for glorifying violence. Big-name companies took notice like Verizon, Youtube, Condé Nast, Vice, and even Coca Cola.

They considered that Facebook had basically failed in handling hate speech and moderation. So, they decided to stop advertising, and we’re not talking about small amounts. Verizon, for example, spent $1.5 million in a month.

Even Facebook employees expressed disappointment and frustration. On June 1, many of them didn't work and created automated emails that clearly stated they were protesting the lack of action.

All of this occurred by late May and, by June 18, it seemed Facebook reacted. It removed around 80 ads placed by the Trump campaign for the use of imagery related to Nazism. Then the company stated that it would ban all ads that present races and religions as threats. But this will only affect paid ads and not individual, non-monetized posts.

So, the past repeats itself. These actions seem somewhat deficient. To top it all off, Facebook had the strongest quarter at the end of 2019, even exceeding expectations. At the end of it all, Facebook has around 8 million advertisers and $70.7 billion in revenue last year. So, some say the boycott might not work.

Even though it seems fewer people use Facebook, it still has 2.45 billion users. This is a company that pushes boundaries of ethics in a world that’s changing rapidly and violently. So, one has to wonder if one day, they’ll push too far.