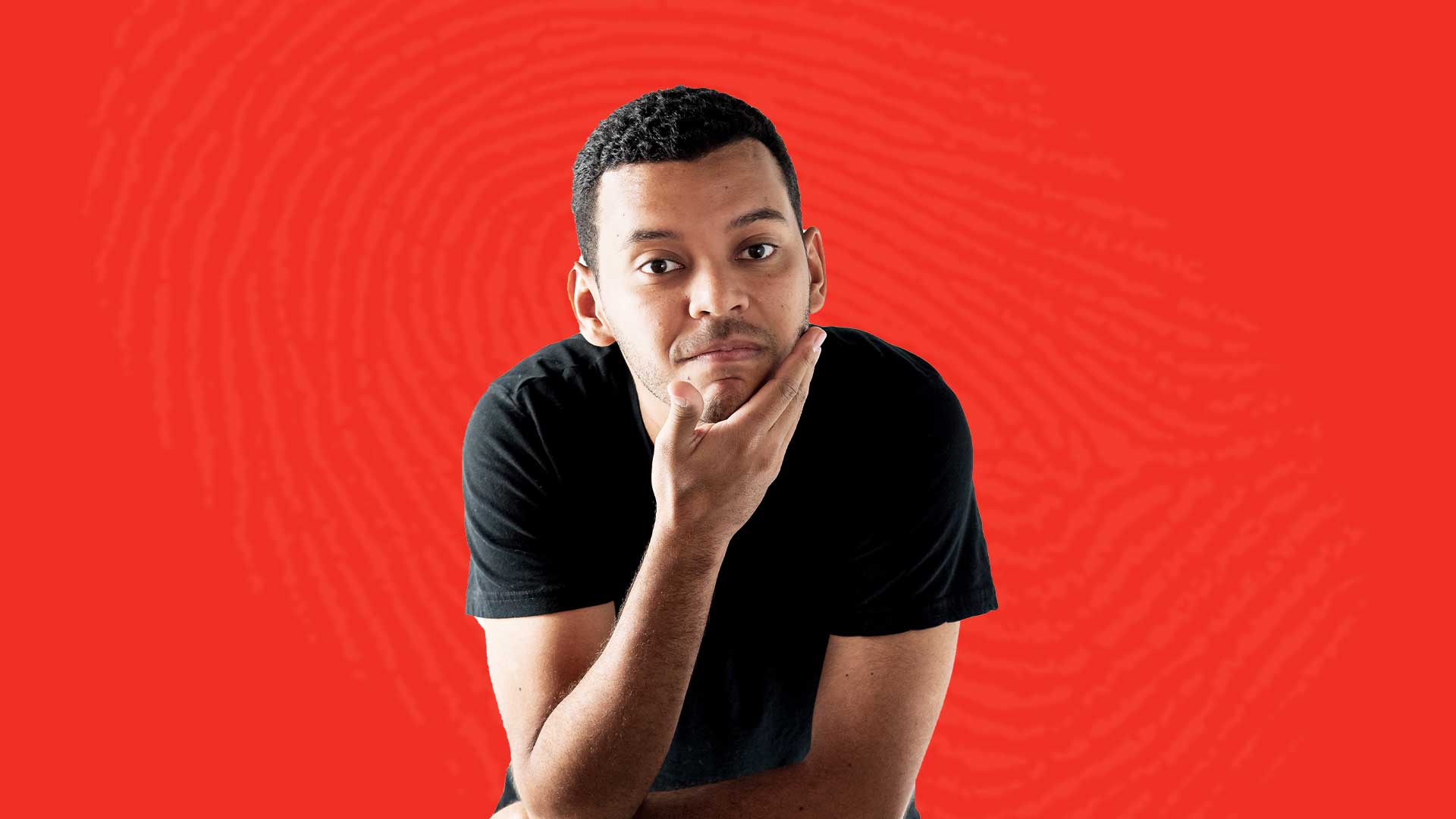 Why Kodak shelved their biggest invention

Why Kodak shelved their biggest invention

What happened to Kodak?

That’s what we said when our cameras capture something special. The phrase was popularized in the 80s, but Kodak was already engraved in our hearts.

Many remember the yellow, the red, and the film rolls, and with good reason. Since the 1800s, Kodak was the most important camera and photography film company in the world.

Ok, photography film is something you used to put in cameras.

For decades, Kodak dominated the world of photography, but in 2012, it declared bankruptcy. So, what happened?

We’ll try to summarize 120 years of history and understand Kodak’s successes and failures. And yes, we’ll talk about digital cameras.

The origins of Kodak

In the 1880s, George Eastman manufactured dry plates for photography. Think of them as very, very basic photographic film.

These plates were sensitive and difficult to use, so they damaged easily. But he was still willing to change them if they got damaged, for higher quality, more expensive, products, even if it meant losing money.

Because of one thing: reputation.

Eastman was a visionary. He wasn’t making only dry plates.

“We were starting out to make photography an everyday affair, we wanted to make the camera as convenient as the pencil.”

In 1885, he purchased patents for film rolls and in 1888 he registered the brand Kodak. He then took to manufacturing cameras that were not only cheap but good: fixed focus, 100 snaps per film, and a cartridge system that protected the film from sunlight. They were portable, less bulky than previous models, and very easy to use.

This moment is considered the beginning of amateur photography.

I wonder if people took selfies back then. Oh, they did.

Eastman’s slogan was one of the best in history: you press the button, we do the rest. Genius.

He was also relentless: in 1890, he launched the foldable camera, and by 1895, he invented the first pocket Kodak Camera.

An eye for business

From the beginning, Eastman applied the razors and blades strategy, where his company, Eastman Kodak sold cameras at a cheaper price and made a profit on consumables such as film and developing chemicals.

In analog photography, this model works GREAT because, to develop a photograph, you need chemicals, film, and paper. And Kodak provided all of this.

The cameras got better too. By 1900, with the launch of the Eastman Kodak Brownie camera, the amateur photography world boomed.

The next twenty years saw growth and consolidation. By 1927, it was the biggest photographic company in the US and by 1930, Eastman Kodak entered the stock market where it remained for 74 YEARS.

Eastman himself didn’t see any of this. His body ailing, and he chose to end his life in 1932. In fact, his suicide note said: “To my friends, my work is done. Why wait?”

BUT Eastman Kodak was anything but done.

It pioneered in the industry, with products such as the Kodacrome, the first mass-market color film. Thanks to its versatility and long shelf-life meant it was sold for almost 80 years.

The 40s and 50s saw the birth of automatic cameras and…hand grenades?

That’s right, to aid in the war effort, they produced hand grenades and established contracts with the Army to provide film. This gave them A LOT of money.

The 60s saw the first point and shoot camera.

And then the 70s rolled along.

When Kodak became the FIRST COMPANY to invent the digital camera. THAT’S RIGHT.

The creator was Steve Sasson, an electric engineer at Kodak and he called his own baby a “toaster of a camera. But it was filmless photography”.

And this is key.

“Gladly gave away cameras in exchange for getting people hooked on paying to have their photos developed -- yielding Kodak a nice annuity in the form of 80% of the market for the chemicals and paper used to develop and print those photos.”

On top of that, Kodak had very few rivals.

But it DID have rivals. One of them was Fuji.

After taking over the Japanese market, Fuji aimed at the U.S.

Yes, their products were of lower quality, but not by much, and they were CHEAPER.

Still, Kodak was confident that people loved them. They did dominate the market, after all.

So, surprisingly, they rejected being the official sponsor for the 1984 Los Angeles Olympics.

Why go through the hassle if people weren’t going to abandon Kodak…would they?

The bid instead went to Fuji.

And now, slowly, Fuji became a household brand. They weren’t afraid to cut prices, and this allowed them to enter as suppliers to chains like Walmart. Also, their products improved and so, from 1990 to 1997, Fuji’s market share went from 10% to 17%.

But Kodak was still confident, and they even wanted to expand into other markets.

To develop photographs, you need a lot of chemicals and Kodak produced them. In fact, throughout their history, they made many advancements in chemical technology that are still used today.

So, Kodak shareholders believed that drugs and pharmaceuticals were the way to go. Pharma, after all, is known to have huge profit margins. And, Kodak had a lot of chemists, so it would work, right?

That’s how they bought a company called Sterling Drug.

And the price of said purchase?

BUT just because pharma and photography involve chemistry, doesn’t mean you can do both.

Just SIX years later, Kodak realized this and, in less than a decade, sold Sterling in parts and at a loss. $5.1 BN!

And you might have noticed that we haven’t spoken about digital cameras. There’s a reason for that.

The peak of the film industry

Let’s go back to razors and blades. We know that Kodak sold the cameras cheaply, but the film, chemicals, ink, paper, and printers were expensive.

In fact, color photograph development is so complicated that, at the time, around the world, pretty much only three companies had control over all the variables of photographic production.

Those were Kodak, Fuji, and Agfa-Gevaert. In fact, these companies called this dominance the Silver Halide strategy, named for the product used for development.

So, for the moment, production and profit seemed safe and sales grew into the year 2000.

UNTIL they reached a peak; a bad peak. And I quote not Kodak’s president, but Fujis, Mr. Shigetaka Komori:

Analog photography is complicated but digital isn’t. A camera that DOESN’T require film can be pretty much made by ANY tech company.

All they need is to buy the components and put them together. There’s no need for film or rolls, or chemicals afterward.

And the 2000s were the years of digital cameras. So, Kodak now faced competition from a lot of small companies.

And at first, the analog camera and film market shrank slowly, but within just two years, it PLUMMETED. We’re talking 20% to 30% A YEAR.

Kodak took a big blow: even if sales remained level, profit went from $1.5 BN in 2000 to half of that in two years.

But it wasn’t the digital camera per se.

Kodak and the digital era

Let’s make it clear: Kodak NEVER really rejected the digital camera. They invented the first one and, during the 80s, invested heavily in digital.

The CEO at the time, George Fisher, even reached out to Microsoft in order to explore digital photography. And, during the 90s, the Apple Quicktake digital cameras were in fact Kodak rebranded products.

So, Kodak wasn’t new to digital.

Even after Fisher was gone and replaced by Daniel Carp, the company tried to venture into digital with software for transferring pictures from the camera to the computer.

They understood digital, so what happened?

Well, they didn’t understand SOMETHING ELSE.

Kodak’s executives couldn’t foresee a future in which film had no role in image capture at all, nor come to grips with the lower profit margins or faster competitive pace of high-tech industries.

And the inventor of the first digital camera for Kodak, Steve Sasson, agrees. He recalls that when he presented the camera to technical personnel at Kodak, people loved it. But…

“It was filmless photography, so management’s reaction was, ‘that’s cute but don’t tell anyone about it.’”

Talk about killing the Golden Goose. Kodak simply relied too much on FILM and razor and blades.

But digital cameras were cheaper every year and with smaller margins. They were commodities. So long gone were the days of the Silver Halide and huge profit.

And though they were selling digital cameras, they weren’t making money, on average losing $60 per camera sold.

They were unable to make a camera that was profitable enough to maintain the film division and couldn’t compete with Asian manufacturers like Nikon, Canon and Sony. Companies that had NO film division to maintain.

They were bleeding to death.

You get the idea.

In 2005, Carp realized it was futile and stepped down. In came Antonio Perez who ROCKED the company.

He let go of 27 000 employees and outsourced a lot of manufacturing.

Then he decided to aim towards the printing business that, supposedly, was a high-margin market.

The strategy seemed adventurous. Instead of having cheap printers and expensive ink, Kodak did the opposite: expensive printers but very cheap ink.

In 2011, this project was supposedly close to making a profit, or so they claimed, because printing, too, was on the decline.

AND, there’s a company called Hewlett-Packard that’s been doing this for a couple of years.

So, in 2012, they abandoned the printing market altogether.

With no money, Kodak was desperate. They sold their portfolio and looked to make a profit through patent lawsuits (they got $838 million against LG). But losses kept piling on and the millions vanished quickly.

By 2012, analysts suggested that the company declare bankruptcy. Which they did and Citibank came to the rescue with $950 million and 18 months to reorganize.

Kodak also decided ONE thing: it would stop making cameras.

By September 2013, Kodak emerged from bankruptcy protection with a different focus: commercial and industrial printing.

This just goes to show how BIG Kodak was.

But the new Kodak is different. They have high-quality commercial printing technology, electronic imaging, and graphic services. They have even ventured into mobile phones and tablets.

Its workforce hovers around 5000 employees. Its income decreases every year and yes, they’ve tried to bring back the camera, but the company hovers in the palliative line of profit and loss.

And this ISN’T the Kodak George Eastman envisioned.

In fact, that Kodak is gone, disappeared when the camera shutters closed.

So, in a hurtful, almost poetic, injustice, like Eastman, Kodak’s work on this planet to is done. So why wait?