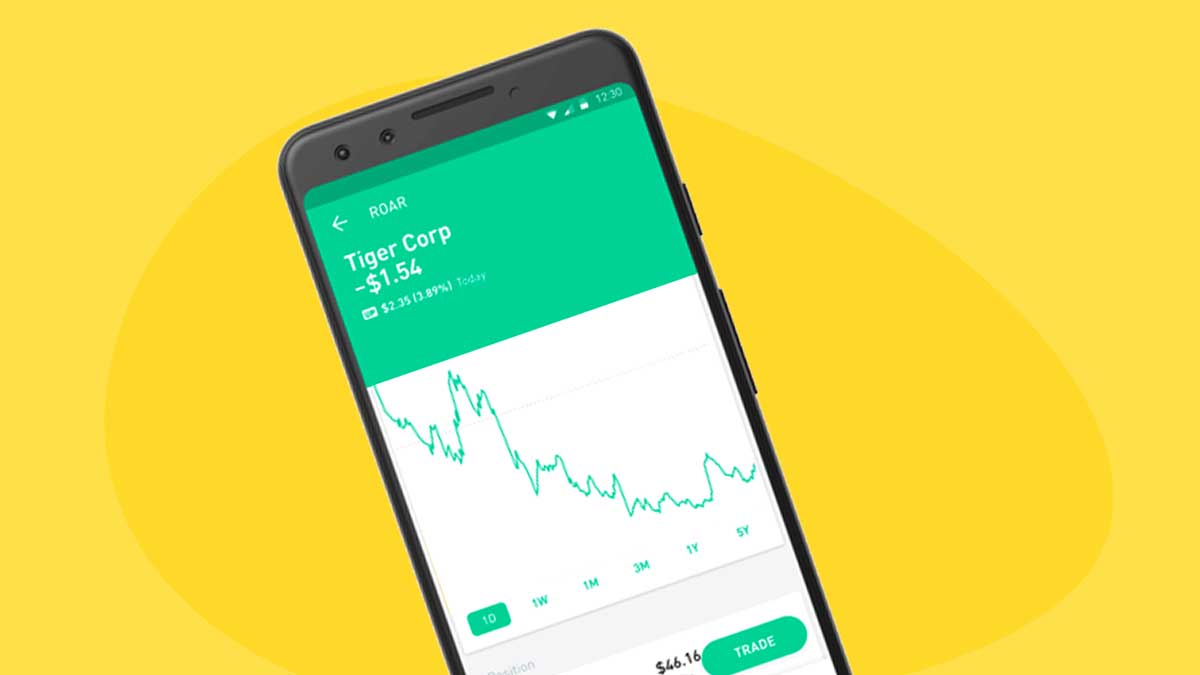 How Robinhood crashed on the best day in Wall Street history

How Robinhood crashed on the best day in Wall Street history

Historically, the stock market seemed impossible to get into, especially if you were a younger, inexperienced investor. But, in 2013, an app came to make trading more accessible. Robinhood had arrived.

Its recipe became a magnet for rookie investors, with hundreds of thousands flocking to use it. Some called the software disrupting, while others called it democratizing. One thing was clear: Robinhood shook the trading world.

But recent times have not been kind. Tragedies, outages, and a chaotic financial world have put the company to the test. Let's talk about Robinhood, in this episode of Company Forensics.

Young people used to shy away from investing in stocks due to excessive fees and minimums ranging from $500 to $5000. Here's where Vladimir Tenev and Baiju Bhatt come in.

They noticed that the cost per transaction (buying and selling stock, for example) was small, but big companies traditionally charged exorbitant fees. They also believed that a lot of young people out there wanted to invest.

Plus, it seems like the younger generations distrust the banking system. Multiple economic crises have eroded trust in traditional banking systems. All the parts of the equation were there.

So, Tenev and Bhatt decided to "provide everyone with access to financial markets, not just the wealthy," hence the name. But they did more than that. You'll see.

What exactly did they offer? No fees. No minimum. You could now trade stocks for free and didn't have to invest thousands; instead, you could do with $50 or $100. It doesn't feel intimidating. Plus, Snoop Dogg endorsed it. And Snoop is cool.

The app drew so much attention that it had half a million users before the official launch. When it did, on March 12, 2015, some heavy hitters backed it up, not only Snoop D-O-double G but names like Google Ventures, with a total of $13 million in initial investment.

The demographics spoke of just how well targeted the app was. 80% of its users are under the age of 35, with an average of 28. By 2017, Robinhood had executed $75 billion and had over 2 million users, while veterans like E-Trade had 3.5 million, and Charles Schwab had 10.4 million users. In just two years, this up-and-comer was already becoming a threat.

As Robinhood grew, so did the options within the app. In 2016, it launched a tier program, with the ability to become a Gold Member. For $10 a month, Gold Members could access $2,000 worth of investable capital.

Buying credit with a low monthly fee and an accessible platform were crucial ingredients as the doors opened for younger users to explore other ways to invest. The new membership allowed for instant deposits, reinvesting, and preferred operating schedules.

Robinhood was now a success, but it wasn't just free trading anymore. It wasn't even about the 6 million users it had by 2019. It was more than that, for better or for worse.

From the start, when Robinhood offered zero-fee trading, people wondered: how does it make money? The question was so frequent, Bhatt just laughed it off. But, let's be real, it's reasonable to have doubts. They trade for free, after all.

Robinhood has made it clear that the tier system provides them with income. But not just from the monthly subscription. Most paid memberships have an interest on the amount of money they lend for trading. This interest increases as you borrow more and more money.

There are other sources of income. For example, Robinhood can use uninvested cash in their favor, lending them for their benefit, and they also sell their orders to other market makers.

What does this mean? When someone buys a share of say, Apple, Robinhood sends that order to a bigger trading company and receives cents for it. Just cents. But those transactions add up. This move is called PFOF or Payment For Order Flow, which is fancy for the more orders you give me, the more I pay you.

Is it wrong? Not really. But it can be wrong, especially if a company chooses to sacrifice the best possible conditions for users in favor of better returns for them.

Well, in 2019, Robinhood was fined $1,25 million by the Financial Industry Regulatory Authority (FINRA) for precisely that. Back in 2016 and 2017, Robinhood didn't ensure users were getting the best prices possible, which many experts warned. What's interesting is that Robinhood didn't deny nor confirm the claims. They just took the fine.

Very noble of them, I guess.

Well, Robinhood did change one thing: in 2019, Charles Schwab, E*Trade and Ameritrade also went zero-fee. This move sent shockwaves. When Schwab announced that it would drop its $5 fee, its stock, and competitors, lowered considerably in value. But, the rest soon followed. Robinhood, it seems, was a sign of things to come.

Here we go back to Robinhood's original goal. But what exactly was that? It depends on who you ask. For some, it was disrupting the banking world.

For others, it was the democratization of finance, a market that rarely included the average person who has no idea how to invest but wants to; and there are a lot of those.

Perhaps it accomplished both. Let me know in the comments below.

Yes, Robinhood was the cool kid on the trading block, with fresh and successful ideas. But not all of them have been a hit. In 2018, the company announced that it would create Checking and Savings, a bank-like feature with no fees, no overdraft, and promising interest rates.

Once again, it sounded too good to be true. And it was. The accounts lacked the proper insurance to guarantee the user's money safety, which is pretty essential if you ask me. Such was the backlash that Robinhood went back to the drawing board.

The revamped idea, now called Cash Management, launched in late December 2019, but it was a much more scaled back and traditional approach. The bank-like services would use an existing bank. A bit of a downer; the lack of a conventional bank was one of the selling hooks of the first idea.

But one of Robinhood's most significant stumbles came in the only day it didn't need to stumble. Yes, a heap of disruptive promises and ideas, but the product has to work when it counts the most. This 2020 and its economic uncertainty has sent the stock market into a rollercoaster ride.

Every development and presidential comment regarding the crisis would either spike or crash the market, and March 2, 2020, was one of those days. It was the biggest one-day point gain in Dow in history.

Do you want to guess what happened to Robinhood? Well, it crashed.

That's right; the app suffered a systemwide, all-day outage. The company claimed it was due to an "unprecedented load" on the infrastructure due to volatile market conditions. But then it happened and again. The app crashed three times in one week. A week, mind you, that had multiple days with significant trading.

Users took to social media to blast the company. A Twitter account called "Robinhood Class Action" had more than 7000 followers in just days. Some even took legal action against Robinhood, which is ironic. You know, the hero being sued? Anyways.

But let's not forget about the fine print. Robinhood's customer agreement states that it will not be responsible for "temporary interruptions in service due to maintenance, Website or App changes, or failures" beyond its control.

But this wasn't even close to the worst thing the company faced in this 2020. In June of this year, Alexander Kearns committed suicide after his Robinhood margin trading account displayed a negative $730 000 balance. In his note, one question lingered:

"How was a 20-year-old with no income able to get assigned almost a million dollars' worth of leverage?"

In his note, he also stated that he had never authorized margin trading, which was activated, and he didn't want to be enabled. Perhaps the most tragic twist in all of this is that he didn't owe such amounts of money. When he checked his account, he didn't realize that some trading activity was yet to settle in his account. So, that negative balance wasn't the final result.

And what most critics, including a relative of the deceased, was that Robinhood tried to gamify trading. Was the company at fault? Some say they weren't.

But, they hadn't done enough to prevent such a situation. After the tragedy, the company reacted by working on improvements that included more verification and adding guidance to users; the company pledged $250 000 to the American Foundation for Suicide Prevention. These actions won't bring back Kearns, and we hope it doesn't happen again.

Recent financial difficulties have driven people into trading, experienced, or not. In fact, in 2020 alone, Robinhood has had 3 million new users, out of which half are first-time investors.

They also managed to get $280 million in May of 2020 from none other than Sequoia Capital. SC partner Andrew Reed said: As consumer interest in the marketplace peaks,

Robinhood has become the default place for them to go to open accounts, and to access the markets.

All of this seems positive, but the controversial hero is taking steps back. In late July, it announced it would cancel its UK launch as it aimed to recover from past events. A company statement read, "a lot has changed in the world over the past few months."

A lot has happened, indeed. But Robinhood still holds the hopes of millions of investors, many of whom are young and inexperienced. They feel they can change their lives by being part of a world that used to be forbidden. Yes, it works for some. We've heard the stories of novices flipping stimulus checks into $10,000.

But not all will be victorious. And, perhaps, that was the key to the company's booming success. It didn't matter whether users made it or not, but instead that they find out whether they would make it through Robinhood and nowhere else.

So, it seems that yes, Robinhood did take from the few to give to the many. But it kept some to itself.

Perhaps one day soon, you'll be able to invest in Slidebean via Robinhood, until that day tell us about your experience with Robinhood, did you use it? Do you like it?