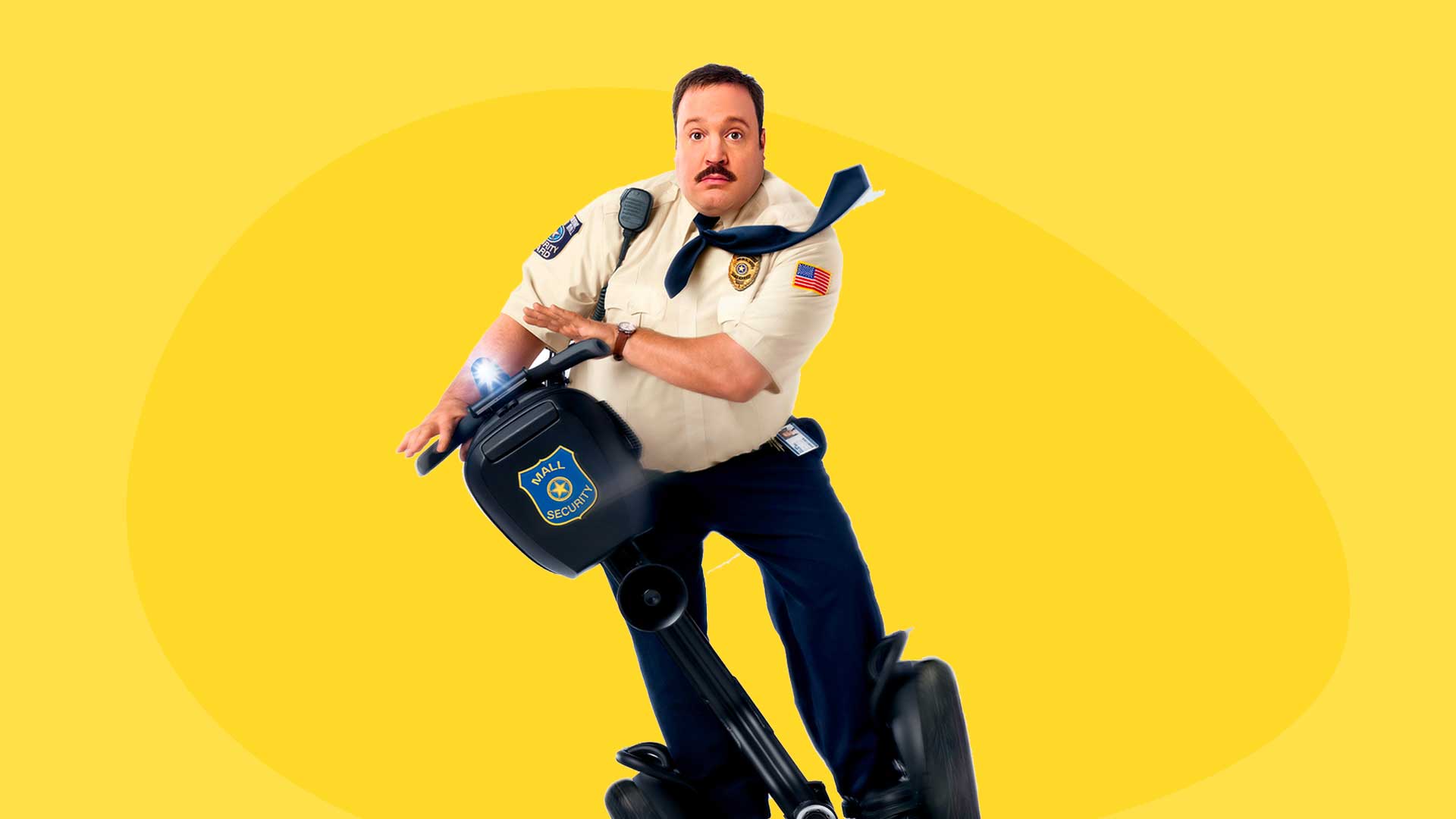 It was bound to happen, and it just happened. Last June, Segway's president, Ms. Judy Cai, announced that the company was utterly ceasing the Segway PT production, or as it was initially named, the Segway HT, for "Human Transporter."

A pretentious name for a futuristic device that came with high hopes back in the 2000s. Yeah, the new millennium was all about technological dreams and optimism, and the Segway became the hottest tech product during 2001, even before anyone knew what it was

Some believed that it would revolutionize urban mobility, make the last-mile transportation more efficient, redesign cities, and other such high aspirations. But you know how this show usually goes.

That glorified scooter that mall guards and tourists ended up rocking around some cities is officially on its road to extinction.

This is Company Forensics: Segway.

As you can recognize, the Segway transporter never really took off, but it originally planned to sell as many as 100,000 units only in the first year. Dean Kamen, the creator of Segway, reportedly forecasted that by the end of their second year, they would be stamping out 10,000 machines a week. The man was indeed a dreamer.

By that time, he was already a consolidated tech entrepreneur who had several patents on medical devices such as the insulin pump used in portable dialysis machine; and the all-terrain, electric wheelchair known as the iBot.

The gyroscopic, motorized technology that allows balancing on the Segway came from the development of the iBot. It was a sturdy electric wheelchair capable of self-balancing, lifting its rider, rolling through tough terrain, and climbing stairs.

During the development of iBot, Kamen realized they had something bigger than just an accessibility device. It was a transportation technology that could impact society more broadly. So, they started working on the dream, and around a decade later came up with the Segway.

But far from those 10,000 units that Kamen had projected to be producing weekly, they only ever sold around 140,000 vehicles. Total. In about two decades.

By 2009, he had already sold the company to a British firm, backed by the investor Jimi Heselden, whom we will remember again later.

In 2015, the Beijing firm Ninebot acquired Segway and developed iterations of the device, along with others that it continues to produce, like electric scooters and other personal vehicles.

Despite its fate, the truth is that the Segway transporter caused unparalleled hype and anticipation in the tech world and the media, before being launched.

Months before the device was presented to the public, there was no shortage of speculation about it. Fantasies would be a hydrogen-powered hovercraft, a magnetic antigravity vehicle, and other imaginative things of such nature.

Even South Park took a shot at it, and you know that can only mean spot-on, nasty parody. Yeah, the Segway was being mocked even before being released.

This fever sparkled with a leak that came out on a website, in early 2001. It was about a book written on the development and financing of "Ginger," the Segway project code name.

The alleged author of the book didn't reveal what Ginger was, but his narrative included over-the-top statements from some of Silicon Valley's mightiest lords about it.

Reportedly, Steve Jobs himself said the invention would be as big a deal as the PC... "Maybe bigger than the Internet," even said John Doerr, a venture capitalist who also predicted Segway would reach $1 billion in sales faster than any company in history. His fund backed it up with a $38M investment.

The hype was genuine, and you can see how it turned out not so great for Segway. Expectations were set ridiculously high among the public, and probably nobody wanted to settle the hype with something like an upgraded scooter.

A marvel of technology

Still, it worked beautifully, and the technology was impressive to experience, almost magical, according to some testimonials.

And yet, we can't blame those who were, well, unamused when they finally got eyes on the Segway on TV, after all the buildup. Check out part of the unveiling of the device on the Good Morning America show in 2003.

But looks can be deceiving. Despite its simple appearance, the technology in Segway was impressive.

It was a cluster of aviation-grade gyros, an accelerometer, sensors, batteries, and sophisticated software. All linked by a set of computers that monitor the rider's center of gravity more than 100 times a second to maintain balance while moving around.

The rider drives it by just shifting his weight forward or backward and steered by pushing the handlebar left or right, rolling at speeds of around 12 m.p.h.

It was a complex bundle of hardware and software with no brakes, no engine, no throttle, no gearshift, and no steering wheel, capable of carrying the average rider for a full day, on only five cents' worth of electricity.

According to a senior official from the Consumer Product Safety Commission back then, the Segway had "safety features far more substantial than normally seen in a consumer product-features, closer to those associated with medical devices."

So, yes, it was safe. But it also had wheels and motors, and that means accidents were pretty much inevitable. Also, naturally, as more Segways made their way to the streets, more accidents were bound to happen.

According to the Annals of Emergency Medicine, between 2005 and 2008, the George Washington emergency room in that city's hospital started receiving more Segway injuries than pedestrians struck by cars.

Of course, you can find funny Segway falls on Youtube, but some incidents had lesser laughable outcomes than those.

Among the most iconic slips involving Segways, are former U.S president George W. Bush falling while riding one at his family estate, or the infamous cameraman that ran over Olympic gold medalist, Usain Bolt.

In a more tragic event, a Segway was involved in the death of Jim Heselden in 2010. Yeah, the British millionaire and philanthropist that acquired Segway, only a year before passing away. What an awful irony… Reportedly, Heselden plunged into a river while riding the device near his home in West Yorkshire, apparently after maneuvering to make way for a pedestrian.

A consumer market of one

Beyond safety concerns, the adoption of Segway by the end-consumer, the real interaction with the city, pedestrians, cars, crossroads… was a huge gray area for everyone.

The police didn't quite know how to deal with it when the first ones started popping up. Soon, it was evident that the unique vehicle required special regulations, and then the bureaucracy began.

Different states dealt with it in different ways with somewhat mixed results, and Segway's road to the cities looked long and bumpy.

Somehow, Kamen hoped this process would happen more organically, just by having more Segways rolling out there. But when you think that cities have struggled even to embrace bicycles, which have been around for a couple of centuries, you can imagine the issue isn't that simple.

Knowing this, Kamen first managed to close deals with the corporate and institutional markets. Police departments in different cities, as well as the postal service, national park service, and other corporate clients, were the first ones to adopt Segway.

Kamen hoped that if enough police departments and other public and corporate entities adopted it, it would be natural for consumers to take it. That’s both bold and naive.

But on top of regulations and safety concerns, the Segway had yet another problem for the consumer market: it was expensive. The release price was around $5K, making it more a luxury gimmick than a commuting workhorse. It soon became associated with tech bros and elitism, and thereafter it became a punchline.

Another business mogul who reacted to the Segway in its early days, Jeff Bezos, did express that he saw the potential for the device in the corporate market. Amazon itself was among the first Segway buyers and implemented them in some fulfillment centers. But he was more reserved about its insertion in the consumer market.

‍
"At Amazon, we didn't know at first, and nobody knew whether people would want to buy books online, and the same is true for whether people will want to ride these," he said on Time magazine.

On that story, it's told that Bezos and Kamen once met in Seattle, for a demonstration of how Segway could improve employees picking productivity in warehouses.

As the Amazon boss tested the device and raced madly around the warehouse, hooting and flapping his arms, someone yelled, "Jeff, what were you saying about the consumer market?".

Rolling past, Bezos shouted back, "There's definitely at least a consumer market of one!"

But now we know there was a consumer market of around 140,000, so, Bezos was closer to reality. And still today, twenty years into the new millennium, the dream of a transportation revolution remains just, a dream.