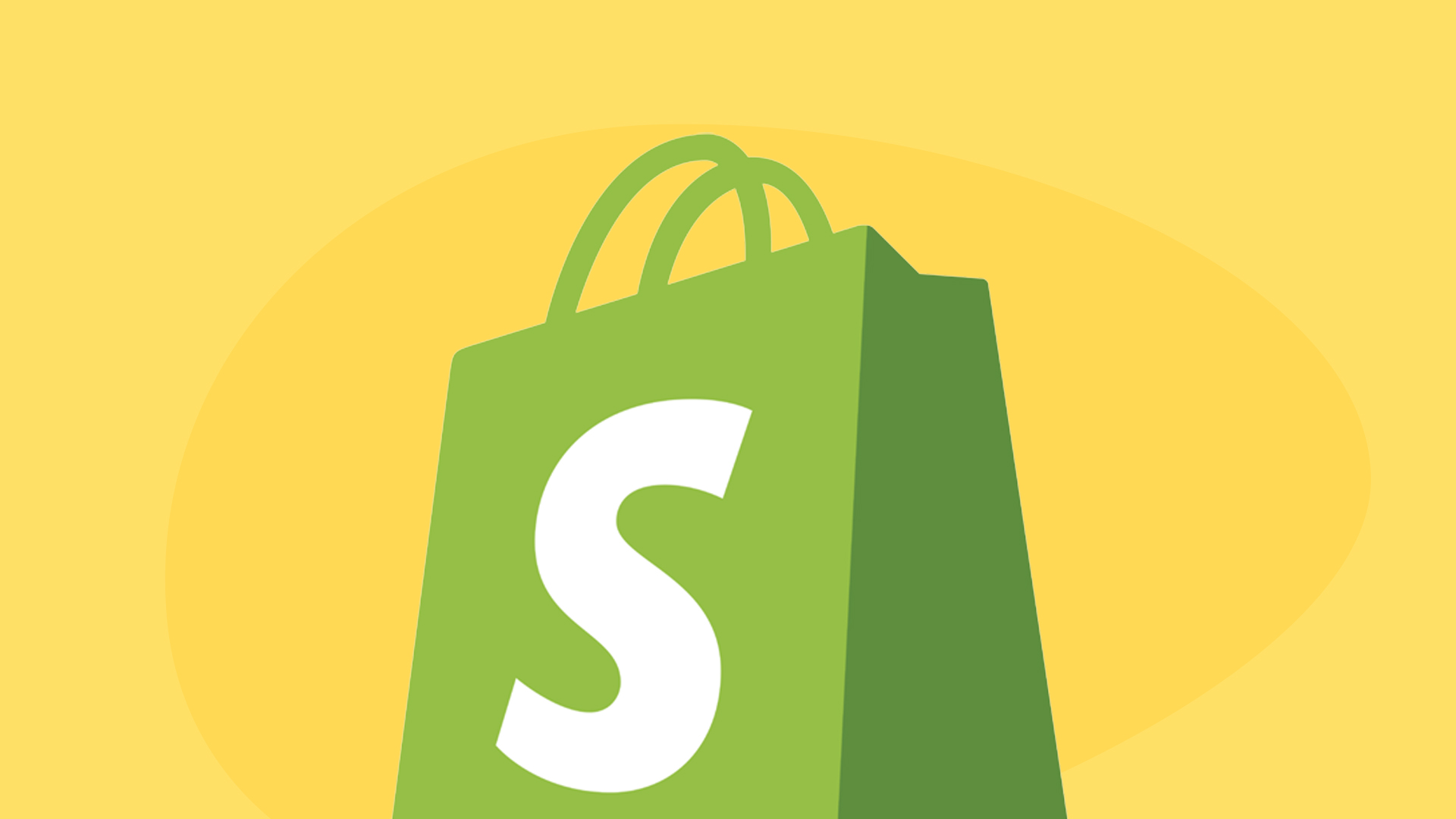 Shopify: quietly moving $30B a year

Shopify: quietly moving $30B a year

Get ready to see many million and billion figures in this story, because there is much money at play.  In May 2020, Shopify became the largest Canadian public company when it surpassed the Royal Bank of Canada by raising its market capitalization to $120B.

In simple words, market capitalization is the number of a company's shares outstanding multiplied by the current price of a single share.

Shopify stock is publicly traded in the exchange market since 2015. This year, the share price has gone up from $322 in March to the north of $1000 a share these days. That's a massive leap in a short time, and it leaves its valuation at $126B, as of September 2020.

Yeah, talking about Shopify these days is talking about eCommerce hype and hot stocks. They just had the best second quarter of their life and kept growing fast.

Let's look at what's going on with this company and the future of e-Commerce. Welcome to Company Forensics: Shopify. ‍

Consumers are shifting from brick and mortar stores to online shopping faster now. The wild success of Shopify in the last few months is a sign of this eCommerce spike. You may have also heard about a pandemic virus that put the world in lockdown, making online shopping pretty much a standard for many people.

Reports say that total online spending in May this year hit $82.5 billion, growing 77% YOY. Analysts are suggesting that some online purchasing trends formed during the pandemic may be adopted permanently.

Shopify's platform simplifies small and medium businesses to open an online store and do business on the web. It has surpassed 1M merchants on the platform and is not showing any signs of slowing down. The company CFO, Amy Shapero, said on their financial report for Q2 this year:

"The strength of Shopify's value proposition was on full display in our second quarter (...) We are committed to transferring the benefits of scale to our merchants, helping them sell more and sell more efficiently.

In the second quarter of 2020, Shopify almost doubled revenue from the previous period, making $714M. That's impressive, but not all of that figure is their profit. Some analysts think Shopify is not earning enough money to have the market valuation they have.

They still made a few hundred million dollars in profits. Nevertheless, you may notice a big gap between that and the $126 Billions of their market capitalization we mentioned earlier.

That's mainly due to investor hype in the stock market, pretty much betting on Shopify to be the next big thing in e-Commerce. But this has some investors wondering if the company could be overvalued and inflating a bubble.

Answering this question requires a technical analysis that we won't do here. In the end, it has a lot to do with the investor's interpretation of the market.

But let's check out some indicators and try to understand what's up with the hype. First, let's know what does a bubble in the market means.

"A bubble is an economic cycle characterized by the rapid escalation of market value, followed by a quick decrease in value, a contraction that leads to the "crash" or "bubble burst", according to Investopedia.

So, back to Shopify, here's how they make money. Their business model is based on two main revenue streams. First, they have a subscription for merchants, with plans ranging from $29 to $299 a month. This revenue channel is growing at 28% YOY, as of the second quarter of this year.

Second, Merchant Solutions is a global payment processor that facilitates services like automated recurring billing, mobile payments. They get a commission from these solutions, and it has been outgrowing the revenue from the subscriptions.

And they keep expanding their services and features. They're now getting more into fulfillment and shipping, offering solutions for merchants all across their sales process.

In late 2019, they acquired 6 River Systems for around $450M; a startup focused on warehouse automation using robots and cloud-based software, a massive enhancement for their fulfillment network.The Shopify app store is a digital marketplace where developers create apps for merchants to enhance their experience and customize their store. They even loan money to businesses now with Shopify Capital.

With all this, they are close to making billions in revenue, but they are not there yet.

Still, taking a quick look at the balance sheet from their financial report in Q2 this year, you can see the valuation of its current assets at $4.3B. In contrast, their current liabilities were $320M. Without more technicalities, this at least means that Shopify has cash for days. They can respond to their financial obligations and still be in a good position, with a few billion to spare.

All this doesn't answer if the company is overvalued or not, but maybe an indicator that the company will not go bankrupt anytime soon. Analysts suggest that this high liquidity can be most valued in the current market, given the pandemic's economic instability.

Shopify started as a solution to help small and medium businesses sell online. The company CEO, Tobias Lütke, has talked about how the company began in 2006 as he and some friends had the hobby of snowboarding in Canada and wanted to sell snowboards.

The company was born as the solution to the over-complicated process they found to sell the snowboards online. Lütke said it was evident that no one was thinking about new businesses going online at the time. So they created Shopify.

It went from a small startup to being publicly traded in less than ten years. Yet the last few months have been critical and can be setting the pace for the future.

Today, it still hosts small and medium businesses, and they are at the core of their mission. Yet, they also power stores for companies like Tesla, Nestle, or Budweiser.

The total value of orders managed on Shopify for Q2 this year was $30.1B, growing 119% from last year, and already surpassed eBay's.

Having caught up with eBay in metrics like this makes Shopify the next real contender for Amazon. Right? Yes and no.

Shopify and Amazon are e-Commerce businesses as they incur in online sales, but comparing them may not be accurate.

Also, the gap between them is still large. For reference, while the total value of orders managed on Shopify has been $30B this year, Amazon's was around $335B in 2019.

But there are many other players interested in their share of this e-Commerce bonanza ruled by Amazon.  Walmart, another retail giant, has been expanding its online operations and is joining forces with Shopify now. In June, they announced a partnership that will bring around 1200 Shopify sellers to the Walmart marketplace this year.

It may not sound like a lot, but it can be just the beginning of this relationship. The vice-president of Walmart's marketplace, Jeff Clementz, stated at the time:

"Shopify powers a dynamic portfolio of third-party sellers who are interested in growing their business (...) This integration will allow approved Shopify sellers to seamlessly list their items on Walmart.com, which gives Walmart customers access to a broader assortment."

For some context, according to TechCrunch, back in 2018, 140 million customers shopped in Walmart stores weekly, and 90% of Americans lived within 10 miles of one of its locations. This geographical presence gives evident advantages for fulfillment operations.

Two-day shipping and seamless returns are already part of Walmart's offer for millions of products. These moves look like direct attacks on Amazon, and only time will tell if they will scale and rival the Seattle behemoth. Yet another company looking for its share of the pie is BigCommerce. A few days ago, in early August, this company entered the stock market with an initial offering priced at $24 a share.

The road to catching up may be long for them, but they're already in the fight, and investors' interest in e-Commerce is not slowing down. Do you think Shopify is suited up to give Amazon a run for its money in the future? Or are they just in a different league? Let us know your thoughts down below in the comments. See you in the next one.

Talk with our experts