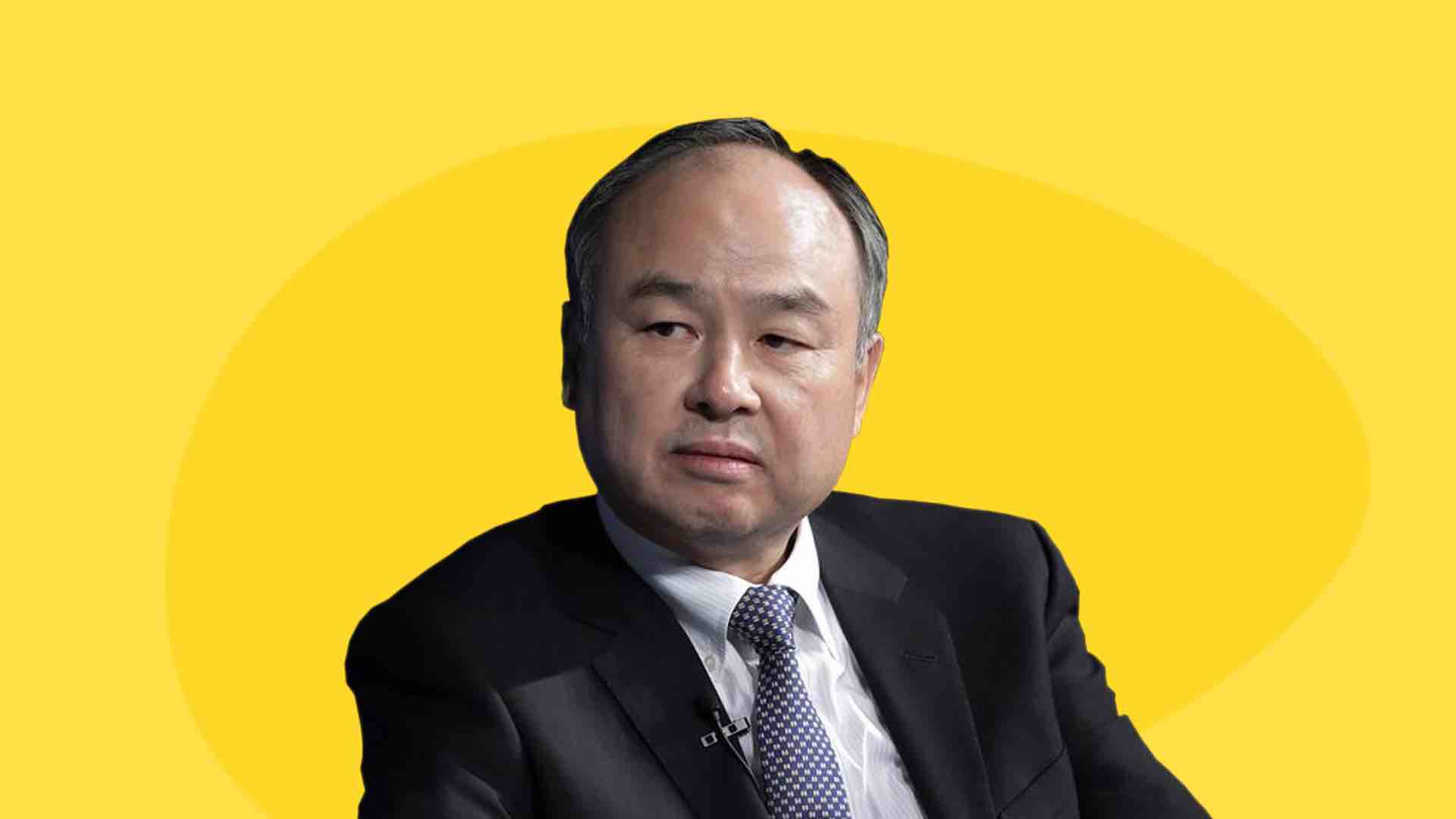 Softbank $24 Billion down the drain

Softbank $24 Billion down the drain

The legend goes that Masayoshi Son wanted to fund the future's ideas, so he created a $30 BN dollar fund. That's right, $30 BN.

But just before he met with potential investors, he fiddled with the slides and changed the amount. The fund wouldn't be $30 BN. It would be $100 BN.

The investors laughed out loud. He didn't. "Life's too short to think small", he said.

And nothing about his journey to becoming one of the world's most prominent billionaires has been small. His company, Softbank, is a giant in multiple industries, with aggressive investment and fast expansion. But also, controversy and very costly mistakes.

We'll tell you about Softbank in this episode of Company Forensics.

When Masayoshi Son arrived in the US, his English was limited, but his dreams were big. After reading about microchips, he felt computers were the future and created his company, Softbank. In 1981, he began importing PC software from Japan then ventured into the publishing business, with PC magazines.

By 1990, Softbank Corp. Japan became Softbank Corp and now brought services from the US to Japan. Son created yet another company, Softbank Holdings Inc., to look for investment opportunities, and, by 1994, he had his eyes on large-scale acquisitions.

And it didn't take long. Through one of the first acquisitions, Ziff-Davis, Son discovered none other than Yahoo and decided to invest in it and launch Yahoo Japan, which would become a giant umbrella for other internet businesses.

Having evolved into a holding company, in 2000, Softbank invested in another potential giant, Alibaba. This alliance would include business partnerships, joint ventures, and investments. By that year, Son was briefly the world's richest man in 2000, only to have 93% of Softbank's wealth disappear after the dot-com bubble burst, which left him about $8 BN, so he was still o.k.

Softbank then aimed to also become a telecom giant, by investing in fixed-line communications in 2004 and buying Vodafone KK in 2006. Such moves allowed them to be the exclusive iPhone representative in Japan, which gave them a substantial presence and even more buying power.

And they continued to use that buying power. In 2013, Softbank purchased Sprint Nextel, one of the US's biggest phone carriers.

Now one of the biggest companies in the world, Softbank, didn't stop the spending spree. Under Son's vision for the future, Softbank invested in computers and robotics, and it even came up with a 300-year plan for the company. And it was that attitude which set Son apart. I mean, how do you take such a vision seriously?

Well, Son backed up his words with actions. That's when he created his famous $100 BN Vision Fund. And the Vision Fund was a reflection of Softbank's attitude: its investment is so aggressive, the minimum per round is $100 million.

And Softbank's intentions are clear. Per the Japan Times, Son said: "This won't be a typical fund. Most of our investments will range between 20 and 40 percent, making us the largest shareholder and board member, in a position to discuss strategy with the founders."

Translated, this means having control. But some have considered Son's investment methods as too risky.

Let's put this into perspective. According to the National Venture Capital Association, the US's entire US venture capital industry was $75.3 BN in 2016.

Here are some examples of Softbank's crazy investments: $9.3BN in Uber, 2.3BN in GM Cruise, and $5.5BN in Didi. In 2017, Softbank purchased Boston Dynamics to further venture into robotics, an area Son is sure will grow in the future.

And there was no sign of stopping. Son has repeatedly said: "I believe the next big bang is going to be even bigger. To be ready for that."

So, with one of the most massive funds in the world and the future at grasp, it seems the ride is perfect.

But then, we get into WeWork. It was an all-out investment, only how Softbank can do it. In November 2018, Softbank invested $3 billion, and another $2 billion in 2019, which skyrocketed Wework's valuation from $20 BN to $47 BN.

Red flags waved all around; they should've, at least. But the world celebrated Wework's valuation. And mind you, this wasn't the only investment Softbank made on Wework. They had invested $4.4 BN in 2017, and with the final cash injection, Softbank was basically in control.

But the hype was short-lived. From a failed IPO to chaotic management within WeWork (check out our video on it), and the current health crisis, Wework's value plummeted. But this is a teaser; I can't tell you yet.

In these past two years, WeWork has been a seesaw ride of promises, failures, mistakes, and a very peculiar CEO. And, even though Son still believes WeWork will eventually make money, he has admitted that the $9 billion bet was a mistake.

But why is this a big deal? It's their money.

Shaking up the world

"They can say whatever they want. I just want to do it my way."

That has been Son's answer when VC funds call his tactics too aggressive, looking to control all the companies under the Vision fund umbrella.

But, according to experts, the problem is about the size. Business professor Steven Kapplan explained, per the Economic Times:

"A $100 billion fund is mind-boggling. There's too much capital now, so bringing in more capital doesn't make any sense."

We've seen this story before. Investment floods into business ideas like driverless cars and robotics; the price then spikes, and everyone wants a piece of the pie.

And it's not Softbank's investments hover around the $100-million mark. That's the starting point, and most investments are $500 million to a few billion, in exchange for up to 40% of the company.

Softbank has shown no signs of slowing down with colossal funding rounds. The company's rampant attitude has forced other VCs to have to up their game. In the startup world, it seems the Softbank way is the only way.

And, when we look at Son's life, we understand. He's always aimed to be the biggest name in the business. When he started his company, it had only two part-time employees. A minuscule company, but Son had already built a 50-year plan for it and had told the pair of lonely laborers that, within five years, he'd have $75 million in sales. Thinking their boss was crazy, they quit. He didn't.

But such big visions have faced some grave adversity.

Such a massive enterprise will always be in the public eye, especially when one of the most prominent investors is knee-deep in controversy. The Saudi Arabian Kingdom was vital in creating the Vision Fund back in 2017, with initial funding of $45 billion of the $100 billion.

And this was the same Kingdom tied to the controversial disappearance of Saudi-American journalist Jamal Kashoggi, at a Saudi Arabian consulate in 2018. Accusations of murder erupted, and political chaos ensued.

Softbank's share plunged after international pressure on Saudi Arabia intensified. Many big names in the business world pulled out of an investment conference in Saudi Arabia just weeks after the murder.

But it took Softbank up to the last minute to pull out of the conference, maintaining a low profile throughout the crisis.

Masayoshi Son spoke to the press in November and quietly referred to the fund's integrity as the "there may be some impact" and reiterated their relationship with the Kingdom.

"As horrible as this event was, we cannot turn our backs on the Saudi people as we work to help them in their continued efforts to reform and modernize their society."

These past months have shaken Softbank: the WeWork fiasco, Uber, and OneWeb not performing well, and the health crisis. By the first quarter of 2020, Softbank reported $24 billion in losses, out of which, $17 BN were due to the Vision Fund.

And news within the company wasn't positive. Son reported that he expected 15 of the 88 companies in the Vision Fund to go bankrupt. But he quickly downplayed the situation, highlighting that Softbank would direct cash originally destined for those failed projects towards other, more profitable investments. Meanwhile, the company announced buyback schemes that would help them reduce debt.

Plus, the health crisis certainly didn't help. Who would use businesses like Uber, WeWork, and many of the other investments?

Media jumped at the flailing prey. Softbank's monopoly of the investment world and unethical practices to beat out the competition had come back to bite them. The company was crashing.

Theodore Karasik, a financial adviser, considered that SoftBank was a bad investment for everyone, in the way it was conceived and executed.

So, is this the end? Well, no. Just months later, Softbank clawed its way back. How? Well, some of its investments paid off.

Take Uber. While some people weren't sharing rides, they were undoubtedly using the delivery service Uber Eats, which spiked Uber's stock 11% in the second quarter, which raised the value of other companies like Didi, another of Softbank's investments.

Then there are investments on pharma and insurance, which have seen an increase in stock value, especially in these critical times. Plus, as the Federal Reserve and the Bank of Japan have begun buying debt, which aided the oscillating company.

As, per the NY Times, by the beginning of August, SoftBank declared a $12 BN net profit in the second trimester.

Softbank has shaken up the investment world and has lost billions in the process. But when one of those gambles pays off, they are riding high. So, as long as it keeps up with this game, the world will have to follow.