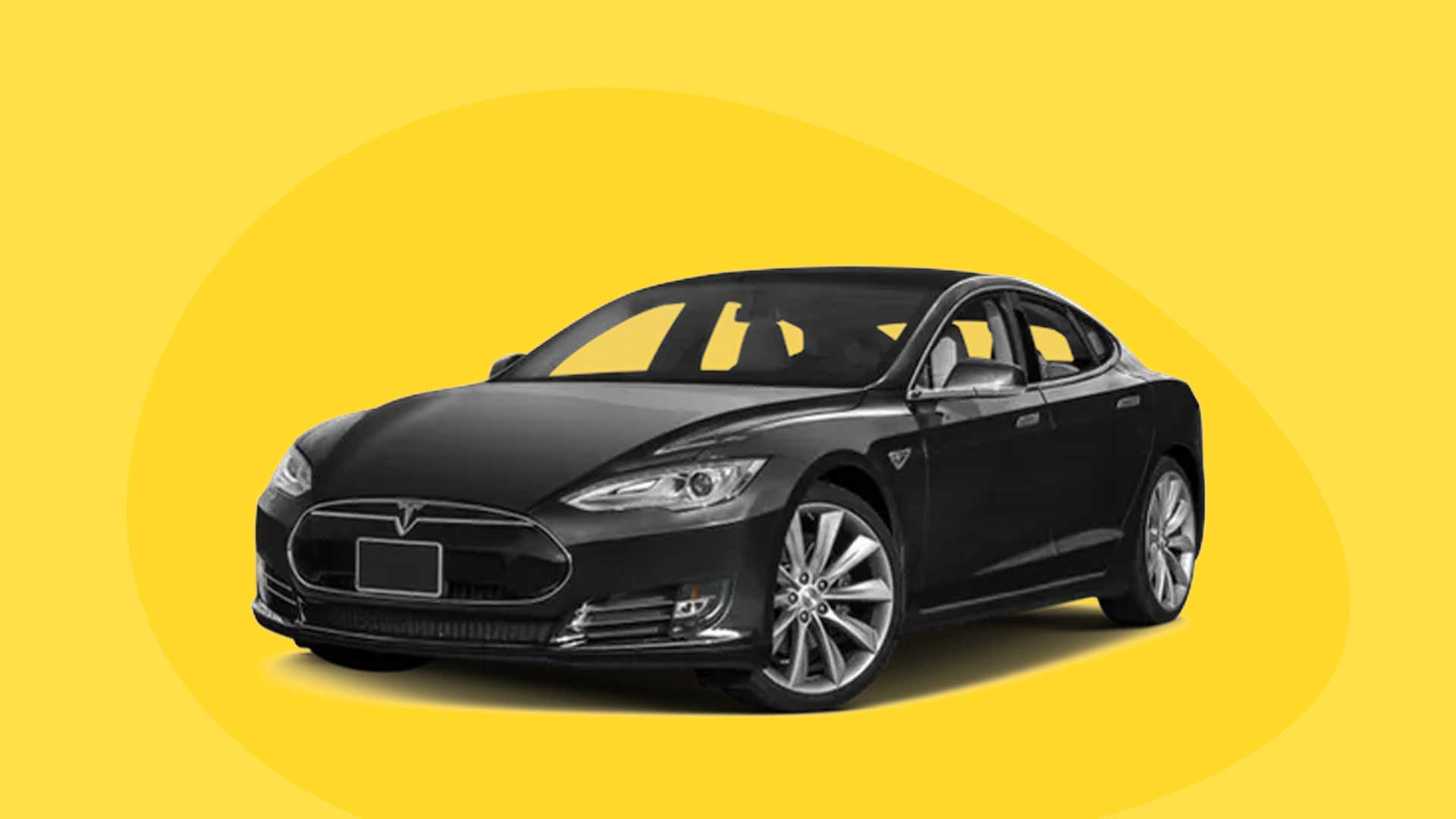 Tesla: Is it REALLY the most valuable car manufacturer in the world?

Tesla: Is it REALLY the most valuable car manufacturer in the world?

When we hear about Tesla, we think of cars. But the company is much more than Falcon doors and crazy trucks; Tesla aims to revolutionize how we see sustainable living.

And in July of 2020, it became the most valuable car manufacturer in the world. But is it?

We're going to do things differently today. To help us learn more about living day-to-day with green tech, we joined Ben Sullins, a sustainable living expert who goes to great lengths to test and live with the newest green tech available. And, he test-drives Teslas, which is awesome.

This special Company Forensics will cover Tesla's rise to the top as well as its vision for the future. If you want to learn more about Tesla, with excellent analysis, be sure to check out Ben's channel.

Even after GM destroyed all of its EV1s, the first mass-produced electric vehicle in the world, and the US automotive industry turned its back towards EVs, engineers Martin Eberhard and Marc Tarpening still believed in them. So much that they formed Tesla Motors on July 1, 2003.

After Ian Wright joined in 2004, the three looked for Venture Capital. They met Elon Musk, who was seriously attracted to the idea and invested $6.5 million of the total $7,5 million from the Series A funding.

Musk also became Chairman of the Board of Directors, appointed Eberhard as a CEO, and added J.B. Straubel as CTO. But, in reality, he took control of the company.

He first aimed to create luxury EVs for early adopters and, eventually, affordable EVs for a bigger market. With the first project, the Roadster, he focused on component design, styling, and the carbon-fiber polymer body.

But Musk and Eberhardt clashed so much that eventually, the board of directors asked Eberhardt to step down in August of 2007.  Also, the founders argued so much that a lawsuit ensued, and, in the end, Tesla ended up with five co-founders.

A revolving door of CEOs followed Eberhard's departure. Michael Marks, then Ze'ev Drori and months later, Musk became CEO, all within a year.

Meanwhile, the company was burning money like crazy, even with funding from names J.P. Morgan, and Musk himself investing chunks of his cash. In early 2008, Musk fired 10% of the staff, and still, by the end of that year, Tesla was close to bankruptcy. But, as Christmas came along, Musk managed to come up with $40 million to remain afloat. Somehow, with all these difficulties, Tesla shipped out 147 Roadsters by 2009.

Then Daimler AG invested $50 million in the company for less than 10%. This investment, in the words of Musk himself, saved Tesla. But let's give Tesla some credit. The company clawed through one of the worst economic crises in decades, selling luxury electric roadsters.

In June of 2009, Tesla received $465 million in low-interest loans from the Government to help develop electric cars. The company went from starving for cash to having hefty investments. By the way, in May 2013, Tesla repaid this loan nine years ahead of schedule. Not bad.

And it wouldn't stop.

The Roadster was originally a Lotus Elise glider (complete cars with no engines), as part of an agreement that began in 2005 and ran up to 2011. But what should've been a smooth transition from Lotus to Tesla was a headache.

Musk changed the base cars so much that, by the end, the original car and the finished Roadster shared only 7% of the parts. So much work ballooned costs, a big reason for those financial struggles at first.

But the Roadster surprised the world. EVs were small, gray, and dull; instead, this car was a $100 000 luxury red convertible. Sales were modest, with 2450 sold in total, but it was a step in the right direction.

The next car, the Model S, had it all: a sedan with an estimated range of 407 miles, the highest of any electric vehicle, and excellent acceleration and handling. It first rolled out in 2012 and was a critical success, so much so that by 2013, Tesla had presented its first quarterly profit.

But reports hinted that Tesla had cut costs and rushed to get the Model S into the market. Staff within Tesla knew that some batteries were faulty and leaked coolant but still shipped them. In the end, two vehicles caught fire in 2013 after they hit debris, and a third car caught fire while charging. Yeah, you don't want that.

Though Tesla's stock dropped 20%, Musk didn't recall the cars. Instead, he ensured his cars were five times safer than any competitor, and even hinted that the lower stock value was excellent as high stock costs were distracting.

Tesla then ventured into the SUV market with the Model X in 2015. But the Falcon doors, which look fantastic, were prone to jamming, and the company delayed production to fix them.

The Model X wasn't a cheaper car, competing with brands like Porsche, Land Rover, Mercedes Benz, and BMW. But, in just its first year, the Model X ranked seventh amongst all plug-in hybrids in sales, and critics praised its performance and overall design. The doors, well, those are up for debate.

Then came the Model 3. Musk announced the compact luxury sedan with much hype, but once again, production issues delayed the launch. Critics and experts torched Tesla; it seemed that Tesla was always a quarter away from achieving their goals, operating in a perpetual cycle of hype and delay.

So, again, the stocks took a hit, dropping about 23%. But Musk's hype persisted; when reservations opened for the Model 3, 132 000 bookings came through. In 24 hours.

Tesla managed to weed out most of the issues quickly, though trim details still linger, as with most Teslas and the Model 3 was a hit. This platform was also the base for the Model Y, a compact utility vehicle that promises to dominate yet another EV sector.

Yes, we can say that Teslas are unique. Their design and handling set them apart. They have faster charging times and smaller battery packages. But how is that enough to be the most valuable car company in the world?

In July 2020, Tesla reached a $208 BN valuation, officially surpassing Toyota as the most valuable car company in the world. But how? In the first quarter of 2020, Tesla claimed to produce 103 000 vehicles while Toyota rolled out 2.4 million.

So, how did it reach such a valuation? From Tesla's stock, which now hovers above $1000, sometimes reaching values of $1500.

But experts claim that investors treat Tesla as if it were a tech company and overvalue its stock. The only detail is the company isn't in tech, for now.

Add to this that cars can only generate so much money, and the automotive market has its series of challenges. One of which, for Tesla, has been revenue. Look at Toyota; the Japanese company has brought more than $200 BN for years now. Tesla has struggled to bring in revenue and profit consistently.

And then there's Musk, a controversial character whose antics cause Tesla's stock value to go up and down, sometimes wiping out billions. And sometimes adding billions. Just a thought: what would happen to Tesla if Musk left tomorrow?

So, yes, currently, Tesla is the most valuable car company in the world. But it has been so for less than a year, while others have been so for years. With challenges like expanding into other market segments dominated by gas vehicles and volatile stock, staying at the top is quite challenging.

But Tesla is more than just cars.

Powerwall as a steppingstone

In 2015 Tesla announced the Powerwall, a battery system to provide energy for homes, be it as a backup or as a means to save money. It covers most appliances with its 5kW supply; if you need to dry your clothes, this might not be the best choice.

But it's just the beginning. Here’s where solar energy comes into the play. In 2016, Tesla purchased a solar panel manufacturer called SolarCity for $2.6 billion, to create a seamlessly integrated battery and solar power product that looks beautiful.

Your car, your house, and backup power, all hooked up to solar energy. Sounds cool, right? But, the merger has met some opposition. Some critics say that both Tesla and SolarCity rely heavily on investors and the Government for cash; joining them was a misguided effort. Even shareholders have disagreed with Musk over the merger.

I wanted to know more about this new path they are taking, and here's where Ben Sullins comes in. Be sure to watch the video to obtain his valuable insights!

So, Tesla is the most valuable car manufacturer in the world. For now. And it's not just cars: its plans include total solutions for green living. Plus, the company doesn't seem to slow down in what is one of the worst crises.

And if you look back, this is nothing new. Tesla began by selling luxury cars amid the 2008 crisis and look at where they are now. So, is Tesla's future just hype, or is it for real? What do you think?