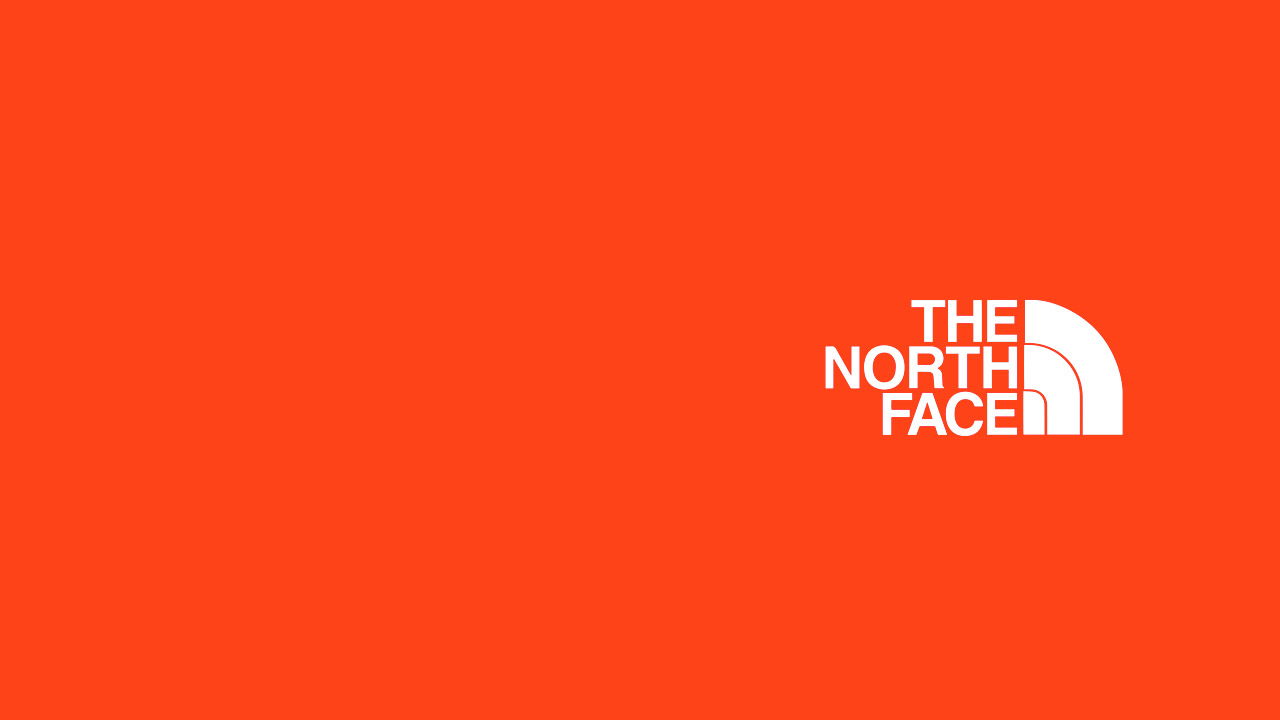 The North Face Story: From Bankruptcy to Icon

The North Face Story: From Bankruptcy to Icon

In this episode of Company Forensics, we’ll talk about one of the coolest clothing brands in the world: The North Face.

It seems like the brand has existed for decades and that their high-end products last forever. And this is true.

But The North Face has had a rocky history of successes and failures. It went from the precise and technical world of outdoor adventure to the urban streets and rap music, to becoming a cultural icon.

The brand faced bankruptcy several times and, at one point, was rescued as part of a very, VERY cheap merger.

Since then, The North Face has slowly risen to the top, where it stands today. But now, the world is very competitive, and the retail industry faces tough questions regarding its future.

So, it seems that The North Face’s story isn’t over and, without a doubt, there’s still more adventure to come. This is a brand that has survived for decades, through thick and thin, and still hangs on.

How The North Face was born

Our story begins in the sixties; that’s right, FIFTY years ago. Two adventurers and explorers, Douglas Tompkins and Susie Bell, wanted to create the best clothing for people like them: adventure seekers.

Back in those days, adventure equipment was bulky and unattractive. So, their idea was to create efficient outdoor gear of the utmost quality and, yes, their products weren’t exactly cheap, the complete opposite.

But their target demographic understood this. In fact, price didn’t seem to matter.

Which felt like a risky move at first, since neither had sales experience and their products were really expensive. But they had a very clear understanding of what adventurers needed. They WERE adventurers.

In fact, the name The North Face comes from the harshest, coldest and, therefore, more challenging part of any mountain in the northern hemisphere of the world: the NORTH FACE of the mountain.

When they launched in 1964, even with a small store, they went all out. They hired none other than The Grateful Dead.

Within just two years, The North Face would be a hit, but Tompkins wanted something different. So, in 1968, he sold his share to Kenneth Klopp for just $50 thousand.

Now, it’s not like Tompkins didn’t know business. Years later, he would create, along with Bell, the brand Esprit, a standard in 80’s fashion. But he wanted adventure, so he sold everything and bought the biggest piece of privately-owned land in the world.

But, back to The North Face.

Under Klapp’s guidance, The North Face's growth was small and measured during the 70s, and their catalogue was limited.

Their first products were backpacks and ONE coat, the Sierra Parka, with the first tent designed and produced in 1974.

But The North Face’s core idea remained intact. Their tents had excellent thermal resistance and were lightweight, making them very easy to carry.

And, innovation wasn’t only restricted to tents. The North Face loved Gore-Tex, the famous waterproof fabric, making it a staple in its products. The brand became known for being innovative and cool, they even collaborated with Apple back in the day.

Why not? Both brands broke out of the norm. It seemed right and, it did work for a little while.

The brand garnered an underground following and slowly spread outside the world of adventure. The bulky, imposing coats became trademarks of the rap scene.

Artists like the Beastie Boys and Notorious B.I.G. gave the brand more exposure in a completely different audience.

During the 80s, the brand became the one and only choice for skiing and mountain climbing. In fact, they were so established that The North Face was the ONLY premium brand for outdoor activities.

Finally, as the 80s drew close to an end, The North Face was growing fast. And, UNFORTUNATELY, it was then that Klopp and management

But, amidst this growth, Klopp and management made decisions that would cost them dearly.

First, in order to have control of the entire production process, the brand began manufacturing all its products instead of outsourcing part of them.

There was only ONE problem: they weren’t ready for that next level of manufacturing. Orders were delayed, some products ran out and there was no internal stock control.

Also, they went ahead and opened OUTLET stores all over the U.S. so sell off discount products and materials. But they were a premium store.

So, why have an outlet? For CHEAP products? The North Face isn’t cheap, is it? Their customers had never purchased The North Face for its price, so the stores were confusing. Customers didn’t like them.

There was, then, a lethal equation: logistical chaos and a lot of empty stores. So, despite their successes, The North Face was simply not profitable.

Klopp decided to pull the plug and, in 1988, he sold The North Face to Odyssey Holdings (OHI).

They did try, though. The early nineties brought in winds of change, or at least, that was the intention. They brought Marsden Carson as The North Face’s directors. Stores were closed and the catalog reduced to only the profitable products. And it seemed that The North Face was now making profit.

OHI went bankrupt. 1993 saw them file for Chapter 11 protection. During 1994, The North Face operated at a loss, but it was too much.

It eventually had to be sold at auction for $62 million to J.H. Whitney & Co., Cason and Williams S. McFarlane.

Another iteration, another north

The brand had already seen that the brand appealed to young rappers in NYC, how could they expand on it?

Well, they did take advantage of the whole rap thing. Remember, this is the 90s. Rap was BIG. Urban New York became a seeping ground for rap music and gangsta fashion, so The North Face created more jackets and outerwear.

LL Cool J, Method Man and many others just looked really good in The North Face. And young kids wanted to emulate them. So, The North Face became THE brand to have.

In fact, it became so attractive that their famous Nuptse jackets were prized by muggers. One fan of The North Face, photographer and almost mug victim Pravan Kuntmala, recalls: “New York, especially in Queens and the Bronx, is the epicenter of North Face collecting.”

And, some of that collecting, is by mugging. Even shoplifting.

But it didn’t stop there. The streets of New York City were just a gateway to the world.

Yes, they were still very, very expensive. Some of them were worth $600 of today’s dollars, but any people liked the new casual wear that was resistant and looked great. So, it was only natural that they open a store in Columbus Avenue, New York, which became a hub for everything The North Face.

And just when things were looking great, then came the whole accounting issue.

It seems that even if The North Face changes hands, it somehow drags along business issues from the past. The 90s were very good years but kinks began to show.

Logistic issues were still plaguing them. Winter gear was delivered when winter was already over and camping gear was late for camping season.

But the problem went A LOT deeper.

Turns out that, between 1999 and 2000, The North Face’s financial reports were FALSE, and their stock prices were inflated: in 2000, The North Face had told its shareholders sales were $238 million when, in reality, there had been a net loss of $100 million.

So, naturally, shareholders sued. Even the SEC got in on it.

The lawsuit caused so much of a ruckus that NASDAQ halted their trading until things were sorted out. It was truly a complicated moment for the brand.

The company’s value plummeted, from $17 to around $2. There was no turning back.

Well, this time around, when VF, the current owners, purchased it, they paid ONLY $25.4 million.

Now, let’s talk about VF for a moment.

This is one of the world’s biggest apparel companies in the world. Only in the U.S. they control 55% of the backpack market. Besides The North Face, it owns Jansport, Eaglecreek, Eastpak, Timberland and Kipling.

This company knows outdoor gear, so HOPEFULLY, they make it work.

The North Face seemed profitable. And, with their knowledge, VF could finally make this right. Their strategy was simple.

They invested heavily in producing regular clothing for people who didn’t REALLY do outdoor activities but still wanted that look, maintaining their high quality and good looks.

It was also time to branch to other markets, so they allied with designers such as Junya Watanabe in 2006 and created regional products for Europe and Asia.

The 2000s were really good for The North Face and more and more young people seeped in the urban culture of chaotic city streets dabbed in the brand. Rap still had a close relationship with The North Face.

Just last year, Drake purchased a classic The North Face/Apple coat for $825 at an auction.

The brand had managed, through the rocky paths, to maintain the classic adventurer customer, the rapper world and now had the entire world at grasp.

So The North Face was a cultural icon and it grew as such.

What once was a $25.4 million-dollar purchase, averaged $2.3 billion in sales in 2016. Products now include t-shirts, shoes, hoodies and jackets; but also tents, boots and thermal wear.

VF has relied heavily on its management and manufacturing knowledge to boost The North Face to higher sales and their products are still top of the line quality.

The brand is still at the top of the outdoor gear industry, where…yes, it doesn’t stand alone anymore. Competition is tough, but The North Face has managed to sustain itself and even expand, opening exclusive TNF stores all over the world.

VF understands what the customers want, so they segmented their products into new lines like mountain sports, lifestyles, urban exploration and athletics.

And Mountain sports are still the golden goose, as they represent 61% of The North Face’s entire business.

But, what does this all mean to that brand that started out in a small store in California? Is it still the same brand?

Even VF is not immune. The retail world is suffering and from 2013 to 2016, though their sales were at the millions, VF was unable to reach its target sales, prompting management to act and reorganize their portfolio.

So, yes. To a degree, this is still that same old The North Face, with the good and the bad that comes along with selling clothes in an ever-changing world.