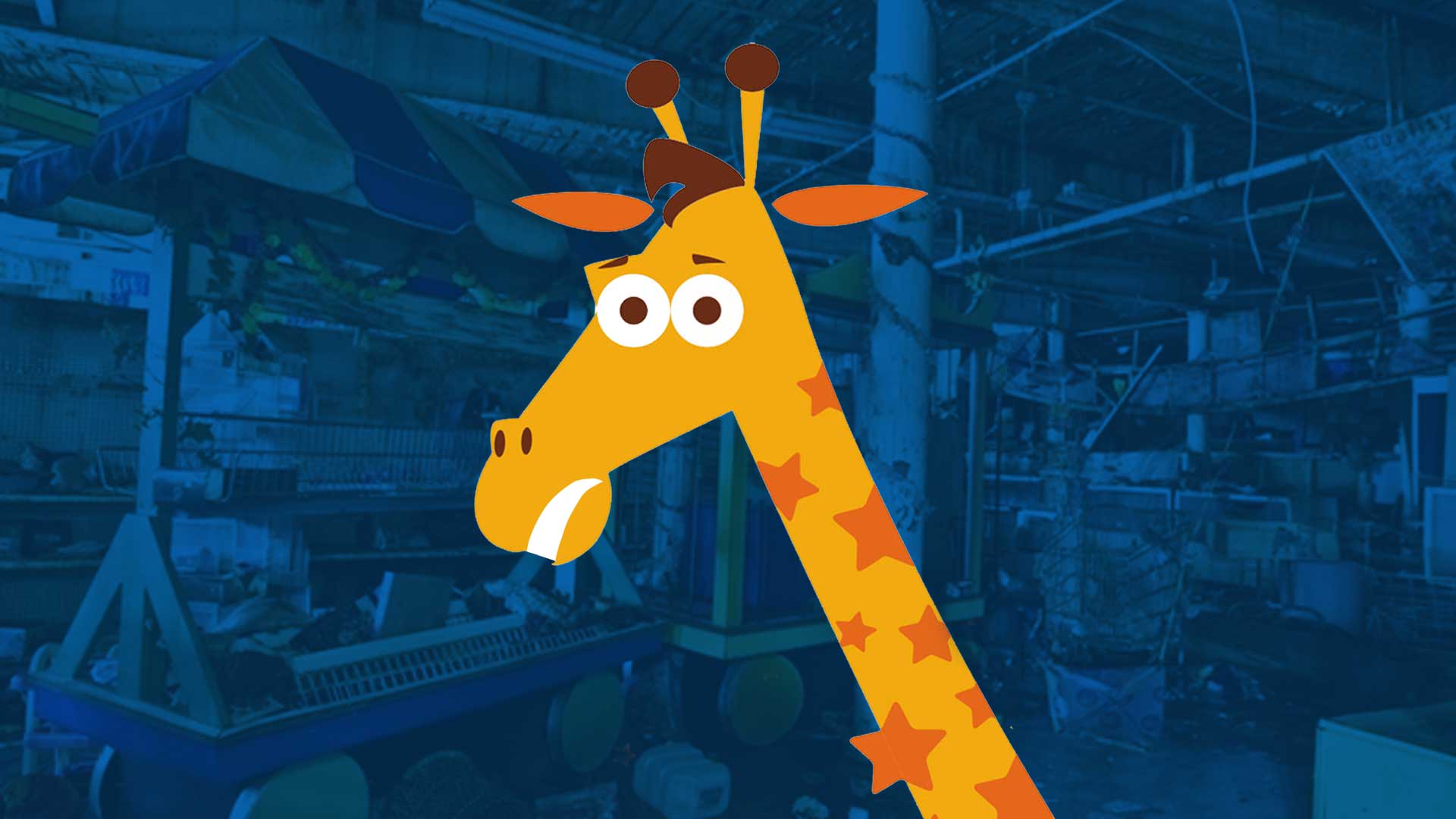 Why did Toys R' Us close?

How does the biggest toy store in the world end up in bankruptcy? It’s a question worth answering.

In its 70-year history, Toys R’ Us rose from humble beginnings to become the first category killer, a term we’ll explain later.

But, when we hear that Toys R’ Us went bankrupt, our first thought is: Amazon killed it. Well, that’s not entirely true.

Amazon was the last dagger in an already battered brand. And most of its wounds didn’t come from the outside.

Toys R’ Us is born

George Lazarus was a pretty smart guy. Back in 1948, at just 25, he started a company that made baby furniture. Why babies?

Because World War II had just ended and, according to Lazarus, soldiers were going to go home, get married, have children and live the American dream.

“I would sell cribs, carriages, strollers, highchairs—everything for the baby. My instincts told me the timing was right”

So, he borrowed $2000 and took all his savings (another $2000) to create Children’s Bargain Town. The business was moderately successful but, within less than a decade, he realized that the money wasn’t there but somewhere real close.

You see, toys either break or go out of fashion. So, parents frequently visited toy stores, especially in times of bonanza like the 50s.

Lazarus noticed this and in 1957, he opened a store dedicated exclusively to toys and aptly called it Toys R’ Us. But his idea was to be different.

First, the name: it was modern but, as years would prove, timeless as well. The inverted R was intended to represent a child’s writing. The mascot, Geoffrey the Giraffe, became a mainstay in ads and billboards.

The marketing was genius, eventually including jingles and ads every Saturday morning.

But the biggest game changer was the store itself.

It resembled more a supermarket than a toy store, with its products stacked high and with plenty of options.

This was a radical idea. Here’s what toy expert Richard Gottlieb had to say:

“Toys R’ Us astonished the era’s consumers, who had simply never seen stores that big and crammed with merchandise. What Lazarus really captured was this sense of American abundance after the war and after all those years of depression.”

<By the way, how do you become a toy expert?>

An influx of cheaper products coming from Asia, specifically Japan, as it rebuilt its economy, helped the brand. Japanese toys were cheap and could easily be bought in bulk.

This meant that the stores were always crammed with new, fascinating toys.

While the brand expanded moderately during the 60’s, it was the 70’s and 80’s that saw a boom in its growth, up to a point in which Toys R’ Us was considered the biggest toy company in the world.

Lazarus focused aggressively on becoming standardized, efficient, and agile to fulfill the increasing demand. And he was confident in his brand.

“What we are is a supermarket for toys," Lazarus told the Washington Post in 1981. "We don't have a competitor in variety. There is none."

Lazarus also embraced technology to improve the company’s processes. With a complex computer system, Toys R’ Us could track each product sold and identify which were hot-selling items, way before other competitors did.

And this was the 80’s: computers weren’t cheap, nor small, nor easy to use. But Lazarus was willing to invest in order to have a stranglehold on the market.

He also understood demand very well. Toys are seasonal and their best season is usually one quarter, near Christmas. So, he didn’t just keep toys in store. He also kept baby products, diapers and formula to sell year-round.

Around the country, smaller chains were unable to compete and quickly disappeared as Toys R’ Us opened more than 1200 stores around the U.S.

Not only did they change the toy market in the U.S., but they created a category in its own. Toys R’ Us was the first category killer.

And in 2001, they opened an iconic store in Times Square, which usually means you made it. The store was CRAZY: it even had a Ferris wheel inside.

But the 90’s also brought in murky waters. And before we explain that, let’s talk about what a category killer is and why it’s important to our story.

Category Killers are retailers that offer massive amounts of products and variety. They usually attack the consumer with low prices, product selection, ease of shopping and aggressive marketing.

Plus, these companies are usually pretty knowledgeable in the market, which makes them a double threat, not only due to size, but also due to versatility.

Toys R’ Us was the DEFINITION of a category killer.

And category killers thrive until another, bigger, more aggressive killer enters the ring.

And then, there’s WALMART.

But Walmart sold cheaper diapers, formula, baby clothes, baby food, electronics and, of course, toys. Walmart was a step above Toys R Us in the retail food chain.

And, sometimes, one above is all you need.

When did Toys R' us close: The fall

Walmart grew rapidly in the 90s. So rapidly that, by 1998, it took sole first place as the biggest toy retailer in the U.S., and this hadn’t happened in a decade.

But toys were only the fishing hook to reel customers in, so they could buy OTHER stuff.

<Come in for Monopoly and leave with two spare tires, a blender and the biggest sack of rice you can buy. Something like that.>

“It’s a matter of CONVENIENCE for a lot of people. Parents don’t have the luxury to just shop for toys. It’s easier to just go to Wal-Mart, where they can do the rest of their shopping and still get the best toys.″

Also, Toys R’ Us wasn’t only battling Walmart but also the threat of e-commerce.

And it’s not like they didn’t try. In fact, they created Toysrus.com in 1998, but failed MISERABLY. In December 1999, so many people ordered products, the company failed to deliver products before the 24th.

Which is the ONLY thing you’re supposed to do.

They didn’t abandon the idea of digital, though.

After the Christmas fiasco, and thanks to $60 million from investors, they partnered up with Amazon. The terms were almost PERFECT: ten-year exclusivity with Amazon, to distribute their toys.

<Who wouldn’t love that?>

And, at first, it seemed the deal worked. Toys R’ Us was the biggest toy seller on Amazon within the first two years. But Amazon was unsatisfied with the supply and wanted more.

So, they began selling other brands. Which pissed Toys R’ Us and lawsuits ensued.

Toys R’ Us won. But only $56 million. Which isn’t much, especially with the sacrifice that came along with it.

You see, instead of working on their own digital platform, Toys R’ Us had relied heavily on Amazon. So, when the relationship ended, the company was left with no digital identity nor platform.

This is a pivotal moment in the company’s history. Toys R’ Us was now desperate to jumpstart itself and remain competitive.

They slashed prices, bought other toy makers like FAO Schwartz and KB Toys, and they winnowed their stores by removing all unnecessary, loss-generating products. Toys ceased to be the priority: money was.

But all these decisions came at a high cost.

The acquisitions were very expensive. The cost-cutting focus in their stores backfired as the locations became more and more unappealing, so price slashing didn’t really work, because customers didn’t visit the locations.

On top of that, their digital presence was very deficient.

And most of the company’s income went directly to paying off their debt which was estimated at $5 BN.
A perfect storm.

The nail in the coffin

So, companies like Walmart and Amazon did do some damage. But, as you can see, not all of it.

Toys R’ Us had turned public in 1978 to great success but, by 2005, it took a big hit. Its debt was graded as a JUNK BOND and offered at very low cost, high reward but VERY high risk.

In March of that year, a private group bought out Toys R’ Us, led by KKR Group, Bain Capital and Vornado Realty.

This group bought the company through a LEVERAGED BUYOUT which means that the acquisition is done through mostly borrowed money.

Yikes and remember that junk bonds are very high-risk.

It’s not Toys R’ Us wasn’t making money. It was. But it had to pay up to $400 million a month in interest alone, in what critics called an “ATM for Wall Street.”

So, with dwindling sales, tough competition and a smaller market share, those $400 million eventually ate away at the company and in September 2017, Toys R’ Us declared bankruptcy.

But this surprised many.

Some investors said Chapter 11 wasn’t necessary and the bankruptcy papers cited that efforts were made to find funding. Also, there was no restructuring plan. It felt shady, to say the least.

And it brings forth the ethical discussion around leverage buyouts.

They seem justified. It’s an opportunity for the company to become leaner, more financially solid, right?

Most end up loading debt with assets. Investors usually protect themselves.

In this case, the wrappers were Toys R’ Us stores, employees, benefits, etc.

The investors did just that. KKR, Vornado and Bain earned $470 million off Toys R’ Us, before declaring it bankrupt.

Meanwhile, 30,000 jobs were lost, their severance plans nullified, unpaid vacations were eliminated and the stores all around the country were cannibalized by other brands.

Former employees gathered around the country and protested. So much so, that eventually, Bain and KKR both set up funds totaling $20 million to pay former Toys R’ Us employees the money they owed.

As protests ensued, it was clear that the toys were no longer created to bring a smile to a kid’s face but rather dollars to the pockets of Wall Street fat cats.

And thus, died a company that had grown too big. Perhaps too big, too hungry, so it started eating itself from the inside.

But, perhaps, it’s too big to die.

After bankruptcy, the company resurged as Tru Kids and opened a few stores in the U.S., where it hopes to revive 70 years of history. Hopefully, not all of it.