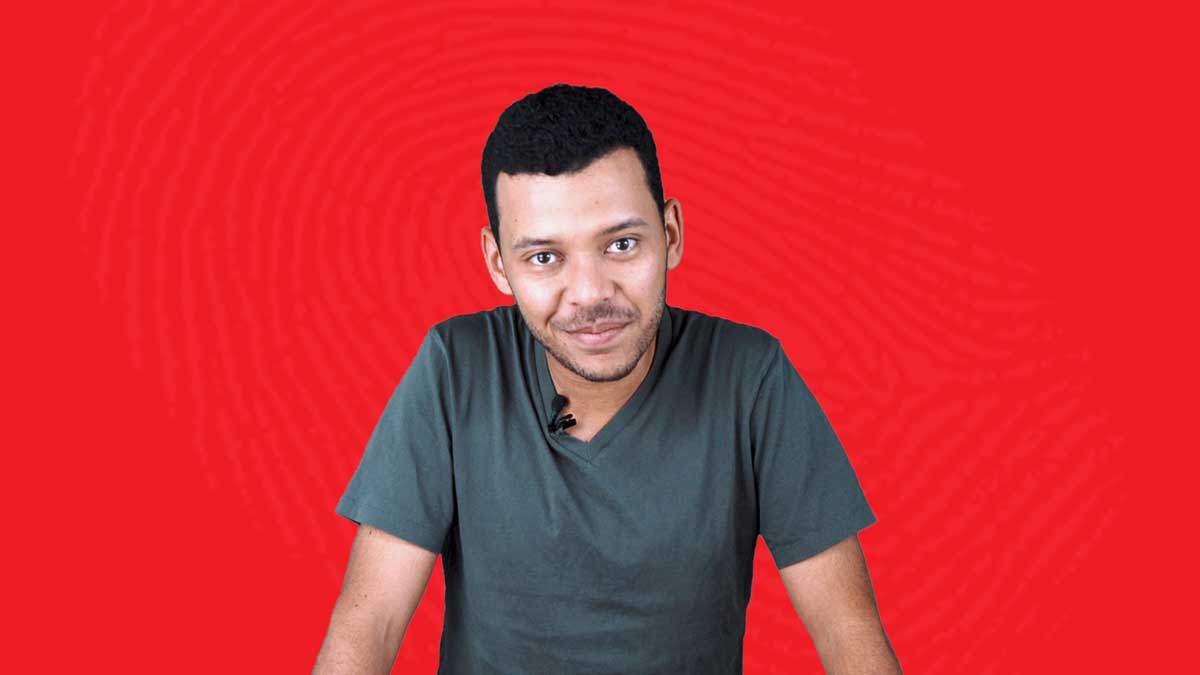 What happened to MoviePass? | Company Forensics

What happened to MoviePass? | Company Forensics

This episode starts with a basic problem: people love going to the movies but it’s very expensive. And, in order to solve this, one company wanted to disrupt an entire market.

MoviePass tried to change the moviegoing experience altogether, with a simple idea.

For a monthly fee, subscribers could go to the cinema once a day, every day. Cheap movies every day of the month? Sounds great, right?

But, ironically, too many subscribers would eventually be a bad thing. MoviePass went from being a hit to entirely collapsing, in just THREE DAYS.

This is Startup Forensics, MoviePass, and today, we’ll see:

THE ORIGINS OF MOVIEPASS

Our protagonist is Stacy Spikes, a tech and film entrepreneur from California, who was convinced that a subscription moviegoing service could work.

For a flat fee, viewers could go to the movies as many times as they wanted. In theory, at least.

And he had this idea way back in 2005. He just couldn’t get ANYONE to buy into it.

Big cinema companies like AMC, Regal, and Cinemark were focused on IMAX and 3D and not on subscriptions.

So, for six years, he unsuccessfully tried to sell MoviePass until, in 2011, he met Hamet Watt, who helped raise $1 million dollars to start.

This money came from two investors, True Ventures and… AOL.

Initially, MoviePass was $50 a month for a movie each day.

So, if you went to the movies once every week, each movie cost $12.5. Twice would be just $6. Pretty good, actually.

And, it was basic, at most.

The online system allowed users to pick a movie and seat, then print a voucher to claim the tickets at the counter. And it was only available in 21 theaters in San Francisco.

But people loved it.

The day it was launched,19 000 tried to subscribe, and the server crashed. Seems like a success story.

But you’ve seen this show before.

From the start, things went wrong.

First, NO ONE in MoviePass told those 21 cinemas about the test, so the tickets were blocked.

Also, there was a conflict of interest.

You see, they used a database from the website MovieTickets.com, <BUT> AMC, one of the biggest cinema chains in the US, owned part of Movetickets and they weren’t happy.

In fact, they threatened to shut down MoviePass.

They now had to rethink everything, but other tests weren’t working, mainly because they were cumbersome and required printing.

And printers are evil beings.

Now, let’s be clear, MoviePass was a GOOD idea.

They had mapped out all the movie theaters in the US so they could pinpoint any theater they wanted and had taken into consideration population and income to create regional plans.

All this with a team of FIVE people. It just lacked one detail.

Spikes and Watt wanted real-time, digital transactions and the only way to do this was through a card.

So, they first joined forces with Discover Card. It worked well enough to gain more attention. So much so, that eventually MasterCard itself got into the action.

Now, they hit it big. The MoviePass card was accepted everywhere MasterCard was.

Also, they included different plans, from $19,99 to $50, and even had regional fees, so, it catered to more users.

All you had to do was sign up, pay and your MoviePass would show up in the mailbox.

“No one can stop us. The theaters can't stop us. We'll have access to all theaters and all movies."

Theaters CAN stop you. And, they did.

But, before that happened, things went well for MoviePass.

Companies like Lambert Media and Moxie Pictures invested millions and in October 2017, its stock was valued at $39. Remember this.

But there was still one big hurdle: AMC.

And not only AMC but the movie theater industry.

From the start, the relationship wasn’t easy. AMC constantly fought against MoviePass, even releasing statements that clarified they had no association with it.

Well, there are two sides to the story.

AMC and other theater chains claimed MoviePass wasn’t sustainable, and that it affected them directly.

Businesses like gyms use breakage all the time: they benefit from people who sign up and rarely use; those makeup for users who go to the gym every day.

If they find a cheaper way to go to the cinema, they’ll use it.

And MoviePass was very, VERY cheap. The lowest fee at the time was $14.95 per month, the cost of just ONE regular ticket.

So, besides AMC’s argument, perhaps there was something else. After all, MoviePass wanted to be disruptive.

What if, in the future, MoviePass could become so big that they would DICTATE ticket prices?

This idea scared cinemas. Companies like AMC weren’t against subscriptions, they were against MoviePass.

So, why the hell did the two join forces?

Well, the numbers were too enticing. MoviePass boasted having 30 000 subscribers and a 100% lift per user, per month.

And that wasn’t the best part. They had an ace up their sleeve: DATA.

Through their system, MoviePass had direct access to consumers’ tendencies and tastes, a key element in boosting sales and theaters wanted this.

So, the trade seemed simple: cinemas paid MoviePass for data and, in turn, MoviePass paid full fare for the tickets, which they sold at a discount to massive amounts of subscribers.

But at the end of this pilot, something WEIRD happened. VERY weird.

"The first month shows a spike in visits as expected for early utilization of a subscription. With later months regressing to average usage above pre-MoviePass activity."

Besides, MoviePass data seemed off, inaccurate and poorly analyzed. In fact, some of the data in the program was missing.

Let’s add Spikes defense here: he said his data was exactly what he promised and that there was still interest from AMC, until there was some personnel change inside.

Whatever happened, AMC didn’t like it and, in 2016, pulled out of the deal.

This was a big hit for a company that was already struggling internally.

With AMC out of the race, the other big companies, Cinemark and Regal didn’t want to join and MoviePass was left on its own.

They hired Mitch Lowe, a former Netflix executive, to rake in any money he could find, but the outlook was bleak.

“We were going out of business”, said Lowe.

The company that once tried to shake the world was on life-support. But they were still attractive because of one thing: DATA.

And this was enough to motivate one investor.

HMNY wanted to expand aggressively. They drove the price down to just $10 so that they could reach 100,000 subscribers and then go public.

$10 per month! For unlimited movies! WHAT THE HELL?

Stacy Spikes himself believed that such a low price would only work as a promotion and that it should’ve ended quicker than it did.

But the idea was working TOO well.

To celebrate, Mitch Lowe and HMNY’s CEO, Ted Farnsworth posed in front of an AMC cinema, each holding a MoviePass and a big, HUGE, smile on their faces.

At the time, it seemed right to celebrate.

Now, not so much.

Here’s what Lowe said about that picture.

“I probably could have avoided holding up the MoviePass card under the AMC sign”.

Because things took a turn for the worse. Fast.

Many, MANY, things went wrong for MoviePass.

They grew fast but couldn’t fulfill the demand.

Sure, they had hundreds of thousands of new users every month, but MasterCard could only ship 35 000 to 50 000 cards a week.

This meant some users, even if they paid, didn’t get their MoviePass until months later.

Then, the system constantly collapsed: some screenings just disappeared from the app and others were blocked or there seemed to be no seats available, when in fact, the theater was empty.

Even Spikes, the co-founder, wasn’t safe. He was fired in January 2018.

Through an email that read: your services will no longer be needed.

BTW, he now rents an office at WeWork (sad face).

But it doesn’t stop there for MoviePass.

Users realized they could trick the system. Family members shared cards and reward points to get free screenings. Yet Lowe insisted only 12% to 20% of the users committed fraud.

Yeah, there were 3 million users so that’s 600 000 users committing fraud!

It was evident that things were bad and the company took actions that seemed just wrong.

For example, they changed from a movie a day to just four per month. They also limited big premiers so that they wouldn’t lose a lot of money.

But users didn’t know this until they tried to buy tickets and realized the movie was blocked.

Blockbusters like Avengers couldn’t be viewed more than once. And there was no IMAX or 3D available. Also, they implemented dynamic fares for some movies, like Uber.

But subscriptions were still $10. They lost $104 MILLION in just three months.

Then came THE WEEKEND.

On July 27th, 2018, with the premiere of Mission Impossible: Fallout, MoviePass urged users to “experience #Missionimpossible”.

But, MoviePass didn’t inform anybody that Mission Impossible was blocked.

No one could see it. No one.

So, right there and then, MasterCard pulled the plug and BLOCKED all the MoviePass cards.

Coincidentally, word got out that HMNY borrowed $5 million to “make certain required payments”.

Subscribers wanted out but they couldn’t even unsubscribe. Everything crashed.

In a matter of hours, HMNY’s stock fell to 0. Nothing. Zilch. Then it was kicked out of NASDAQ.

Even the New York Attorney General got in on it as MoviePass was under investigation for misleading investors.

And by Monday, MoviePass disappeared. In just three days.

The website only had a statement saying goodbye, or something.

But its demise left us one big lesson.

Sure, MoviePass wanted to disrupt moviegoing, and a subscription service isn’t farfetched. In fact, AMC launched its own version to relative stability.

They didn’t see that they had disrupted a very small ecosystem, in which all the actors need to in sync. And, until that changes, outsiders need to be on good terms.

And, after all, MoviePass needed them more than they needed MoviePass.