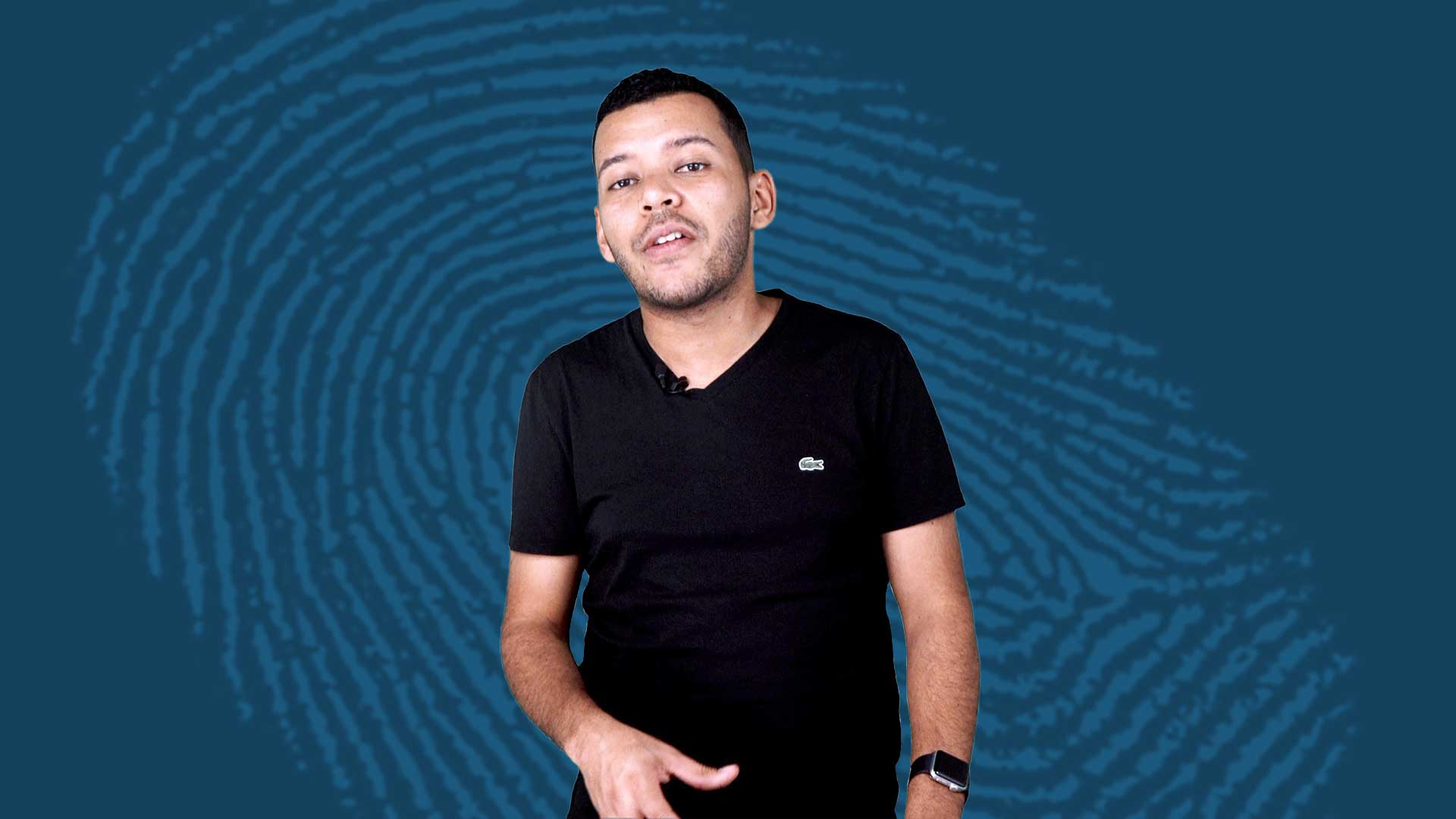 What happened to MySpace? | Company Forensics

What happened to MySpace? | Company Forensics

If you were a teenager in the early 2000s, you will remember that there was a site that transformed the concept of social network and became a Web 2.0 banner, in which people stopped, forever, from being passive subjects of information.

It was MySpace, a platform founded in 2003 that freed users from creating a web page, to offer them in return, a profile to which they could print their personality, add friends, photos, music, and their favorite videos.

Quickly, the social network founded by Tom Anderson and Chris DeWolfe showed its genuine musical vocation and it even became the platform that catapulted careers of bands like the Arctic Monkeys.

The News Corp company, owned by media mogul Rupert Murdoch sniffed the success and decided to buy MySpace in 2005 for $580MM. Although six years later he would sell it for only $35MM.

On its way to success, the site surpassed platforms like Google and Yahoo in traffic, and attracted five million new members every month.

However, the lack of evolution and vision of its new owners (because it changed hands several times) allowed other competitors to arrive and snatch its reign, turning it into a ghost town that, believe it or not, exists or subsists, until the date.

This is Startup Forensics: MySpace

Even if you have had a MySpace profile but you don't know its history yet, you will surely know Tom Anderson, one of its founders. Yes, Tom, the one who became yours and every user’s first friend, when deciding to open their MySpace profile for the first time.

In 1990, MySpace Tom, as he is known, was a vocalist for Swank, a San Francisco rock band; although later he changed the music for a day job and went to work at Xdrive Technologies, as an editor of the marketing department.

Chris DeWolfe was the vice president of sales and marketing for that same company, in October 1999. However, Xdrive Technologies closed in March 2001.

That's when DeWolfe and Anderson saw the opportunity to create a company called Response Base, also focused on Internet marketing.

Their company was acquired by eUniverse in September 2002 and that was when the two entrepreneurs decided to establish MySpace as a division of eUniverse, in August 2003.

DeWolfe became the executive director of the company and Anderson its president.

MySpace grew up first in Los Angeles where the company was based and then spread to New York and Hawaii. According to DeWolfe, he acknowledged in an interview: "I'm not exactly sure why, but 70% of Hawaii was on MySpace from the beginning."

The site allowed users to give their page the look they wanted and added functions according to their demands, in addition, anyone could have a profile, without the need for an invitation, something that Facebook did not offer at the beginning.

What was the key to success?

The moment MySpace appeared on the scene was crucial, the music industry was facing a strong shake.

‍
And then the platform went from being an enemy to a partner of the labels that saw in it the possibility of spreading content in a different way.

DeWolfe found another reason why the website was successful. The time was right: reality shows offered anyone the chance to become famous, and so did MySpace. The platform also provided a platform to jump to stardom overnight. As it happened with the career of Arctic Monkeys.

Arctic Monkeys, an indie band from Sheffield, United Kingdom, was born when a young group of neighbors asked for musical instruments as their Christmas presents and decided to start their own rock band.

Far from having sought fame, fame came via MySpace, through a profile that they didn’t even know about.

The band members were limited to writing songs and performing in shows, where they distributed homemade CDs with samples of their work. However, their friends and fans created a profile on Myspace and uploaded singles like I Bet You Look Good On The Dancefloor.

But this would not be an isolated case, the British singer Lily Allen, who emerged on MySpace and won a contract with Regal Recordings, would also be added to the list of successes.

Her first single Smile got half a million legal downloads. In addition, her debut album Alright, Still sold two and a half million records.

“I think the secret to the success of MySpace is that you're not being sold anything," she told the Guardian in March 2006, months before her first release

The success of MySpace caught the attention of News Corp, the company of media mogul Rupert Murdoch.

By the next year, they had already reached 100 million users and surpassed the Internet giant, Google, as the most visited site in the United States.

But, the winds of change did not blow so much in favor.

Journalist and writer Tom Standage highlighted in Writing on the Wall that the new owner treated Myspace as “a media outlet rather than a technology platform and seemed more interested in maximizing advertising revenue than in fixing or improving the site’s underlying technology.”

Universal Music decided to sue the social network before the United States District Court in Los Angeles, claiming that MySpace was a "vast virtual warehouse" of pirated works by some of the company's best-known artists.

In a press release, Universal said: “Businesses that seek to trade off on our content, and the hard work of our artists and songwriters, shouldn’t be free to do so without permission and without fairly compensating the content creators,”

MySpace responded that it was at the forefront in developing initiatives to protect the rights of creators and lamented the lawsuit.

A solution to ease the anger of the labels was MySpace Music, a company that arrived two years later, in 2008. It was constituted by the social network and three of the most important record labels: Sony BMG Music Entertainment, Universal Music Group, and Warner Music Group.

The new service would combine the MySpace Music landing page, more than 5MM artist profiles and landing pages from individual users. In addition, it would provide bands and fans with multiple contact points to discover, share, and buy music and products in one place, from the portable device of their choice.

What advantages would users have? They would be able to download and discover music, stream it and personalize their content, as well as create their own playlist.

While artists would be given the opportunity to provide their fans digital downloads, mobile ringtones, SMS and artist wallpapers. That information would be available on their official profiles.

The bet from MySpace Music was valued at $2B after its launch.

However, startups are always immersed in an ecosystem which should never be neglected. Spotify, Facebook, and YouTube represented a pain in the neck for MySpace.

The record labels had already invested in MySpace. But they would never put all the eggs in the same basket, right?  That’s why they decided in 2008, to grant the Swedish Spotify the capital and music licenses that they required to scale their deal.

On the other hand, Facebook was on MySpace's heels and by 2009 it managed to match the number of users that this social network had in the United States:  about 70 million according to ComScore figures.

And finally, two of the Universal Music Group and Sony labels, which were also part of MySpace Music, decided to partner with YouTube to create Vine, a video streaming site that almost immediately became famous. But that would later die. Go check our video.

Owen Van Natta, executive director of MySpace said two months earlier: “Our staffing levels were inflated and hindered our ability to be an efficient and agile team-oriented company. I understand that these changes are painful for many. They are also necessary for the long-term health and culture of MySpace. Our intention is to return to an innovation environment focused on our users and our product. "

In October 2010, MySpace was redesigned: the company decided to change both its logo and its contents.

Leveraging the redesign, a month later, MySpace decided to sign an alliance with the social network of Mark Zuckerberg, so users could enter the site using their Facebook credentials and import their musical interests, to be reflected on MySpace.

At the beginning of 2011, the site was a ghost town from which users fled to other more interesting platforms.

According to ComScore data, MySpace had 45MM unique visitors in January 2011, while the previous one had 70MM.

News Corp lowered their arms in June and acknowledged that there was no choice but to sell the company that only left losses.

And although they were asking for at least $100MM, they had to settle for the $35MM paid by Specific Media, a company of brothers Tim and Chris Vanderhook, associated with singer and actor Justin Timberlake.

It was Timberlake himself who appeared, in January 2013 as the face of the New MySpace, which sought to focus on music, although not as alternative as in the times of Arctic Monkeys, of course.

From then on, the MySpace story is known for the constant changes from hand to hand.

In 2015, Interactive Media Holdings, the parent company of Specific Media and MySpace changed its name to Viant and in 2016 it was acquired by Time Inc.

The most recent scandal, yes, because MySpace still exists, was the irremediable loss of uploaded files between 2003 and 2015.

Although the news was communicated in March 2019, the loss of data dates back to a year ago.

In face of the new scandal, the company reported: "As a result of a migration project, any photo, video, or audio files that you uploaded more than three years ago may not be available on MySpace. We apologize for the inconvenience and suggest you keep Backups".

Perhaps that was another reason for the last inhabitants of the ghost town to decide to put a lock on their profiles and leave forever.

What can we learn from MySpace?

More articles from our blog