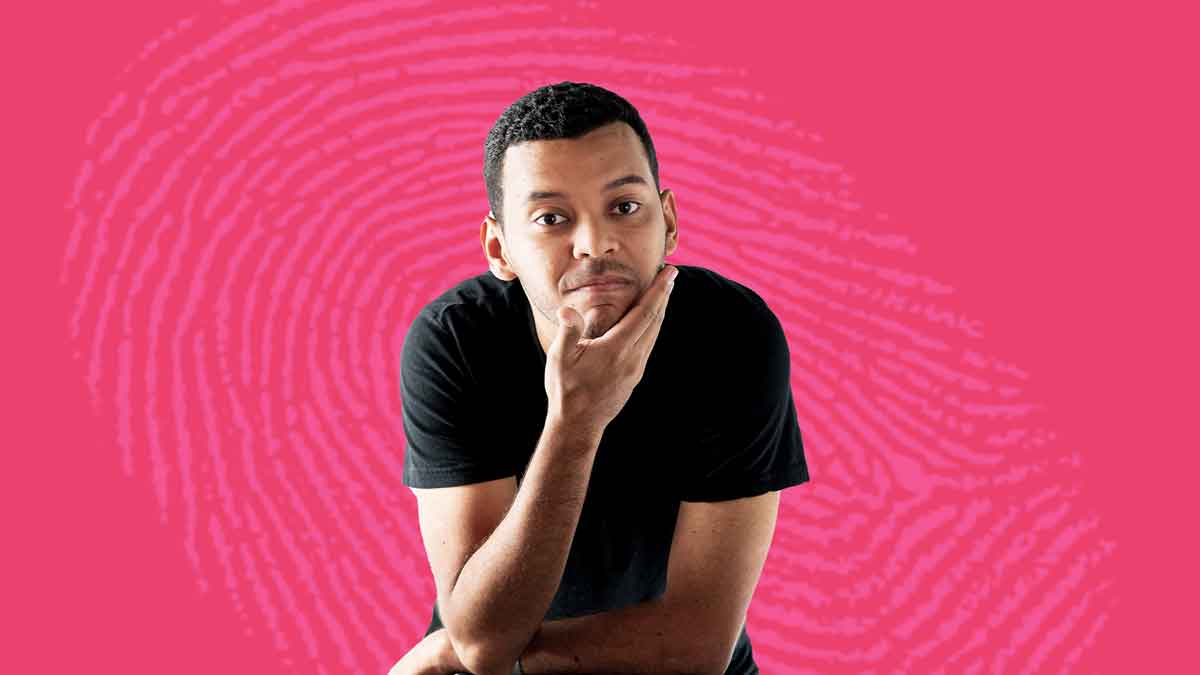 What happened to Shyp? | Startup Forensics

What happened to Shyp? | Startup Forensics

Let’s say you wanted to ship something to the other side of the country, and you didn’t want to look for a box big enough, or queue at the post office. None of that.

You just wanted to have someone come and pick up your package, from the comfort of your home.

Well, Shyp did just that.

Their motto was genius: “we’ll take it from here”.

It was easy: all you needed to do was take a picture of the item or items you wanted shipped, upload them through the app, and a person would come and pick it up.

And the best part was the price: just $5!

Business boomed in California. People even called it the Uber of deliveries. Then it expanded to New York and Chicago, where…it didn’t fair out so well.

And in the span of just five years, Shyp "sank". When we analyze it, we realize Shyp left us very valuable lessons.

So, in this episode of Startup Forensics, we’re going to talk about:

How Shyp was born

People want everything to be simpler. From transportation to food and entertainment, and shipping stuff is no different.

Kevin Gibbon and Joshua Scott, along with Jack Smith, took notice of that.

They wanted to renovate a 200-year-old business and make shipping easier. So, they went after a key part of the process. They aimed to provide the service between the user, us, and the major delivery companies at a very low price. ‍

Gibbon and Scott have plenty of experience in the start-up world.

Gibbon created an app called ShopAround, which allowed consumers to compare prices and reviews in local shopping. It earned a Top 100 ranking and had experience as an Ebay power seller.

Scott was the lead designer on the company Attachments.me and worked as a consultant for multiple start-ups and big companies like IBM.

But Shyp’s origins are quite humble. First, they had to borrow $2000 just to pay for the website.

Then, they put their idea to work in a rented-out garage, with a Google sheet that registered people’s orders and, get this, Scott and Gibbon HAD TO RENT cars to pick up the products themselves.

Their idea had always been life EASIER for the user.

Upload the picture and, just twenty minutes later a person, known as a courier, picked it up.

All you paid was 5$ and, most of the times, couriers arrived within less than the promised 20 minutes.

With the products on hand, Gibbon and Scott would actively search the cheapest parcel service, be it UPS, Fedex, or USPS, to deliver the product.

Their testbed was just one zip-code, in San Francisco and in July 2013, they set sail to see if it worked.

But that one zip code was good enough to lure the likes of Tim Ferriss and David Marcus (he’s the president of PayPal), who ended up investing $2.1 million in Shyp that same year.

With enough money to start hiring, Shyp did some interesting moves. For starters, they didn’t hire people with many years of experience in shipping, because they would reject new ideas.

Instead they hired people who wanted something bigger than regular shipping, such as Dan Rummel and Wes Donohoe.

“People come here because they want to solve this. They have these crazy aspirations.”

Emotions were running high, which is usual. But, spoiler alert.

As a testing platform, San Francisco worked great for Shyp. People loved the idea and with plenty of cyclists around, there was no shortage of couriers.

The app was very easy to use and, at least for customers, it was very enticing. BUT hold on to this idea, as we are going to get deeper into on-demand services later.

Business began to grow precisely because Shyp was dealing with a part of the delivery chain that was often overlooked.

And Shyp was going to save people money, create new markets for carriers and allow small businesses to grow by revolutionizing shipping.

It helped that funding was also growing, FAST.

By mid-2014, SherpaVentures invested $10 million, and just one year later, they were already negotiating investments of around $50 million from Kleiner Perkins Caufield and Byers.

So, it seemed natural to expand. Growth was always in Gibbon’s mind and, by the way, HOLD ON TO THIS IDEA as well.

They began operations in New York and Chicago, where business seemed to head in the right direction, and they also set their sights on Miami.

For starters, co-founder Joshua Scott left the company (all in good terms, as Canadians do) and they finally had secured the $50 million-dollar investment from Kleiner Perkins.

So, now, Shyp was a VERY well-funded company, totaling $62.1 million and a $250 million valuation.

Not only that, they had now the presence of legendary John Doerr (BTW, he is worth $7.7 BILLION). There was hype and with due reason, as Doerr himself once said.

“It’s the leader in reimagining the first mile, not the last. Shyp is the first to make it effortless and friction-free to ship your goods, in a way that’s almost magical.”

What felt magical was that $5 fee. But this fee would be a BIG hurdle for the company.

Was it too good to be true?

Things were looking great and, in 2015, Shyp made a big decision that evidenced they were aiming to grow, A LOT.

In January, they turned their couriers from contractors to full-fledged employees, making Shyp one of the few on-demand companies to do that.

On-demand companies such as Uber have had this discussion all along: contractors are cheaper, but the companies are not obliged to provide benefits.

For example, Shyp wanted to train its employees, which it couldn’t do if they were contractors. They also wanted to provide compensation, unemployment benefits, social security and Medicare.

And it wasn’t just a handful of contractors. No, Shyp grew to a total of 245 employees.

So, the move seemed risky, but Shyp was aware of the positive impact it could have. Also, they were small enough to tackle this situation, and still were aiming to grow.

Just after the first investments, the company had grown <500%>.

With all this great news, there’s a topic I want to talk about. Those $5, for ANYTHING, be it a pair of shoes or a TV.

Behind that low price was a labor-intensive process the customer didn’t see.

First, there was an entire network of logistics in the form of couriers, from cyclists to vans.

Then, there was the packaging process which would eventually include Shyp’s own cardboard-cutting machine.

And finally, taking the products to companies like UPS and FedEx.

And while, at first, customers flooded Shyp to get their services, by the second year, the fever began to cool off.

But Gibbon was determined to keep growing and insisted that the company focus ON CUSTOMERS. (Shakes head disapprovingly)‍

Too little too late

Unfortunately, it was AFTER Shyp closed its doors, but Gibbon did recognize his mistakes.

Firstly, he hadn’t listened to investors on key issues, one of which, was…CUSTOMERS.

Just ask yourself, HOW many times do regular people ship things?

Investors saw this. They insisted that Shyp focus on small businesses INSTEAD of individuals and even pushed Gibbon to join forces with digital marketplaces such as Ebay.

Then there was the cost.

Shyp’s idea never was to rely on those $5, but rather on negotiating discounts with companies such as Fedex and UPS, and then mark up the delivery cost.

But still, it was $5. The price of a foot-long sandwich. It was too low.

So again, in 2016, they changed their rates into a more dynamic system, in which the cost of shipping depended on the item to be shipped. And, that year, they discovered another opportunity.

Many used Shyp to return products, so Gibbon quietly added another fee, giving them another source of income.

Gibbon was shaking things up in Shyp. But all these decisions had something in common.

They were TOO LITTLE, TOO LATE.

Their core problem revolved around the company’s philosophy. Gibbon wanted to keep in line with those customers he had built Shyp around.

Those people who wanted to pay $5 every other month or so. And he insisted on growing faster and larger AROUND them.

But growth and profit don’t necessarily go hand in hand, and the numbers began to tell the story.

To cut losses, they pulled out of Miami then they shut down offices in New York, Chicago and Los Angeles.

In fact, they reduced operations to JUST San Francisco, where it all had started.

And, according to Gibbon, those moves had paid off. Revenue per transaction supposedly increased 150% and by December 2017, they were breaking even.

But It wasn’t enough.

His post was very honest. Here’s what he had to say about his mistakes.

“We decided to keep the popular-but-unprofitable parts of our business running, with small teams of their own behind them. This was a mistake—my mistake. While large, established companies have the financial freedom to explore new product categories for the sake of exploring, for startups it can be irresponsible.”

‍But this is not just another startup demise. It raises a very interesting question about on-demand.

The future of on-demand businesses

The 2010s saw a boom in the on-demand market. But, as the decade ends, many of those companies are gone.

One of the most appealing aspects of on-demand business is, usually, a VERY low fee for the service. Kevin Gibbon said it himself, the popular-but-unprofitable side of the business.

It’s one of the reasons why people love Uber when, even the giant of giants has recognized that rides are cheaper because they are subsidized by investors.

So, what’s the magical formula?

But it’s clear that, as we evolve into customers that want everything on-demand, and at a lower cost, businesses need to lay down the path to profitability as soon as possible, especially with the influx of much more competition in all markets.

In fact, customers may not be the magical answer. Gibbon himself notices this:

“I’m not quite sure, if I were to do this again, that I would go after the consumer.”

And he talks from experience. Unfortunate, but experience, nonetheless.

Investors demand profit instead of growth. And many experts are still unsure as to whether eventually on-demand will ever make money.

One thing’s for sure: startups all around are aiming to make it work. In fact, one of which is Shyp.

That’s right, Shyp was revived in 2019, under new management and new rules, such as flexible fees and a wider array of services.

So, perhaps, this second iteration has what it takes. We’ll see.

How to start a business with no money: tips for entrepreneurs

What if I started a new business today? How would I approach it?

Is WeWork dead? | Startup Forensics: the downfall of Adam Neumann