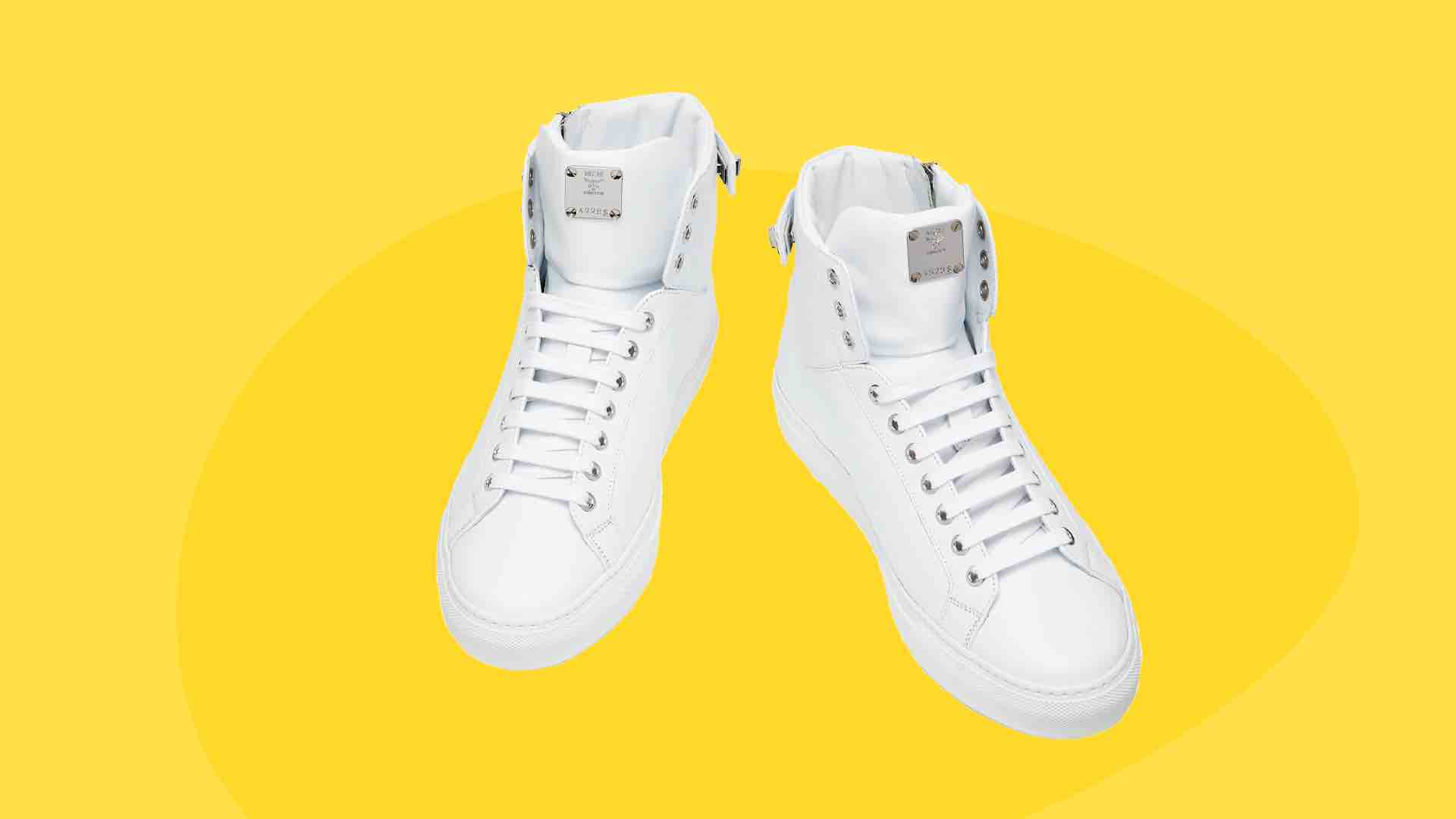 Zappos is the epitome of customer service and revolutionary corporate culture. Much of it was due to one of its co-founders, Tony Hsieh, and his eccentric lifestyle.

But Hsieh was more than eccentric. His views on business made him a groundbreaking CEO, for better or for worse. After all, Zappos went from paltry sales to a giant of the e-commerce world.

We'll tell you all about how Zappos got to the top and the unfortunate implications of its success in this episode of Forensics.

Back in 1999, the idea of selling shoes online seemed preposterous. How would anyone buy a pair of sneakers before trying them on first? So, investors weren't convinced of Nick Swinmurn's idea.

Swinmurn was frustrated with shoe stores. They either had the model he wanted but not the size or carry sizes he needed, but with limited models. So, he decided to sell them online.

And that's why he contacted Tony Hsieh. But, back then, buying things online was more an experiment, an adventure. Add to this that buying shoes can be an art form, so Hsieh wasn't convinced at first. In fact, he almost turned him down, but Swinmurn lured him a solid argument.

Hsieh was a visionary himself and was looking to invest. He had made his fortune when he created LinkExchange, an online advertising platform that he'd eventually sell to Microsoft for $265 million, in 1998.

He then formed VentureFrogs, an investment firm desperate for some action right around when Swinmurn contacted him. So, eventually, he agreed to invest in ShoeSite.com in 1999.

The name evidently wasn't catchy, so it became Zappos, after the Spanish word for shoes, Zapatos. It was short and to the point.

Zappos' initial months weren't easy. But Hsieh was confident enough to become the company's CEO in 2000. That same year, Zappos increased its gross sales to $1.6 million, and the following year, they grew to $8.6 million. So, what had fueled such growth?

Zappos had a lot going for it. The company survived the dot-com crash, and sales were growing. With Hsieh at the helm, the company had $70 million in sales by 2003, but it was nowhere near making a profit.

Hsieh knew there were many areas to improve, one of which was customer service, something that would become his obsession. He once told Harvard Business Review that He had many options with which to fix this problem.

He could outsource the call center to a cheaper alternative and increase the operating efficiency, but there was a big hurdle. Zappos' customers were mostly from the US. So, the company needed US customer service. Plus, a third-party company wouldn't have Zappos' core values and vision.

But finding accessible customer service representatives in San Francisco, where Zappos was based, was too expensive. Obsessed with a solution, Hsieh took the company to a cheaper state, not just the call center. He moved the entire company.

This would allow Zappos to have full control of inventory, customer relations, and company values. And that's pretty smart.

In 2004, he also managed to secure funding for Zappos from Sequoia Capital. Then, the company opened its first outlet store in Kentucky and created its first culture book. But it wasn't an ordinary company book; employees helped write it with personal essays.

These actions took full effect in no time, as Zappos closed that year with $184 million in gross sales. In 2005, Sequoia invested yet again, totaling $35 million, and Zappos saw $370 million in sales.

And this investment is vital. In fact, Nick Swinmurn says that, without Sequoia, there'd be no Zappos.

Now, his name doesn't come up that much since the founder quietly left the company in 2006 because "you can only talk about shipping shoes for so long."

But Hsieh thought the complete opposite, taking an almost obsessive view on company culture.

If you google Zappos and success, you'll find boatloads of articles discussing how the company culture was a key to its success. But, dig into the details, and you see some atypical methods.

Besides the company culture book we mentioned, employees had open communication through "Ask Anything" newsletters once a month. The facilities have on-site libraries to encourage reading, and Zappos has even hired sessions with life coaches.

Remember all the trouble Hsieh went to optimize the call center? Well, customer service was the stuff of legends. Though a phone call isn't essential for a company these days, Hsieh felt it was critical for the customer at the other end.

Zappos insisted that representatives fulfill the customers' demands. In fact, the number of calls they take in a day didn't matter. Instead, Zappos used other standards to ensure top-level service.

There are urban legends about representatives being on the line for six hours before the customer decided on which products to buy. One even helped a customer find a pizza place.

It doesn't end there; another example is shipping. Zappos doesn't charge for shipping, even on returned shoes.

And that's the key. Hsieh was obsessed with customer service. Many in the media even called him the "king of Customer Service." Think about it: how many companies do this? Not many. But not everything was perfect.

On a scale from 1 to 10, how weird are you? Think about it. I'll give you a second. That was a question Hsieh asked possible candidates.

"If you're a 1, you're probably a little bit too straight-laced for us. If you're a 10, you might be too psychotic for us. It's not so much the number; it's more seeing how candidates react to a question." He once told Adam Grant.

It makes sense. Caught off guard, people reacted more naturally. Hsieh, however, took it one step further with The Offer. After a week or so of hiring someone, Hsieh would approach that person and make them an offer.

They could either keep working for Zappos or quit. The answer might seem obvious, but there was a twist. If you considered quitting, Zappos would pay you up to $2000 in some cases. Why?

"If you're willing to take the company up on The Offer, you obviously don't have the sense of commitment they are looking for," Hsieh said in an interview.

Weird, extreme, but it worked. The Offer purged Zappos of those who didn't believe in it, and the company kept growing. By 2008, Zappos neared $1 BN in sales, and some companies wanted in.

But not all his corporate culture experiments worked out. In 2013, he eliminated all company titles. Zappos would become a "holacracy," a place without bosses. Sounds great, but when it happened, 14% of the workforce took up on that famous Offer.

Why did Amazon buy Zappos?

The first time Jeff Bezos offered to buy Zappos was in 2005, but Hsieh had turned him down. But the 2008 crisis brought challenging times for the company, and the idea of selling the company wasn't farfetched.

The challenges weren't only financial. Some of it had to do with Hsieh's views on culture. He told INC.com that the Board wanted me, or whoever was CEO, to spend less time worrying about employee happiness and more time selling shoes.

Also, cash was hard to come by, not a good sign in a company that relied heavily on credit lines. Initially, Hsieh and his CFO, and friend, Alfred Lin, decided to buyout the board, which would cost them $200 million.

It was then that Amazon reappeared. But no matter how good the offer was, Hsieh feared that his company culture, the one he had worked on for so long, would disappear.

The acquisition talks were tense, Hsieh recalled, especially with the Board. But, eventually, it came to fruition. For no less than $1.2 BN and, the cherry on top, the company's culture survived. In fact, Amazon copies some of Zappos' philosophies, including the Offer. Hsieh remained on the board and as CEO.

In fact, after the Amazon purchase, Zappos consistently ranked high in Fortune magazine's 100 best companies to work for four years in a row.

Hsieh's tenure as CEO was often viewed as successful and a great indicator of "how to do things right." He hung around celebrities and was famous for his energy, quirkiness, and overall good vibe. But behind the scenes, things were very different.

Hsieh was viewed as unique for his philosophies on success and his desire to make people around him happy. Philosophies that he captured in a book called Delivering Happiness: a summary of his views on marketing, finances, and life principles.

The book was an instant success. It debuted number one on several bestselling lists, received praise from the critics, and became a business reference for many.

He would consume nitrous oxide to deprive his body of oxygen and partake in the alphabet diet in which, for 24-hour intervals, he only consumed food with A, then B, and so on.

Journalist Angel Au-Young summarized Tony Hsieh as a man who loved to create happiness and needed non-stop action. He needed people, whether that be through parties or drugs.

"He fostered so much human connection and happiness, yet there was this void. It was difficult for him to be alone,"writes Au-Young.

A difficulty that increased with the imposed isolation of 2020. As the world shut down, so did the energy that fueled Hsieh. Close friends say that Hsieh turned more to drugs, and his mental health suffered.

So much so that he had to step down as the CEO of Zappos. He purchased several houses in Utah with his fortune, where he planned to melt art, food, and culture, and once again be surrounded by people.

But the world remained isolated. Socializing was still tricky, and Hsieh struggled between his visions and his addictions. His close friend, singer Jewel, had even warned him that his path had only one exit.

On November 27, 2020, Tony Hsieh passed away from injuries suffered in a fire one week before. The circumstances of his passing aren't precise, and speculation runs wild. But evidence indicates that he planned to enter rehab, signs that he wanted a change.

So, here's to hoping that his untimely death isn't in vain. His legacy is evident, both his lessons as an entrepreneur and the cautionary tale of the cost of success.