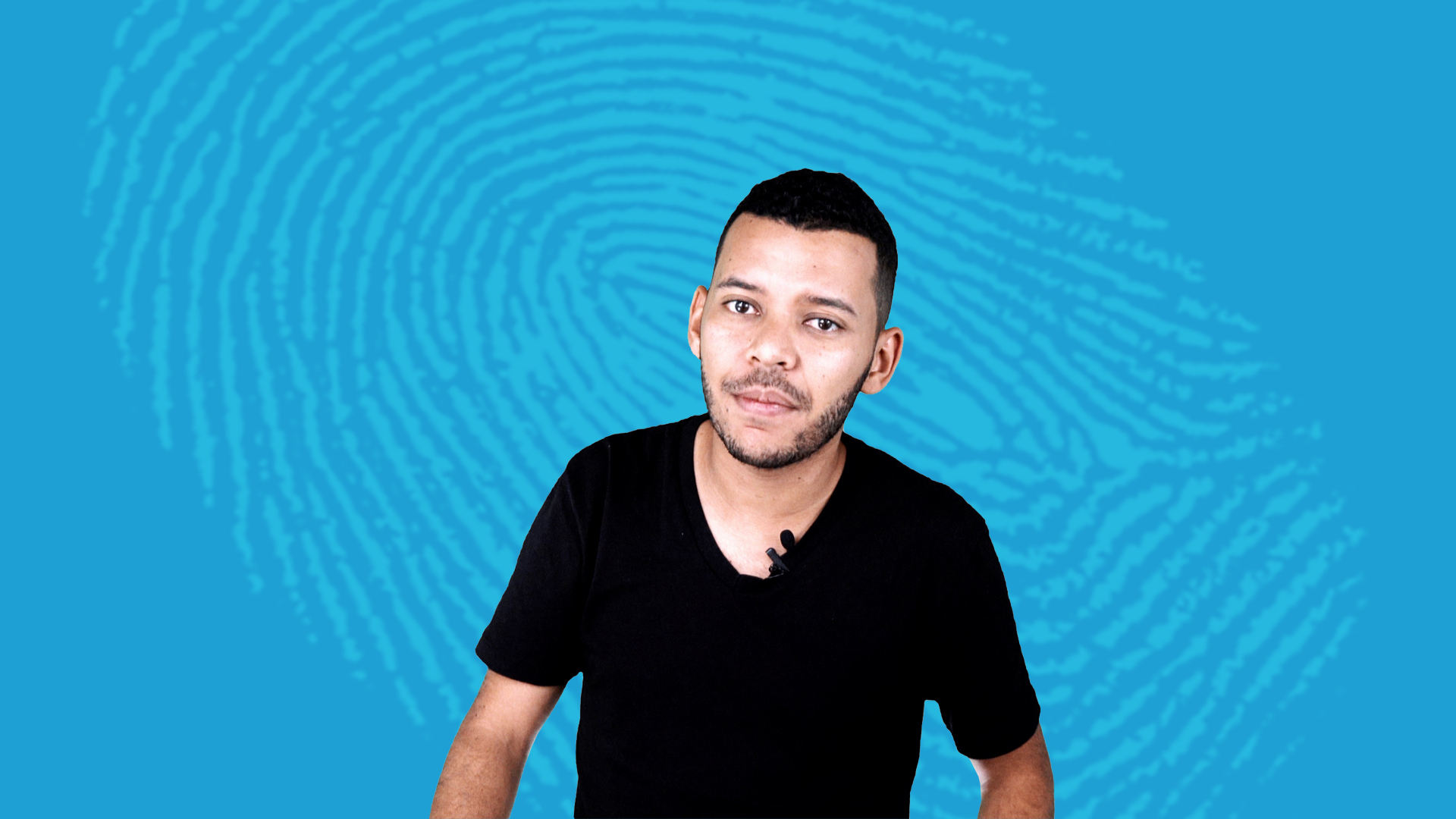 What happened to Pebble? | Company Forensics

What happened to Pebble? | Company Forensics

Pebble was the next great smart watch. And then it wasn’t. In 2012, it became the most successful Kickstarter campaign at the time. $10 MILLION PLEDGED. The wearable technology market was at the gates of booming and the product was promising. Hopes were high and the fever seemed to catch on.

Pebble was ready to take world by storm with its line of smartwatches. And, for a very short period, it did. But production issues and, most importantly, wrong decisions meant that just four years after its launch, the Pebble Watch and its company, Pebble, sold all their assets and ceased to exist. What was once supposed to be a game changer is now a lump of forgotten technology and a lot of lessons learned.

So, what happened to the Pebble Watch?

Pebble’s CEO, Eric Migicovsky wasn’t new to the world of wearable technology. Since 2008, he had tinkered with the idea of a watch that could dish out information like weather, sports, stock and, well, time. So he created the InPulse for Blackberry phones.

But the InPulse faced one hurdle that was hard to overcome and, eventually, would also haunt the Pebble. It was hardware, not software. And hardware needs a whole lot of money. Let’s look at Migicovksy’s early experiences with investors.  In 2011, he participated in the Y Combinator business incubator program.

The conditions were as follows: each participant would get $150 000 from investors and a platform by which they could set up links with other angel investors. Take into consideration one thing: out of the more than thirty participants, his was the only idea focused on hardware instead of software.

And, also, the InPulse was geared towards only Blackberry. Hence, the idea didn’t catch on. So much so that, Migicovsky only got one investor, Draper Fisher Juverston, with a total investment of about $375 000. Which he spent in manufacturing the InPulse. Which he was unable to sell. Because, well, Blackberrys weren’t a thing anymore.

The Birth of a Promise

After such disappointment, Migicovsky decided it was time for a major shakeup. He ditched the Blackberry operating system and opted for a new approach. The new smartwatch would be compatible with multiple operating systems, plus, it’d be waterproof. And, to officially break ties with the past, he christened it the Pebble Watch.

But, where would he get the money? Investors hadn’t showed interest so, perhaps, potential buyers would? In April, 2012, he took to Kickstarter with a goal of $100 000. And it worked. Beautifully. Within just TWO HOURS he reached his goal. By the 18th of May, he had raised 10,3 million dollars.

It wasn’t smooth sailing, though. Production hit a bit of a snag. The planned date of September 2012 had to be pushed back to 2013 because of issues with materials. But they had the money. So, after coming to terms with Taiwanese manufacturer Foxlink Group, productions started at a rate of 15 000 units a week. Just two years later, they had sold 400 000 units. “The time is now for Eric Migicovsky”, read a 2014 Financial Times headline.

The road seemed to open for Pebble. At least with their customers because, with investors, not so much. When Pebble wanted to launch their new product, the Pebble Time, investors weren’t interested. So, once again, they resorted to the crowdfunding strategy. And to great success, as they managed to round up $20 MILLION.

Though Pebble Watches weren’t the only smartwatches at the time, they had a couple of advantages over the competition. Pebble’s spearhead was its battery life, rated for seven days, which meant users didn’t have to charge them almost daily, as with other brands.

Also, it could link with iOs and Android. With information such as location, distance, altitude and such, users could enjoy more than 8000 apps for the watch. From basics such as stock, email, text messages and social networks, to more complex as remote control for phones and cameras, as well as GPS directions.

The devices were waterproof, and their e-ink display worked well under most illumination conditions.Plus, with prices beginning at 99$, it was all in all a pretty decent package. Until you got to the nooks and crannies. The user needed multiple apps to link the Pebble Watch with his or her phone. This dependency hindered usability cumbersome. Plus, connectivity dropped multiple times in a day, and it drained the phone’s battery.

Then, several users and reviewers discovered that the Pebble worked better the Android OS than iOs, which was a downside, since many of its users were, in fact, iPhone users. And, to top it off, first versions didn’t have a scratch-resistant glass.

Pebble attempted to fix this with the second generation. The new product had a color screen, Gorilla glass, a stainless-steel frame and even kept its famous long-lasting battery. Even with the up and coming Apple Watch creating noise, confidence was high. Migicovsky himself said he wasn’t scared of the Apple Watch and that it would boost Pebble sales as the latter was significantly cheaper.

This, for a brief period, really did happen. Pebble had outsold Apple. What a product! So, investors now would be interested, right? Well, no. They weren’t. And one of the reasons for this lack of interest was, in fact, their feel-good story: those very successful crowdfunding campaigns.

The Problems with Investment

You see, after the first kickstarter campaign, the investment firm Charles River Ventures handed Pebble 15 million dollars, Pebble’s first venture capital investment since its inception. CRV hoped to steer the company towards the health craze that was sweeping the wearable technology market, and a craze Pebble hadn’t jumped into from the start.

In an interview with Wired, Migicovsky recognized that venturing into health earlier would have been a good decision.

“We did not get this in 2014 — if we had come out then as the smartwatch fitness wearable, maybe it would be a bit different”

But, up until this moment, things seemed alright. CRV reported that sales were booming. Migicovsky stated that, by 2014, Pebble had sold one million units and maintained profit.  BUT he also said that 2015’s holiday season was disappointing, then didn’t disclose much else. And throughout all of this, the company was growing rapidly. Perhaps too rapidly.

In November 2013, the company had around 25 staff members. By September 2015, it had ballooned up to more than 160 employees, effectively quintupling its size. Morale was high, changes were on the way, such as heat-rate monitors and more health apps, the company was growing. Pebble had raised $10 million on its first kickstarter, received CRV’s 15 million investment and had strong sales in 2014.

But they still had to resort to crowdfunding for their second product? Numbers didn’t add up. And that behavior threw investors off. But that’s not to say people weren’t interested. Around 2015, talks of a possible purchase from watchmaker Citizen started to echo in the market.

That’s how much Citizen believed in Pebble. But Migicovsky himself rebuffed the sale. That’s right. He rejected $740 million and the reason why has never been cleared up. He just didn’t sell. And it happened, by the release of their second product that same year, another possible buyer, Intel, came knocking on Pebble’s door with an offer for 70 million. $70 million. Not $700 million. $70 million.

History repeats itself. What happened isn’t clear, but Intel walked away. Still, after turning down two possible purchases, Migicovsky was adamant that the Pebble brand would continue creating products.

They planned to launch the Pebble Core in 2016. Think of it as a smart keychain for fitness. And they needed money, desperately. That same year, they had to let go of 25% of their staff, and if investors weren’t interested at first, they were completely put off after the firings.

So, do you want to guess how they attempted to fund it? That’s right. Crowdfunding. And, yet again, Pebble managed to obtain $12 MILLION. These guys are really good at crowdfunding. But it wasn’t enough.

In the interview with Vice, Migicovsky tells of his desperation by mid-2016. He looked all over the world, for investors, suppliers, buyers, everything. Even with all that effort, by October, it was clear that Pebble was sinking and that the best thing to do was salvage as much as possible for their customers, employees, developers and investors.

The Purchase and Demise

Once Migicovsky knew he had to sell, a possible buyer didn’t take long to appear. It was a wearable manufacturer some people might know, called FitBit and they came in with a very, very low offer of around $40 million. But Migicovsky had no choice but to make a deal. Debts were piling up (estimates are around 25 million), investors were demanding their return and pledgers needed their cash back.

So, in 2016, for around $35 to $40 million, Pebble was sold to FitBit. No time was wasted. Fitbit scavenged Pebble for its most valuable assets, talent and tech. Then, they fired over 100 employees. And that was it. Pebble was gone.

In an interesting turn of events, Migicovsky ended up working for Y Combinator as a partner and Pebble remained only in the memories of those who worked for the company, bought the watch and believed in the idea. An idea that wasn’t necessarily wrong. But it didn’t have enough be right.

Once the Kickstarter fever died, they were left to their own devices. Literally.

Hardware is expensive and it needs to constantly reinvent itself. The company misread the market in several occasions and, with the influx of other competitors, such as Apple and Fitbit, those errors in judgment caught up to them.

Pebble was the fairy tale startup: a small company trying to fight the big guys, and, well, its demons. And, they can say they did manage to duke it out. At least for a while.

But the wearable technology market is still very confusing. At first, it seemed that the spirit of Pebble would survive with Fitbit. After all, by merging technology and lessons learned, Fitbit aimed to take over wearables, until it too fell victim to this complicated world of corporate giants.

And by late 2019, FitBit was purchased by Google.