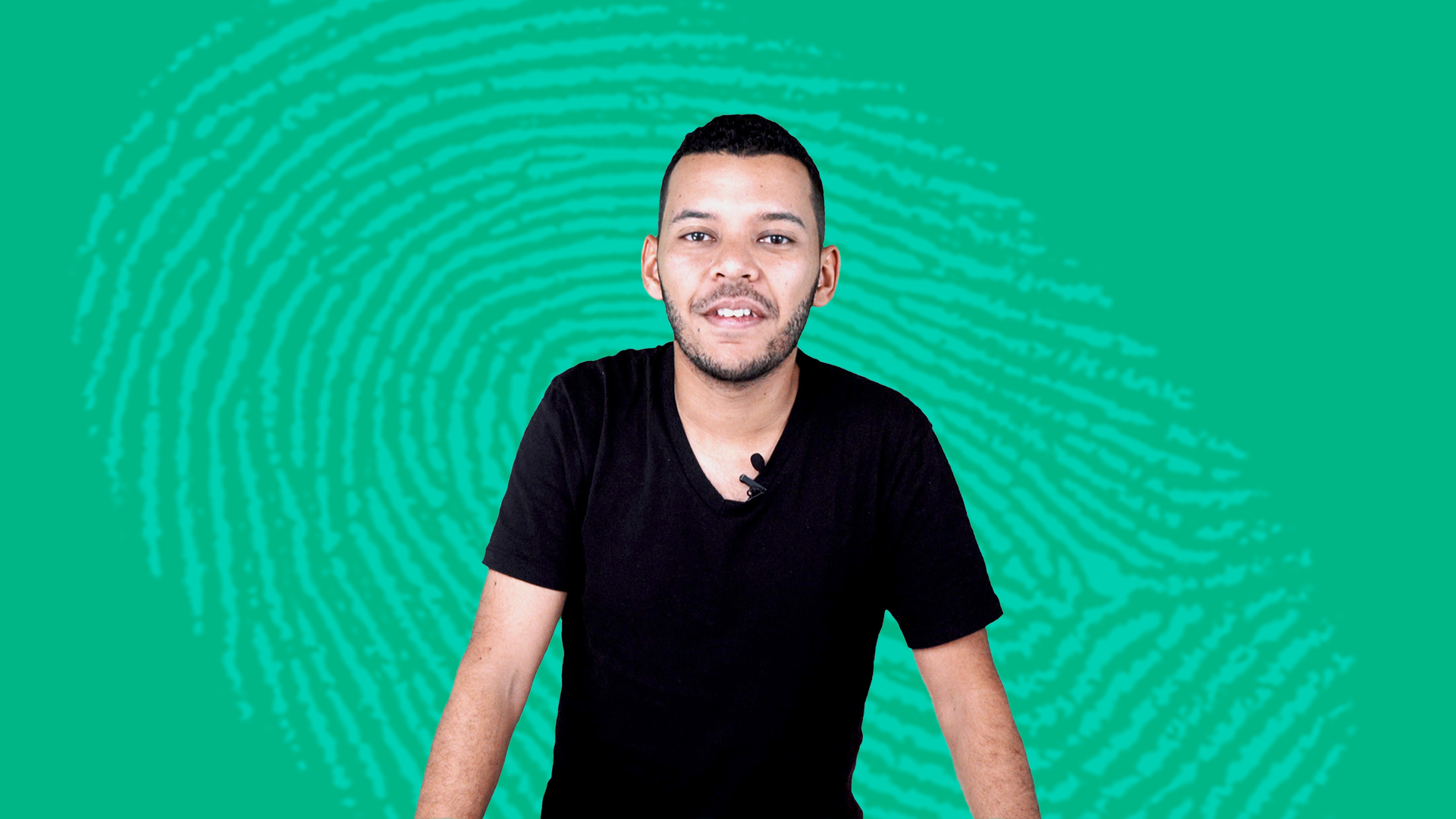 What happened to Vine? | Startup Forensics

What happened to Vine? | Startup Forensics

In this article, we’re going to throwback to Vine and dig into some key aspects of its rise and fall, including Twitter’s acquisition of the company, along with some product, and competition analysis.

Back in April this year, a select and enclosed group of a hundred tech enthusiasts, received an invitation to the private BETA of Byte.  And why would anyone care about Byte? Mainly because its creator is Dom Hofman, one of the founders of Vine. Yes, Vine, the beloved and very much dead social app for creating six-second long videos. Some of which reached billions of looped views.

With Byte’s Beta launch, some die-hard Vine nostalgics wanted to believe it was coming back from the dead and had high hopes for it. But the truth is, six months after that no one knows anything about it and even their website seems abandoned.

No need to say that the bar is set a lot higher now, for a new, unknown player like Byte to compete with monsters like Instagram with its 1B monthly active users and over 500M daily stories. Not to mention big newcomers like Tiktok, who reached 188M downloads from the AppStore in 2019 Q1. It would require big money and it doesn’t seem like they’re making it.

So, the diagnostic as of today is that Byte is dead even before having launched. It is more like Vine’s ghost instead of its rebirth. Looking at their Youtube channel pretty much summarizes it.

In case someone doesn’t know, Vine was a video sharing app for six-second looped videos, that looked like the next big thing back in 2013. Its particular format allowed for a very unique way of serving video content and chances are you have seen at least a few memes, or funny videos from Vine.

Very soon, it was evident that this video mechanics were driving creators in a particular direction. More about having fun and being creative within the constraints, and not so much about journal entries. It became something wilder than what they originally had in mind, according to Hofman.

Still being just a team of three founders with a product in Beta, Vine caught the attention of Jack Dorsey, Twitter’s co-founder, and CEO. There may have been some pressure in the air since just a few months earlier, Facebook had acquired that goldmine called Instagram.

So, in October 2012, Twitter acquired Vine for reportedly $30M, before the app had officially launched. On paper, the move made sense for Twitter, mainly because they didn’t have any video feature by that time. But there could’ve been a special bond between the 140 characters and the 6-second limitations.

Vine was officially launched in January 2013 on the Appstore and later on Android. Only six months after, it already counted 13M regular users.  Very suddenly, some viners started stacking followers and views by the millions, creating a new breed of social media celebrities. That success was merely due to the charm of the content being produced and there were no successful efforts from Vine to monetize the app. Despite this, the community and the love for Vine’s concept were growing rapidly. Some went really far into the production and elaboration of their six-seconds of fame.

But there was a leadership problem in Vine’s management at the time, reported by various former employees to different sources. Apparently, there was a reluctance to truly join Twitter creatively. So the apps never mixed completely and it was never clear how should they mix. For instance, the Vine team was the only cell working in a small office in New York, while the rest of Twitter was operating mainly in their Tenderloin offices, in San Francisco.

Still, Vine kept growing and reached its peak popularity in 2014. Some viners managed to close deals with brands interested in reaching their millions of followers. But Vine struggled to monetize the app and failed to provide a solid marketing infrastructure for its creators. Unlike Instagram, that was thriving and gave a low blow with their video feature release, in mid-2013.

They introduced 15 second long videos and smartly leveraged the numbers of those 16 billion photos that had already been shared in their platform to that date. Some consider Instagram’s incursion in video to be the true beginning of Vine’s downfall. Along with their lack of effective reaction.

The Beginning of the End

It wasn’t too long before Vine celebrities like Lele Pons or Zack King started taking their content and followers to Instagram or Youtube. And there was also Snapchat, who raised a Series C round that same year for $50M and was catering a very similar product and to the same audience as Vine, at a faster pace.

Former Vine employees have acknowledged they were outrun by the competition in evolving the product. The six-second feature seemed to be an important limitation to expand the platform’s reach for other markets and use cases but they stuck to it.

Here is where product management and competition, turned out critical. Let’s talk about Twitter’s product strategy during that time, in terms of video. Many argue that they never had a clear direction for the video feature and that it was all over the place. The following series of events talk about it:

As you can see, just a few months after having acquired and launched Vine, instead of developing that product branch, Twitter released a native video feature, that allowed to record or upload 30-second videos in the app. This showcased a lack of confidence to creatively bet on Vine, and a will to stick to more traditional means.

In 2015, they also acquired Niche, a talent agency to connect advertisers with popular content creators and celebrities. This was an effort to help manage relations between viners and brands, to provide a more solid revenue structure. Niche was a talent agency, though they wanted to believe they were a tech company; So their valuation was fatter. Time proved it wasn’t effective enough and it never really took off.

But still, that same year Twitter acquired Periscope, for $86M. Periscope is a live streaming social app that was booming at the time. But it never really became the next big thing Twitter had been looking for. They also pursued some partnership deals for live-streamed events like NFL games and Bloomberg shows; Making it all the more confusing as to where Vine fitted in their video strategies.

These unconnected moves undermined the Vine team’s performance and product development. Vine executives and employees had been churning out at a high rate since 2013. Dom Hofman himself left the company in 2014, shortly followed by Colin Kroll, another founder. Many more left, others came, and the company even remained headless for some time. All this while the competition was doing their thing and leaving Vine behind.

Only in early 2016, already a few months before passing away; Vine evolved from the six-second restriction and allowed videos up to 140 seconds long. Wink, wink. But it was too late. So, finally, in October 2016 Twitter released a very short notice on Medium, announcing the shut down of Vine. Of course, they didn’t mention all the details and events we have outlined here but didn’t even provide a reason for the demise. All the millions of vines produced would supposedly remain on their site as an archive, but that archive seems to have been lost now.

Most of the OG Vine celebrities had already moved to other platforms like Instagram or Youtube and had been thriving since. Lele Pons has 37M followers on Instagram and Logan Paul has almost 17M, as of today. But still, a lot of other viners who had earned a place there were left helpless and heartbroken.

The Ghost of Vine

The love for Vine can still be seen on Youtube. Just go search for things like “funny vines”, to find quite a lot of compilation videos with several millions of views. This can be taken as proof that Vine had a rightful place among the big players in the social media market, but apparently, poor management took a lot of responsibility in the disaster.  Maybe Vine wasn’t meant to be mixed with Twitter or maybe the acquisition happened just too early for both parts.

Shortly after Twitter’s announcement, Rus Yusupov, one of Vine founders who left the company in 2015, posted a very straight forward statement: “Don’t sell your company”. He posted this on Twitter, of course.

But truth be told, Twitter financials themselves have never been easy and the company has been known for struggling to survive over time… If we go back to earlier years like 2007 and 2008, we’ll see they even turned down several acquisition offers. Including a couple from Mark Zuckerberg himself. A few years later, then, they considered selling the platform in different occasions due to financial difficulties and got no luck. Still, they have managed to keep going and today they even have the blind loyalty of a very… let’s say, influential character…

We can’t really say that Twitter’s acquisition of Vine was its cause of death, or that selling your company is bad. But we can say that having a solid and happy team with a clear product strategy, based on your strengths and weaknesses, along with keeping competitors close in the radar; are critical business aspects on which a company depends, regardless of how basic they sound. You should probably care about these things before selling your company.

How to pitch investors remotely?

The dynamics of how to pitch investors investors and fundraising are likely going to change drastically in the next few months. I have always believed that real-life interaction between humans is critical in the decision-making process for an investor.