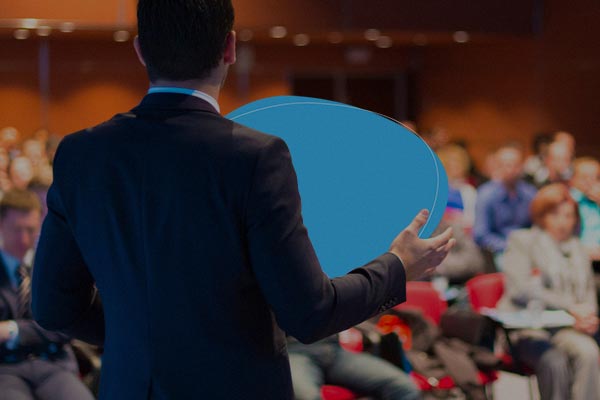 What I’ve learned from Speakers Around the World

What I’ve learned from Speakers Around the World

THIS ARTICLE WAS ORIGINALLY PUBLISHED IN THE FEMGINEER BLOG BY OUR 500 STARTUPS MENTOR POORNIMA VIJAYASHANKER.

For the past few months I’ve been doing a lot of speaking internationally. I was invited to speak at the Frontiers of Interaction, a design conference in Milan, Italy, and Twinkle a business conference in Tampere, Finland.

What I’ve enjoyed most about attending conferences in other countries (aside from indulging in the amazing local cuisine) is how much I get to learn from speakers who are coming from all over the world.

Here’s what I’ve learned from others speakers:

ENCOURAGE YOUR AUDIENCE TO PARTICIPATE

Even though the goal of going to a conference in a different country is to meet new people, attendees still end up networking, and sitting next to the people they know.

Maria Giudice who was the opening speaker at the Frontiers of Interaction conference had a wonderful and warm strategy for getting people to open up to each other. Maria’s talk was on The Rise of the DEO, an executive who embracing design thinking. She started her talk by mentioning the importance of giving hugs as a leader. She then pushed the point further, by persuading EVERYONE in the audience to take 5 minutes to give at least 3–5 people they didn’t know the audience a hug.

Sure the first hug was a little awkward, because I was hugging someone who was more than a foot taller than me. But over the 5 minutes myself and others opened up and really enjoyed it. In fact, it ended up making the conference a lot more cordial. The second day of the conference, I noticed people continuing to meet in the hallways and hug new people!

We all know that at some point during our talk, people in the audience will pull out their mobile phone or laptop. We don’t know if this means they are tuning out or tweeting about us. Micael Dahlén began his talk by encouraging participants to pull out their mobile phone and send a message to someone they were thinking about while at the conference. He circled back at the end and asked if anyone had received a reply.

The audience interaction doesn’t always have to be correlated to the content of your talk.

DON’T BE AFRAID TO TELL YOUR STORY

Since attendees are coming from all over the world, we cannot assume they know anything about who we are or the work we’ve done. Soulaima Gourani did a great job of weaving in stories from a number of her previous roles into her talk. She even admitted to being fired 3 times!

Sharing her successes and failures, gave audience members a sense of her rich background, while learning from her experiences.

Take the time to identify a few events in your life that flow well, and leave audiences with a sense of who you are. Don’t just focus on what your company does or the product it sells.

I really loved the way both Soulaima and David Rose, the author of Enchanted Objects, handled themselves when their slides just wouldn’t show up or advance.

Soulaima apologized that that audience couldn’t see her visuals, but proceeded to speak without missing a beat. It showed how strong her narrative was, and that she could deliver a killer speech without slides.

While David, ditched the clicker, and gave the A/V person a simple cue to advance the slide by snapping. People weren’t distracted, and were impressed by his creative approach.

Don’t rely on slides, demos, or videos. Get comfortable going off the script.

YOUR ACCENT IS ONE OF MANY

If you usually feel self-conscious about your accent, presenting amongst other speakers whose first language isn’t English, will put you at ease. The audience is already primed to hearing a variety of accents, and yours ends up bringing out your personality.

Plus audiences tend to be a lot more forgiving on pronunciation when English isn’t their first language. They also pay closer attention to what the speaker is saying!

For native speakers like myself, you realize the importance of slowing down and avoiding too many colloquialisms.

Embrace your accent and mix it in with others!

Did you enjoy this quick tip and want more help Improving your presentation skills? Then check out Karen Catlin’s and my new book: Present! A Techie’s Guide to Public Speaking