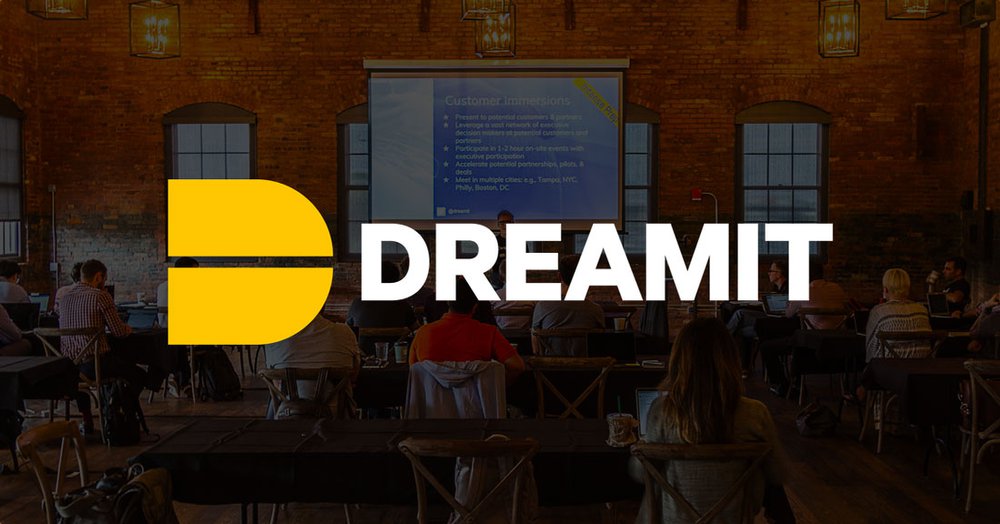 How to get into DreamIt

How to get into DreamIt

FIRST OF ALL: WHAT IS DREAMIT?

DreamIt Ventures is, in their words, “a fund and accelerator focused on startups with revenue or pilots that are ready to scale.”

Through 3 diverse programs, this accelerator currently focuses on what they have named as UrbanTech, SecureTech, and HealthTech. Respectively, the areas referred to real estate and construction tech followed by cyber, social, and physical security while topped with digital health, medical device, and diagnostics startups.

Having accelerated over 320 startups since 2008, DreamIt claims to have allowed the companies in their portfolio to “have raised over $800 million in follow-on funding and have a combined valuation of over $2 billion.”

With those fundamentals out of the way, let’s get to the actual juice of this blog entry.

HOW TO GET INTO DREAMIT?

We know the feeling; there’s this amazing opportunity not only to be a part of any accelerator but to also head out and live abroad with your founders for a bit as you try to raise the starting capital that will drive your business through the roof into all those dream-like stages of your company’s ideal. The extra cash for living expenses with the huge added benefit of being able to truly focus as a core team, 100%! on this new company is certainly more than a slight consideration. It’s more of a temptation, perhaps.

We’ve been there, and we’ve succeeded. Let us tell you how we think people should make their way into DreamIt.

WHAT WE KNOW FROM EXPERIENCE

When we started applying to accelerators, we did so with a company that precedes Slidebean, a mobile gaming app along the lines of Angry Birds named Pota-Toss. That’s what DreamIt Ventures, once deemed by Forbes as the top #3 most important accelerator in the US, accelerated at $25K for 6% company stock with a company value of around $1.3MM.

Contrary to us, most of the companies that got accepted in the program already had a working product and were ready to launch. For our CEO Caya, and in accordance to this article where he talks about Slidebean’s experience with accelerators, “The most successful company out of our batch was Headout, which truly leveraged the program to get traction in NY.” You might find that an interesting read from here, as well, by the way.

So back in 2011, Caya founded the game that was released on the App Store on October 2012. It was actually Techcrunch and CNN the ones who first considered the Kickstarter-funded iOS game as 'The Next Angry Birds' after 300,000 downloads.

Along with raving reviews, those downloads had already managed to get some paid users out of the App Store. Without secured funding round, though, Caya moved on from a shelved app to Slidebean. Fortunately, Caya also applied to an accelerator again and was welcomed back with his new company. We can discuss that in an upcoming article later.

WHY THIS IS IMPORTANT

Why is that, do you say? The main and quite obvious need for these kinds of programs is for the admitted startups not only to make sense but to actually be able to prove some traction.

This makes a big difference from state-funded accelerators, but, since DreamIt is not one of them, let us focus on that in a separate read when we discuss StartUp Chile next.

So, make sure you’re able to validate your proposition before you knock on a privately-funded accelerator program would be our best piece of advice. Traction simply matters!

Though we were an isolated case for our generation, the truth is that most startups already have a product by the time they start the program. Whoever is brought into the office as part of DreamIt is or should be able to actually show and discuss their product with the diverse mentors and investors; which bears in itself a clear advantage. For us, it certainly would have made a big difference had that been our case by the time we started the program.

In fact, if we could only highlight a single most important lesson from DreamIt, it would be to not use the time spent in the accelerator in product development. The actual time spent in the program is too short and valuable for that.

We’ll be talking about most privately-funded, US-based accelerators here, so please don’t make the mistake of taking this for a whole given truth to be applied in all scenarios. In general terms, however, the resources and network you get with most accelerators that fit this description are all done in exchange for a small part in the companies they’re developing. From the usual 6 to 10% of common shares, the price is usually seen as a small one to pay in exchange for all the benefits you receive. We get how you can see that, especially if you’re in an earlier stage as a start-up.

So, take that into account when thinking of an application to one of these programs. If the accelerators focus on building successful companies that give them a return on investment, then your company needs to show the most likelihood of successfully walking out their door. You don’t need to prove flawlessness; it’s understandable that every generation will have a company or some that simply fail at raising seed capital to probably die shortly after having taken part in the schedule. But the bet is to the most amount of start-ups succeeding.

HEADS-UP FOR THE ROAD

While we’re at it, let’s wrap up on a piece of advice if you’re aiming for DreamIt. At least while we were there, the office space was available 24/7. However, once Demo Day was out of the way, the office closed down for at least 2 weeks.

Moving from an intense 3 months where people are so strongly motivated to work late into the night and over the weekends to homelessness in a foreign country only puts you at a quicker pace to make the most out of what already seems like a very limited experience time-wise. Get ready to juice yourself out!

SWEET LOVING BEFORE YOU GO

As a final piece of advice, also, the golden lesson here is that, no matter how painful the learning experience can be, sitting next to like-minded business people who are working on the same goals and ideals for their own projects is one of the best learning experiences you can have in the start-up world. We say definitely go for it!