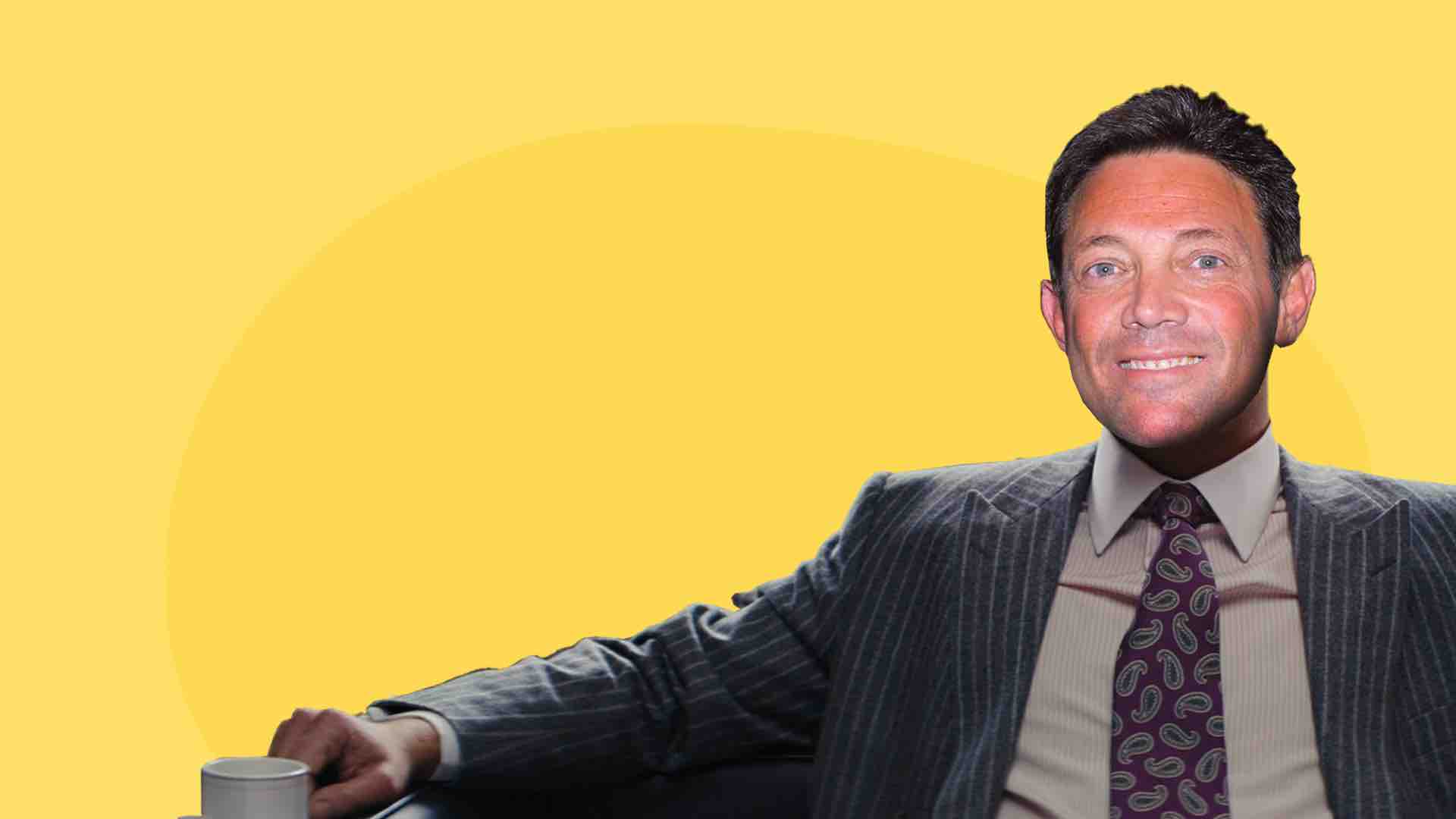 The Wolf of Wall Street: fact, fiction and a lot of crazy

The Wolf of Wall Street: fact, fiction and a lot of crazy

In the 80's and 90's, the stock market was a place where ambition turned into greed. Here, there was only one rule: make money and spend money.

It was a world dictated by vice: fancy cars, expensive drugs, crazy parties, and lots of sex.

And one name stands out: Jordan Belfort.

We've all seen the movie and heard all the legends. But there's more to the real-life Wolf of Wall Street than a couple of books and a movie. And we'll tell you all about it, in this episode of Forensics.

A wolf is born

Jordan Belfort was born in Queens, New York, and he got into selling stuff from a young age. In his book, he tells how he and one of his childhood friends sold Italian Ice from Styrofoam coolers, managing to rake up to $20 000.

He planned to use his money to enroll in the University of Maryland School of Dentistry, where he lasted…one day. The reason: the dean told him dentistry wasn't a career to make money. And money was all Belfort wanted.

So, he ventured into selling meat and claims to have sold 5000 pounds of meat in a week. This business, however, went bust, and at age 25, he had to declare bankruptcy.

Then, he took up a job as a stockbroker at a major firm, where he found his calling. Eventually, he had enough money to buy out another investment firm called Stratton Oakmont.

He hired some of his childhood friends, such as Andrew and Kenny Greene, and Daniel Porush. Even his father was in the mix. These were determined individuals who had one goal: to make money—lots of it.

And they made millions. At just 34, Belfort had already taken more than 20 companies' public, and his fortune was enormous.

However, not all was perfect; we need to take a pause here. Belfort has always claimed that Stratton Oakmont had the best intentions in mind.

But, the company frequently crossed the threshold of legality with something called pump and dump.

This scheme consists of inflating or "pumping" the price of a stock to benefit stock owners. After pumping the price, the owners sell it quickly, or "dump it", to make huge profits, but because there was so much stock flooding the market, the prices plummeted, and those left with those stocks lost a lot of money.

And the stocks he bought weren't even good. The value came from his minions spreading rumors and positive statements, only so he could dump the stocks fast.

Stratton Oakmont's environment was what's called a boiler room, in which salespeople work in a high-pressure environment, trying to sell securities to potential investors. One key strategy in boiler rooms is that they never used negative terms and discouraged customers from researching in other places. "Hey, trust me, it's a once in a lifetime deal."

The rise to the top

A lot of people wanted to work for the fast-growing Stratton Oakmont firm. And most of them were under-educated, young men and women desperate for money. Such staff seems like a bad hire, but, for Belfort, it was great.

He could mold his employees into the best version of what he needed and build himself an army of money-hungry predators willing to shake up the stock market. He even had a nickname for them: the Strattonites.

One of his biggest hits was taking Steve Madden's brand public. How? Well, his partners had Madden stock at about $5. He pumped up the value to about $20 a share through his boiler room operation, just after the opening.

Then he called his cronies, in places he affectionately knew as ratholes (I'd love a tour), to dump the stock and produce most of the profits. With this operation, he earned about $20 million in just three minutes.

But having an army of drones and millions of dollars didn't stop Belfort. No, he wanted more and created other brokerage firms to have more control of the stock market.

But two elements of the ecosystem were growing out of control: the size of the operation, and the crazy, vice-driven, all-out lifestyle.

The wolf gets hunted down

Belfort was living large. He once had a $700 000 hotel bill; he landed his helicopter with one eye closed because he was so high, his depth perception was off.

He sank a yacht. His secretary sent him drugs to London via Concorde because he had consumed them all. He has even said he took enough drugs to sedate a country.

But he wasn't the only one. He even wasn't the wildest member of the team. That honor goes to Daniel Porush. He partied to such an extreme many have described him as "giving a new meaning to the term abnormal".

Porush commonly smuggled drugs in his rectum when the team went on international trips, and legend goes that he even swallowed his employee's pet goldfish as a punishment for being unproductive.

It's safe to say that no one in that firm flew under the radar. Add to this, their shady scheme and Stratton Oakmont drew a lot of attention, which wasn't a good thing for them.

Entities such as the Securities Exchange Commission and the National Association of Securities Dealers or NASD had their sights on the firm as far back as 1989, intending to shut it down.

In fact, after many attempts, the SEC finally managed to corner Belfort and charge him with illegal practices. He reached a settlement in which he had to sell all his shares of Stratton and Oakmont.

His shares went to Porush, who ended up as president. But this was only the first blow. Porush did a lousy job, and the firm went bust when, in 1996, the NASD expelled Porush and the firm, rendering it unable to operate.

The hunt had taken so long that the NASD celebrated the expulsion.

"With this expulsion, we have rid the securities industry of one of its worst actors," said NASD Regulation President Mary L. Schapiro. Talk about having haters.

But losing his firm was only the beginning. Belfort learned, through a friend, that the FBI was investigating him for money laundering and fraud.

Having the feds on him only increased his drug consumption, which was already plenty. He loved cocaine, meth, and Quaaludes, a drug popularized during the 70s and 80s that provided a euphoric effect.

In many interviews, Belfort had said that he took eight when an average person took one. His drug abuse was such that a blood test revealed seven different types of drugs in his system. He grew paranoid of his friends and associates, especially after authorities detained his banker in Switzerland for money laundering.

With so many drugs in his system, he once kicked his second wife, Nadine, down a flight of stairs. Another time, he took his Mercedes and drove back home, only to realize, once he got there, that he had crashed into several objects and didn't remember.

He was falling off a cliff, and then, the authorities finally caught him.

But when they did, he decided to save himself. He cooperated with the authorities, and against his former colleagues, to have a reduced sentence of 22 months. Plus, he had to pay back $110 million, which might seem like a lot, but he faced up to 30 years in prison.

And, currently, after serving time, he gives lectures on how to bounce back. He's off drugs and says he's sorry. That's where our story ends.

The Wolf of Wall Street was a wild ride. But there's a big flaw, and it's the narrator. Remember that Belfort lived in a drug-fueled bender in those days, not the best combination if you want to remember the past.

And that critic was none other than Daniel Porush himself.

When the book was released, Porush's biggest problem was the fact that Belfort has used his name, which is why Scorsese changed it in the movie. All he hopes with the film is that it doesn't glorify criminal behavior.

With due reason: it is pretty wild. The former co-founder of Stratton Oakmont has gone far to debunk certain aspects of the film. Nobody called Belfort the Wolf of Wall Street. There was no memo requesting a sex-free work environment, and there was never a chimpanzee in the office.

But Porush did swallow the goldfish. A source of protein, I guess.

There is another source of criticism, but not with the books or movie, but with Belfort himself.

Yes, he has changed. That's what he claims. He talks to significant companies about success and business and shares his experiences about remaking his life after prison.

But many doubt his new, holier-than-thou persona.

In an article in the Independent, former FBI Special Agent Greg Coleman said of Belfort:

"I have run into individuals who were bad people doing bad things, and I've run into ones who were good people who made a mistake and will never do it again. Belfort was terrible. And while there is some attempt on his part to clean up and change, I think he is still a work in progress. There were a lot of victims who could ill afford to lose that kind of money."

Belfort has repeatedly said he's sorry, but former prosecutor Johel Cohen thinks otherwise: "My sense is that he is only half-repentant, for whatever reason - whether he thinks it sells books and movies better. He says he is sorry to his victims, but on the same token, he tells the world that only 5 percent of his behavior was criminal."

This comment is related to the agreement after Belfort's detention. Following his prison release, he agreed to pay 50% of his income to his defrauded investors in 2009. But, in 2013, the U.S. Department of Justice claimed he hadn't paid back.

On the other hand, Belfort denies this. He says that he didn't plan to make money out of either the book or the film.

But Belfort doesn't come from the most ethical of places. So, we face a dilemma. How hard can we judge Belfort's past without considering his present? Or is it the other way around?

Slidebean Founder's Edition: What We Can Do to Help Startup Founders

Our Founder's Edition plan gives you access to our company founders, who are available to answer your questions around fundraising, growth marketing, and design.