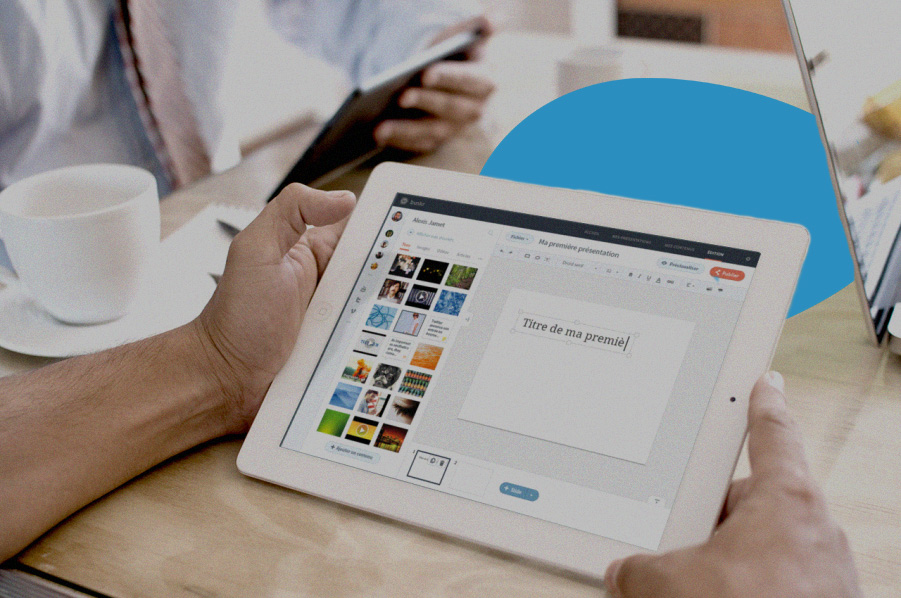 We heard the news today that the French startup Bunkr was acquired, and that they'd be shutting down the public version of their online presentation tool to integrate their technology into their now-parent company, Synthesio.

As our direct competitor, we have been following Bunkr since we started working on Slidebean (they even announced their latest round the same month we launched our product). Having worked in a similar business for a while, we have a few insights and thoughts on their situation as a company right before the acquisition.

We also have deep respect for the Bunkr team. They achieved a lot of things that we are yet to accomplish (like raising $1MM+ in venture capital), and they had a robust, easy to use presentation interface. We obviously shared a lot of ideas and were trying to solve the same problems, so I like to believe we are very like-minded people.

(I actually share a connection with the founders of Bunkr and have already reached out to get in touch with them, now that we are no longer competing. I'll make sure I update this article if I get a chance to talk to them).

I'm going to speculate about a few things based on my knowledge of the presentation space and the stuff we've learned during this process. I might be wrong, and again, I'll update this as soon as we know more.

“Startup buy-outs that shut down the products and that don’t disclose the acquisition sum are usually a reflection of a struggling company.

We had concluded a while ago that Bunkr was struggling and that this acquisition would come to soft-close the company while bringing some returns to their investors. Startup buy-outs that shut down the products and that don't disclose the acquisition sum are usually a reflection of a struggling company with no alternative exit for their investors (often, but not always nicknamed acqui-hires).

With Mattermark, we've been able to follow and compare our progress to our competitors, and we noticed a few months ago that Bunkr had been forced to reduce their staff from 14 to 5 people. Back when our team had 14 people, we had a burn rate of around $75,000/mo with part of our operation based in Costa Rica. We can only assume that theirs was similar or higher having a team based in Europe.

We also competed directly with them for many of our keywords in SEO, so we have a decent estimate of the traffic that they were able to bring to the site organically every month, and therefore the number of signups. Like ours, it was not in the hundreds of thousands per month.

Still, the biggest difference between Bunkr and us was the focus on monetization. Slidebean became a premium tool back in 2015 and Bunkr went for a free/freemium model. With an operation of ~$75,000 and no revenue, Bunkr's bet was to raise additional funding sustain the company.

I've blogged about this repeatedly: building a robust business model, and focusing only on users that were willing to pay was essential to keeping our company alive.

Removing our free version has been a common theme for debate with other startup founders and even with our users, but we stand by our decision, and we believe this might be yet another proof that we made the right call.

It's too late for free presentation tools

Bunkr had a 'pure play' free model, and it is my understanding that their strategy was to get to millions of users before trying to monetize them. This route is very capital intensive, and it requires the company to be able to secure more and more funding to keep supporting their team and their users, and this is where I believe Bunkr fell behind.

Prezi launched in 2009 and they were able to raise multiple rounds of funding in the coming years. In the early 2010’s it was much easier for a PowerPoint competitor to secure funding based purely on user engagement: cloud productivity was still new and sexy; there was nobody else in the market and SaaS was a new-ish type of business model that investors were still learning.

Fast forward to 2017, SaaS investors have learned a lot about what mak

There are many other online presentation tools in the space, and we keep a close eye on all of them, like any other competitor. Raising that Series A round, we believe, will be the biggest challenge that all of these companies will face, and their ability to continue growing without depending on additional funding will be the differentiator that defines the winner.

We wish the best to the Bunkr team in their new endeavors.

A pitch deck is usually a 10-20 slide presentation designed to give a short summary of your company, your business plan and your startup vision. Here you'll find the Best Pitch Deck Examples that made companies like Airbnb, Uber and Facebook, the giants they are today.